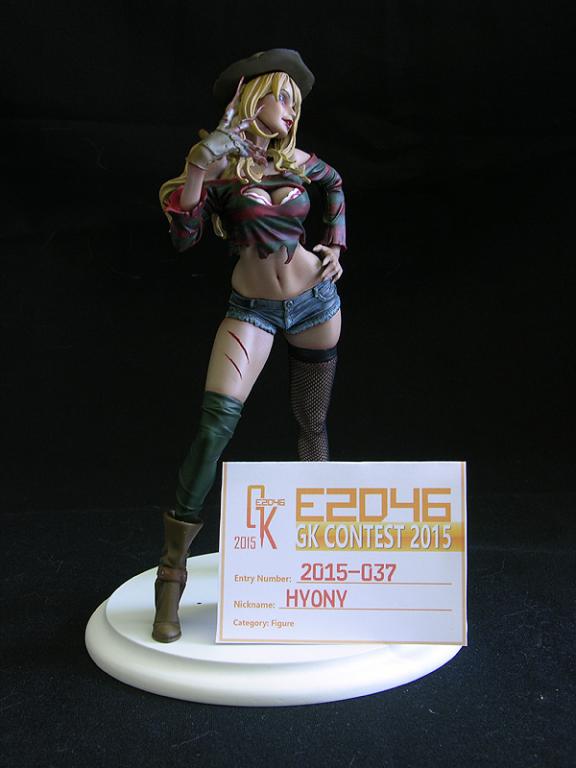 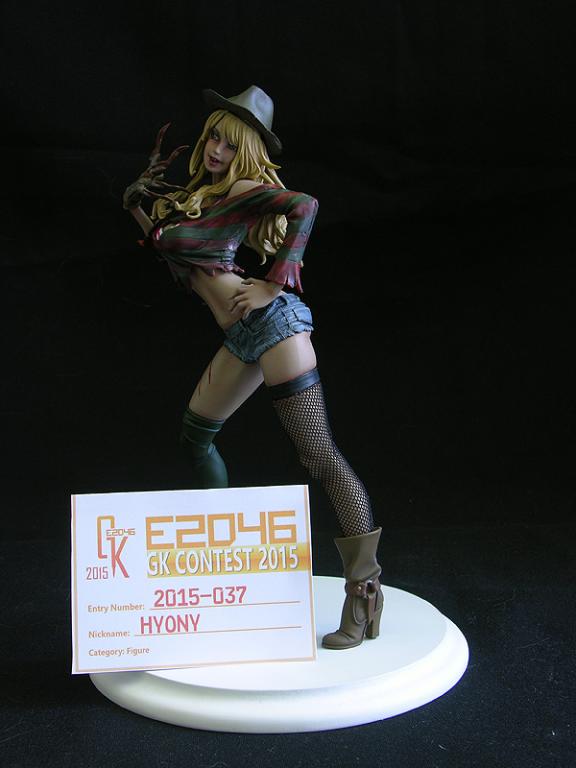 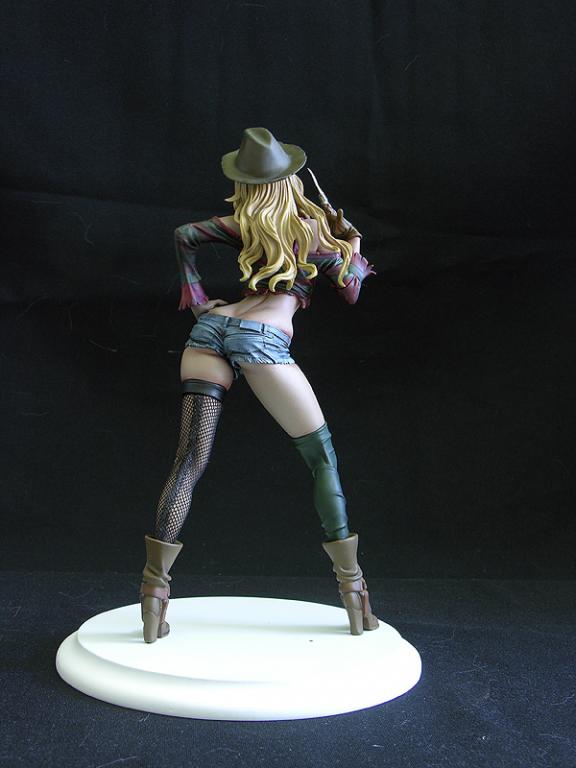 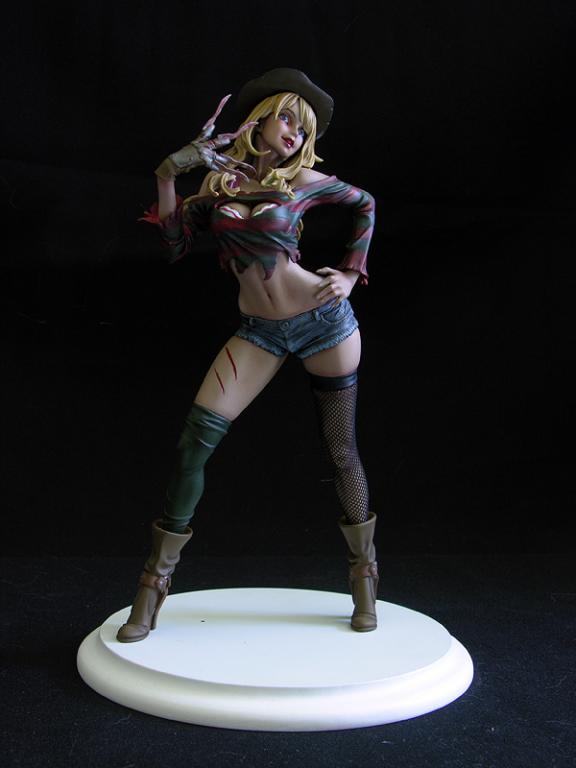 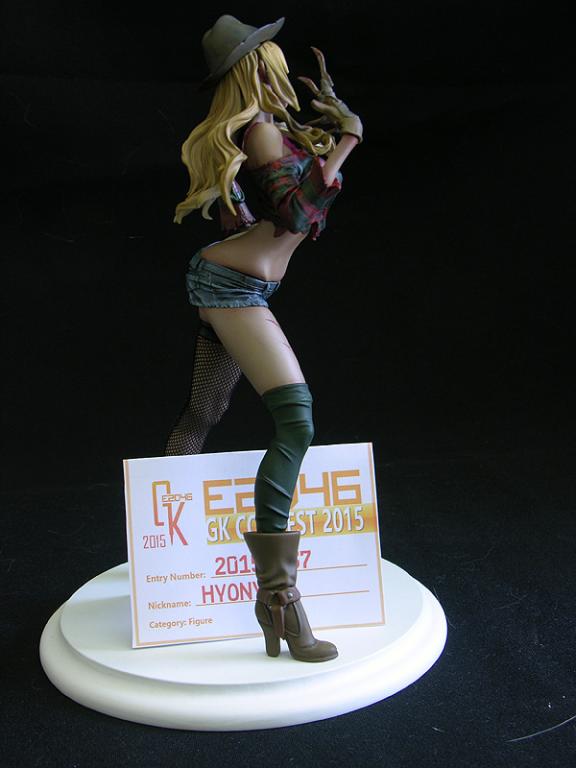 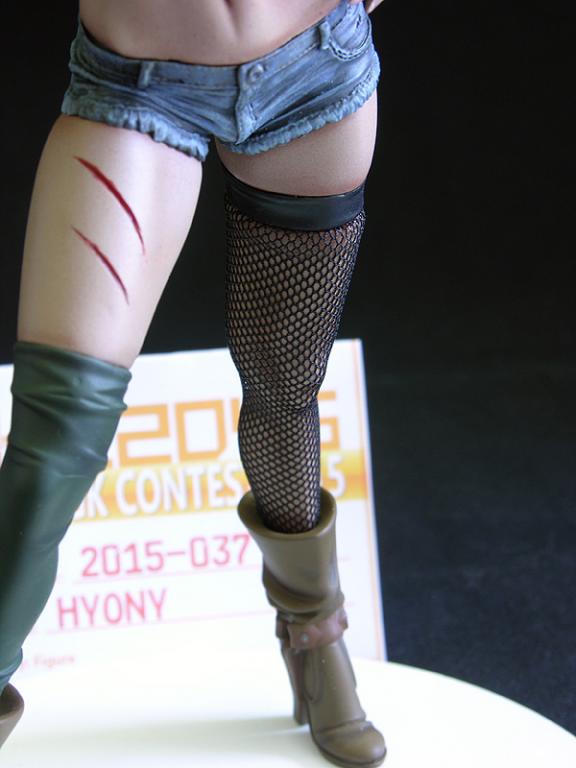 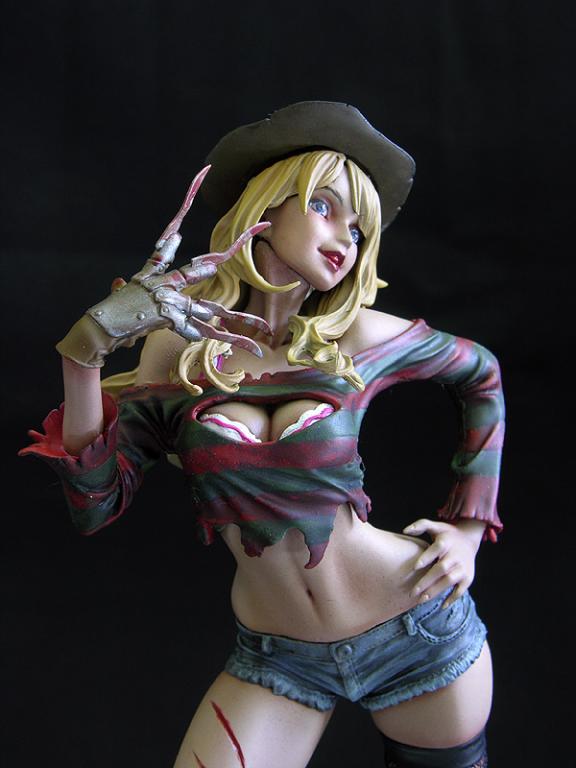 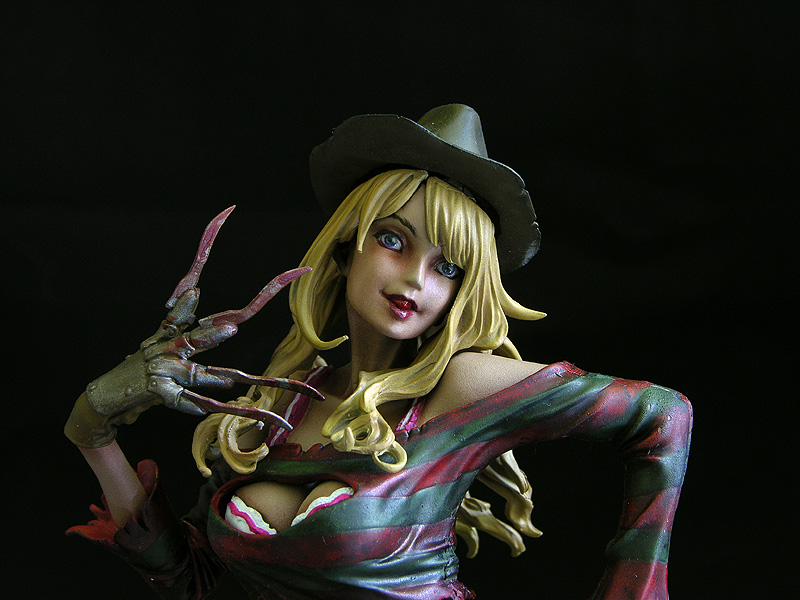 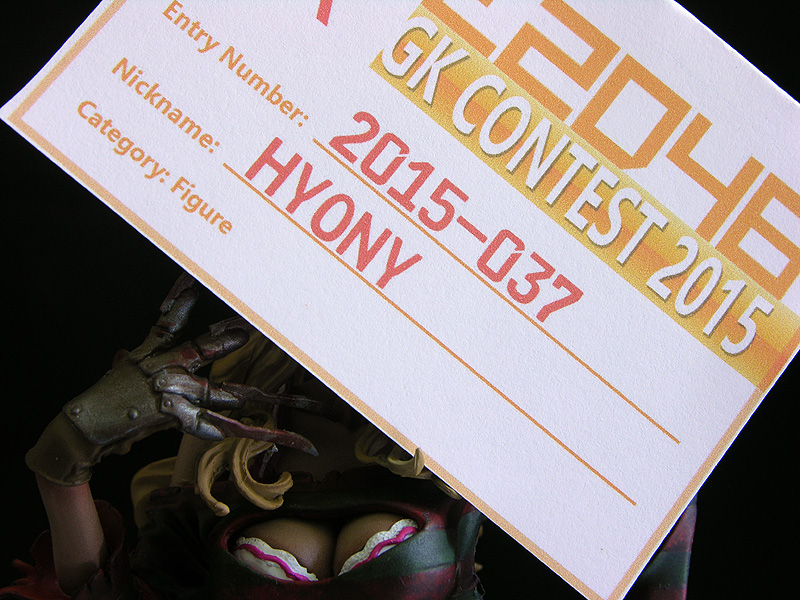 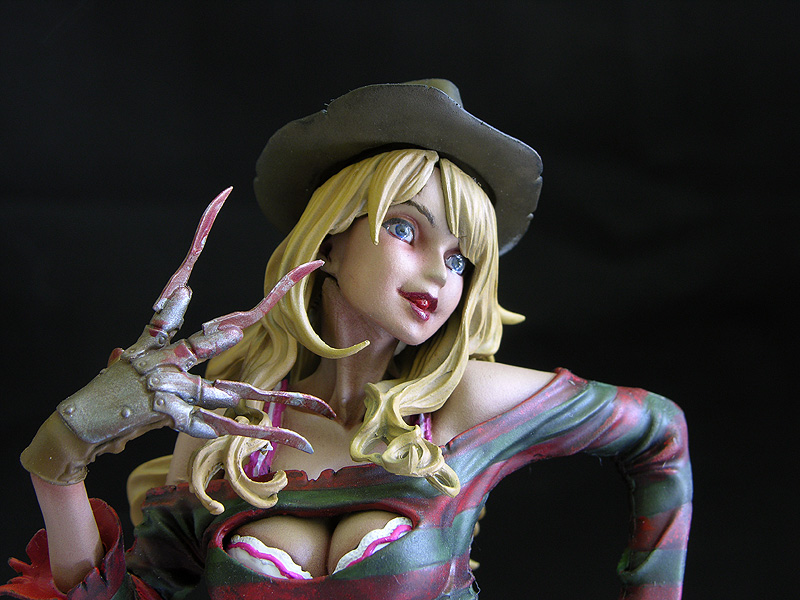 The fitting was awful, and in the end I stopped caring about. The first head I received was also disformed, guess the whole kit was a big mess. I am satisfied with the paint-job tough. Tried something new and it was a success, no WIP this time. I\'m lazy. EDIT: I just noticed that what looks like her tongue (and I painted it red because it really looks like a tongue), is actually her teeth!!!! Damn that whole cast is so f*****g awful. I\'ll change it one day… 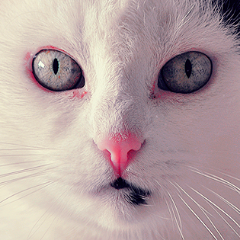 Too bad about the fitting; it's unfortunate, but it happens sometimes. She looks amazing, regardless.

The colours are spectacular!

The shading on the shorts is amazing!

The painting's indeed interesting. I like it. The figure itself is not so much of my taste but the painting gives it a really fitting effect. Really nice done! 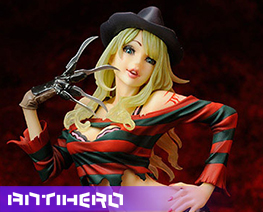 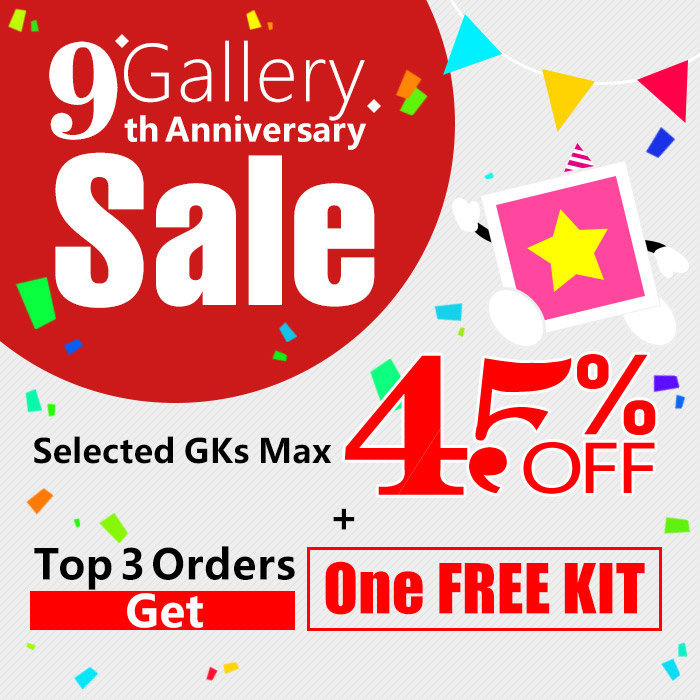