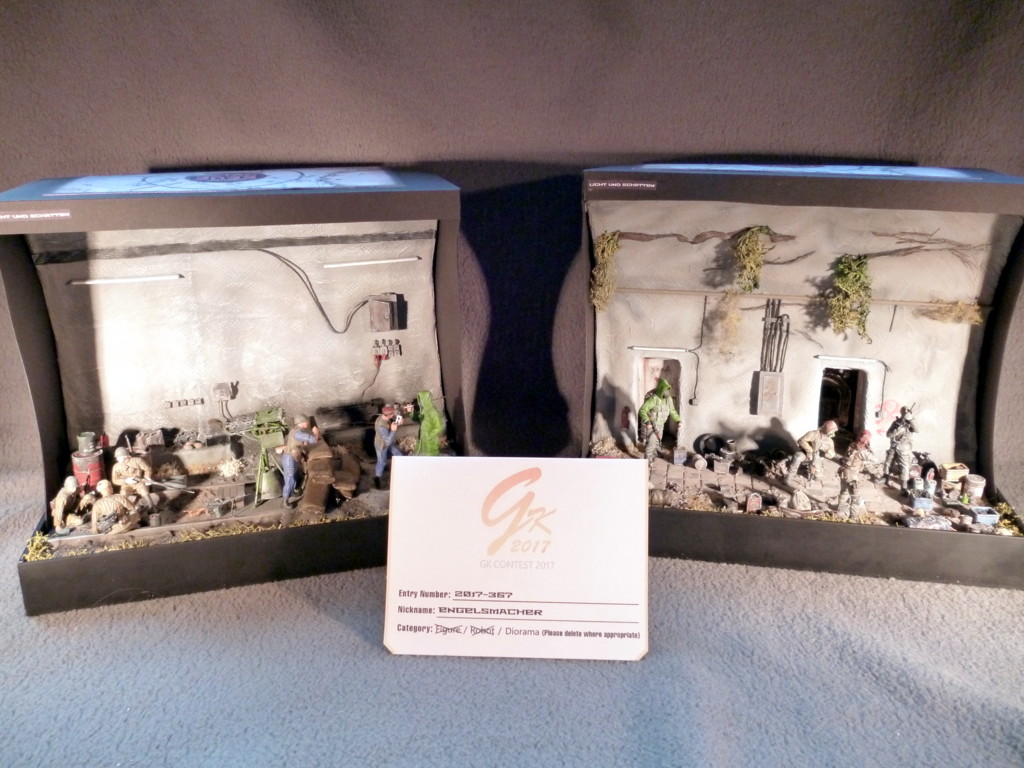 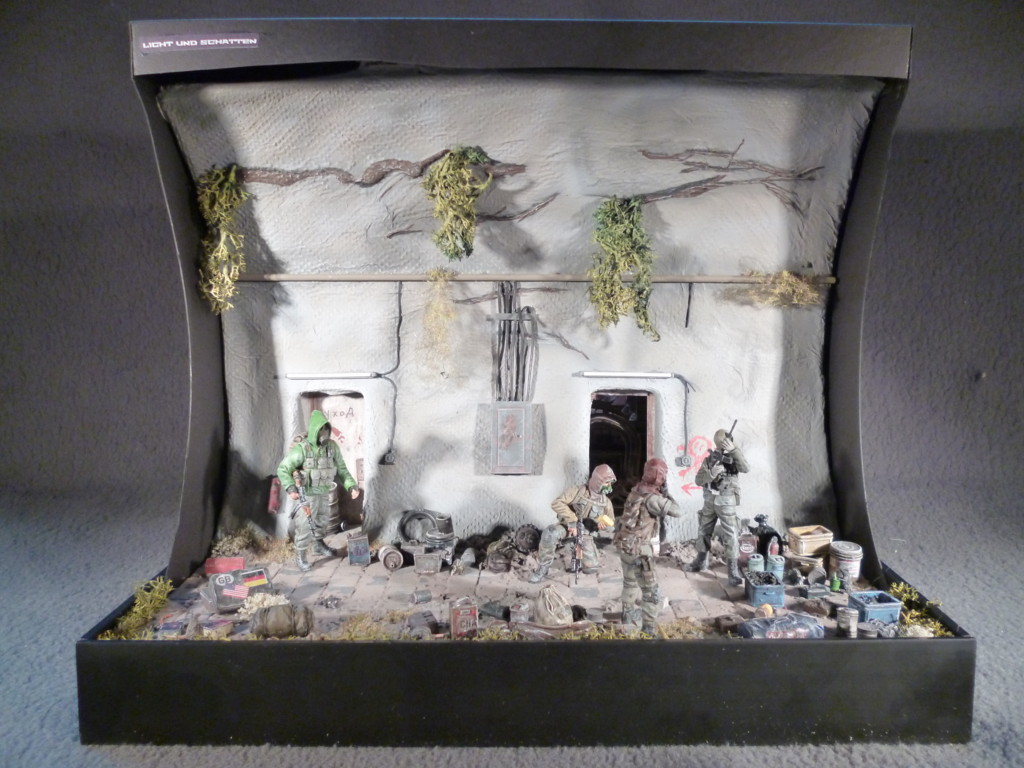 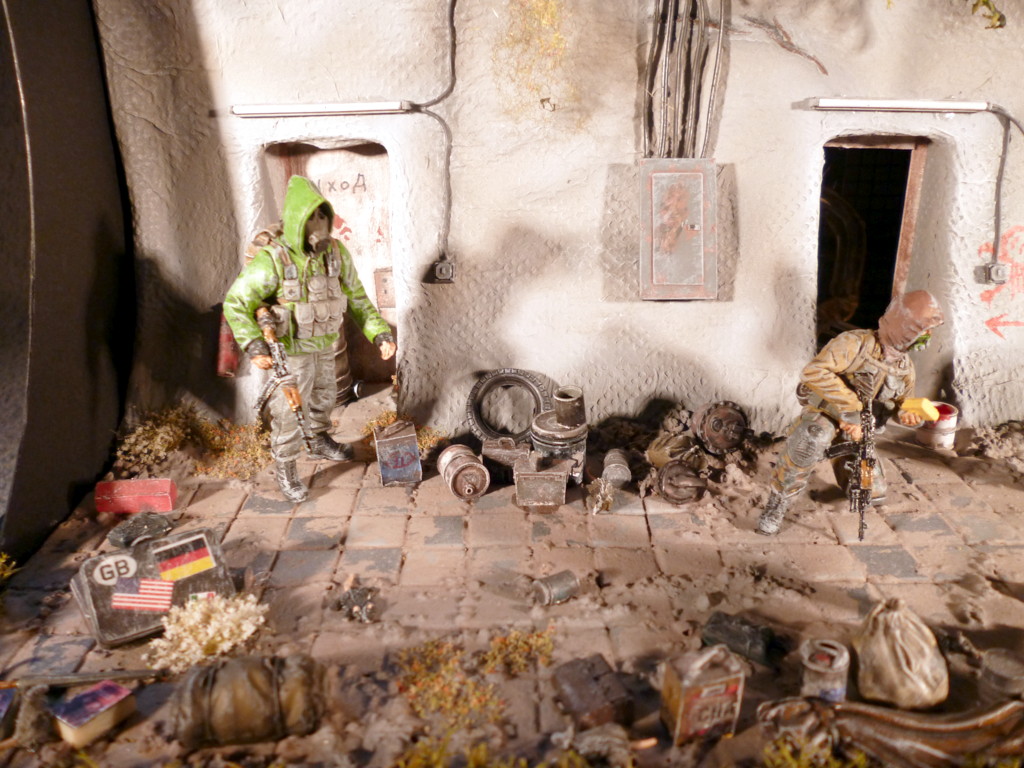 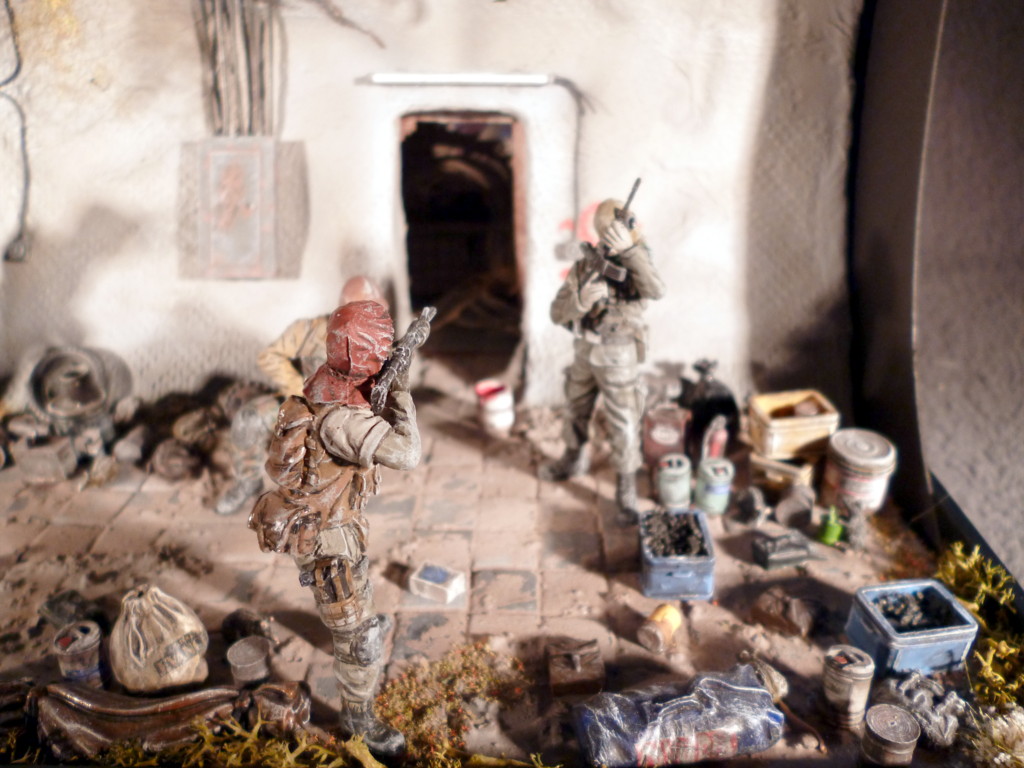 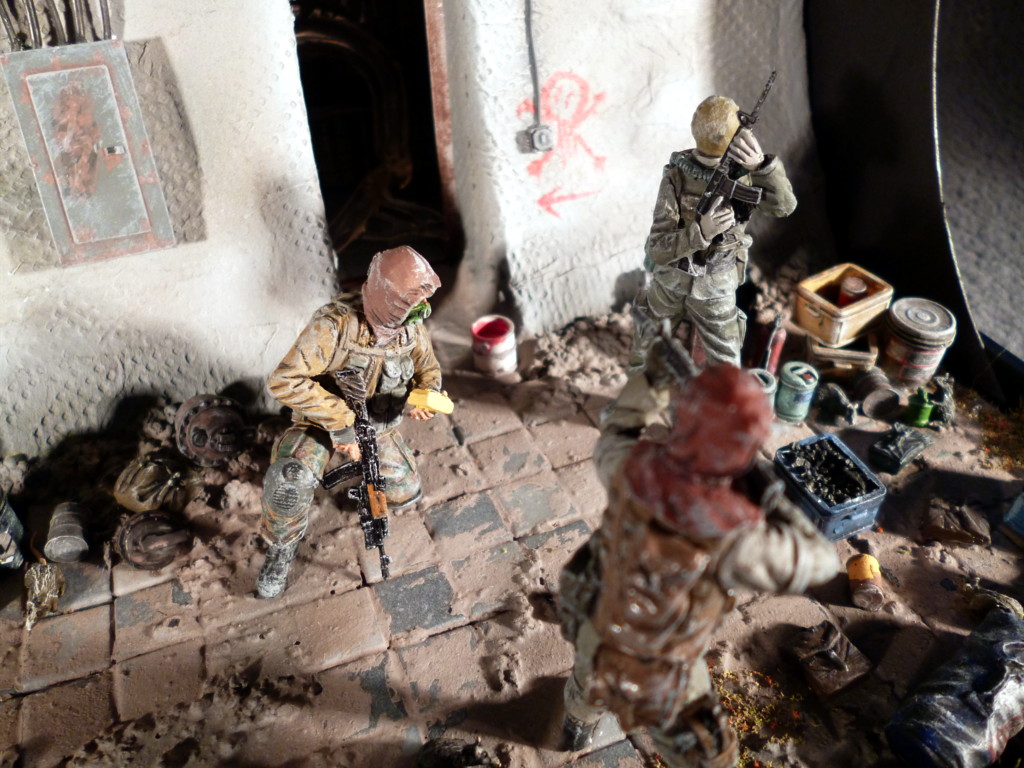 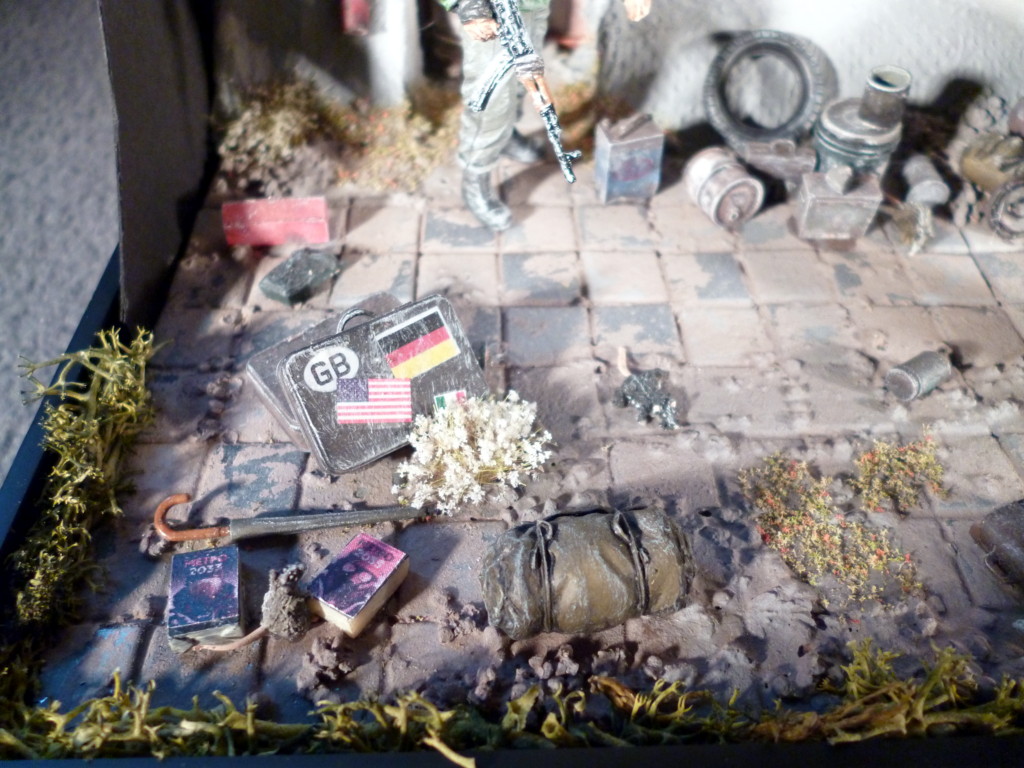 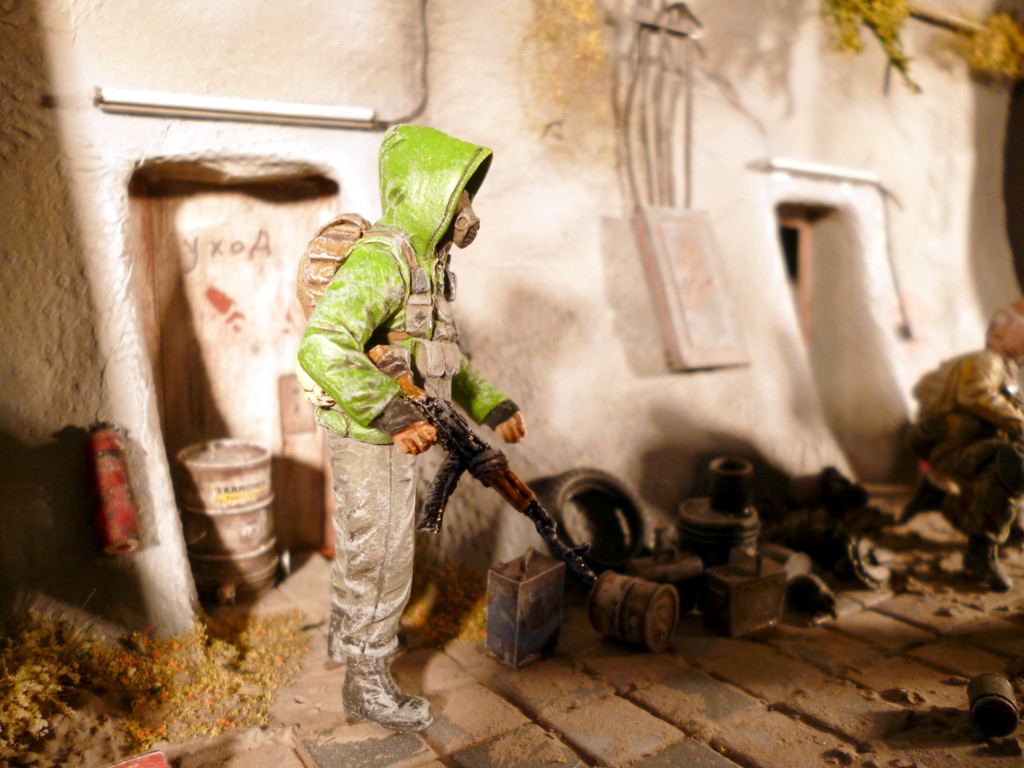 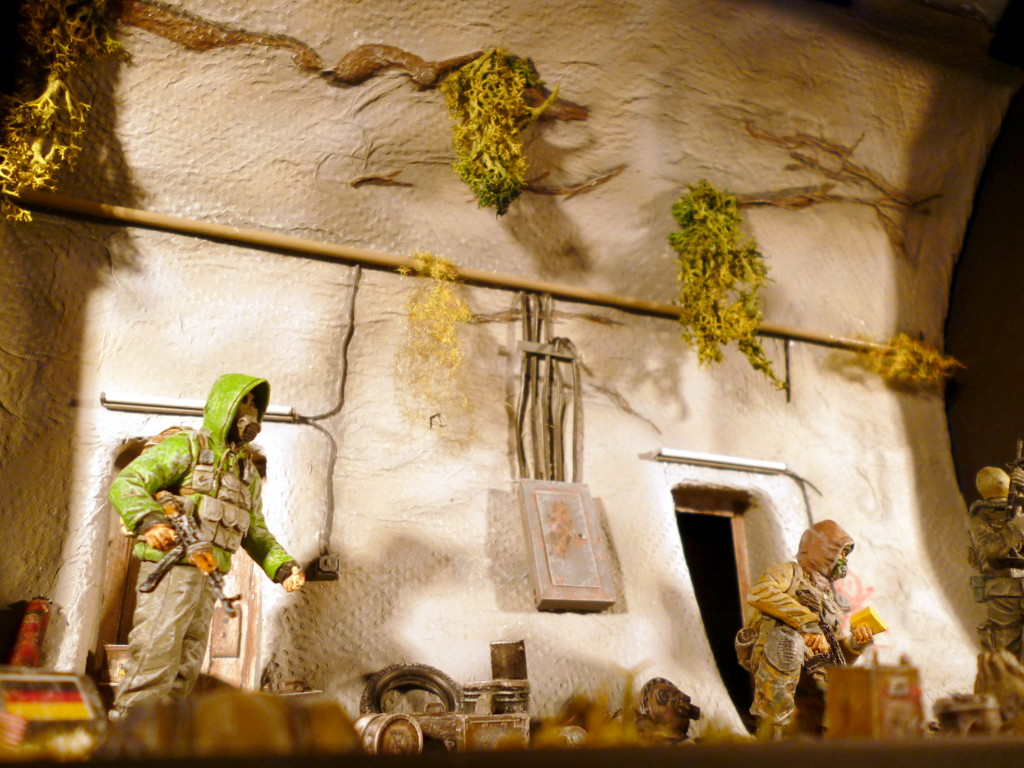 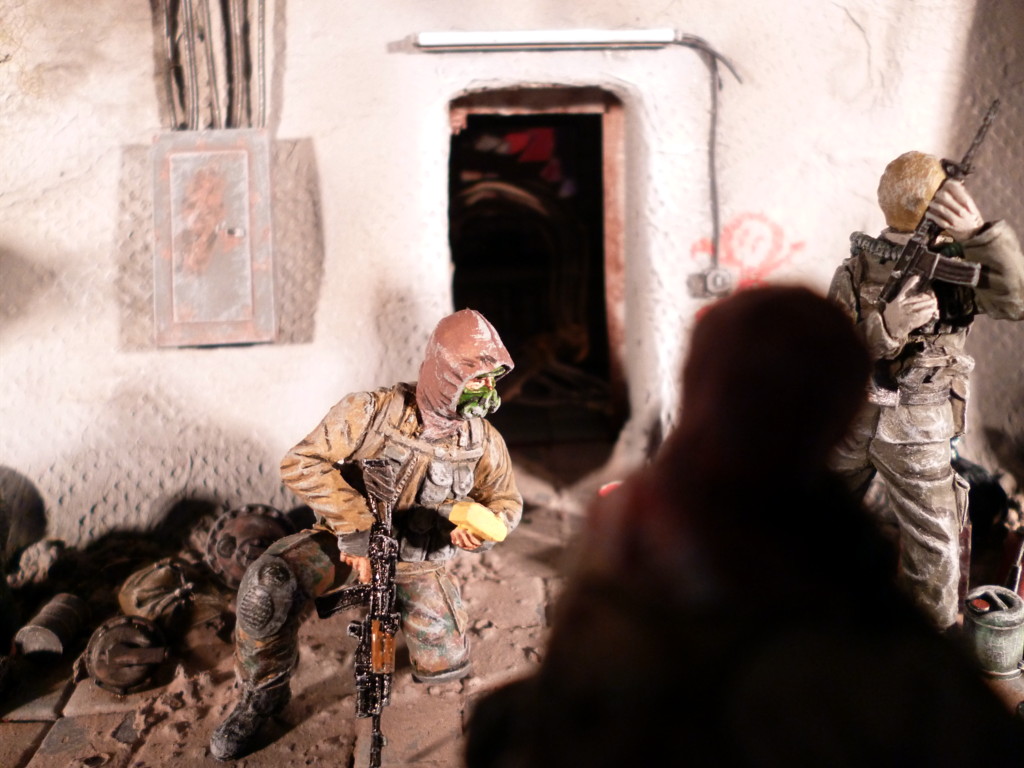 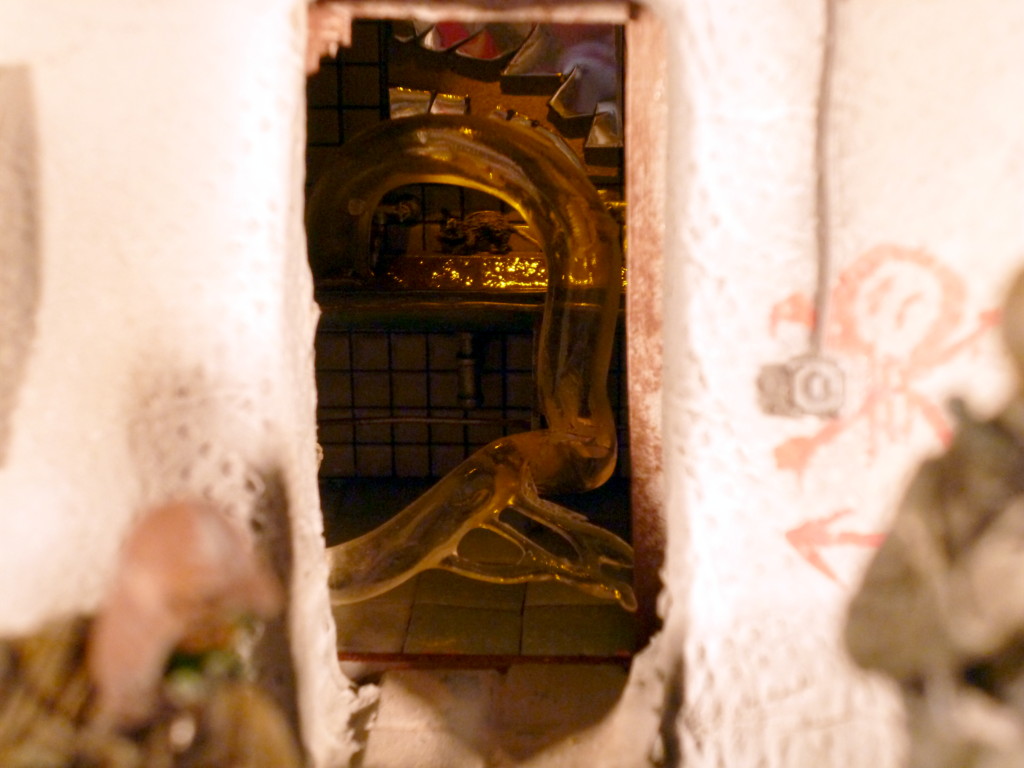 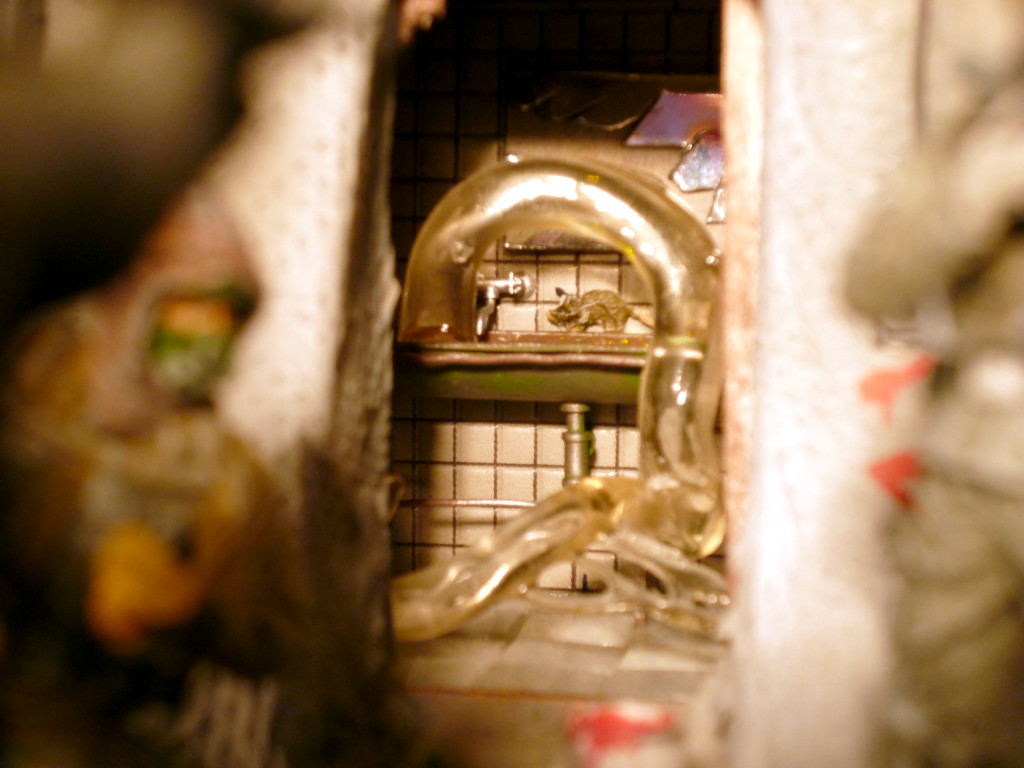 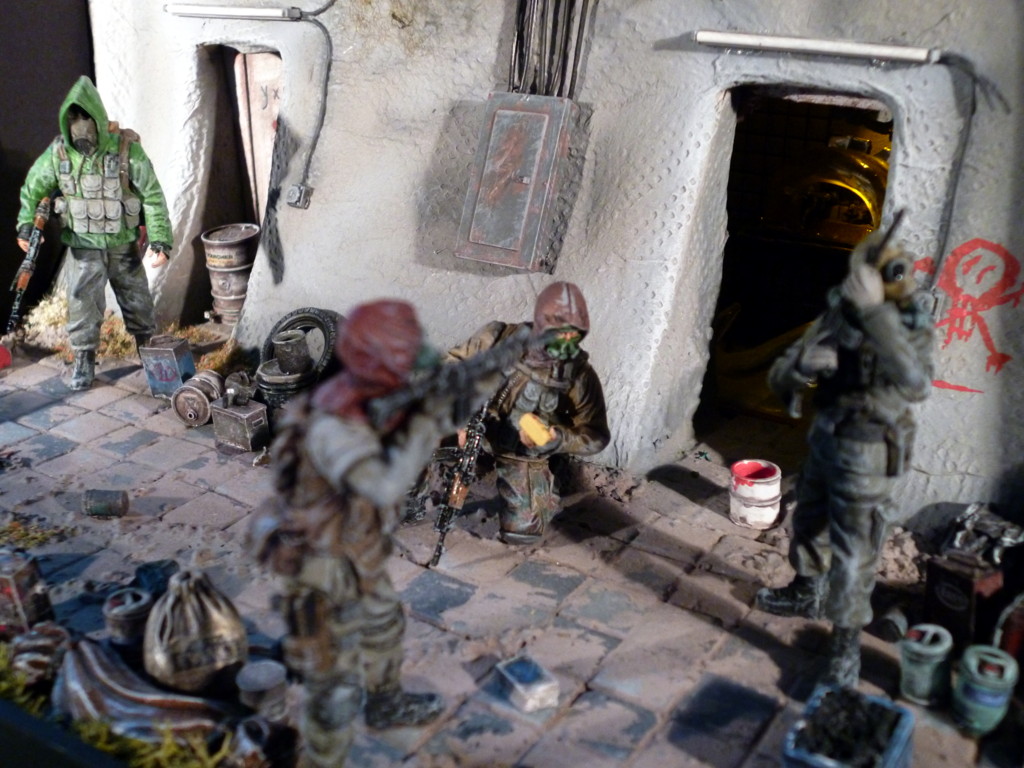 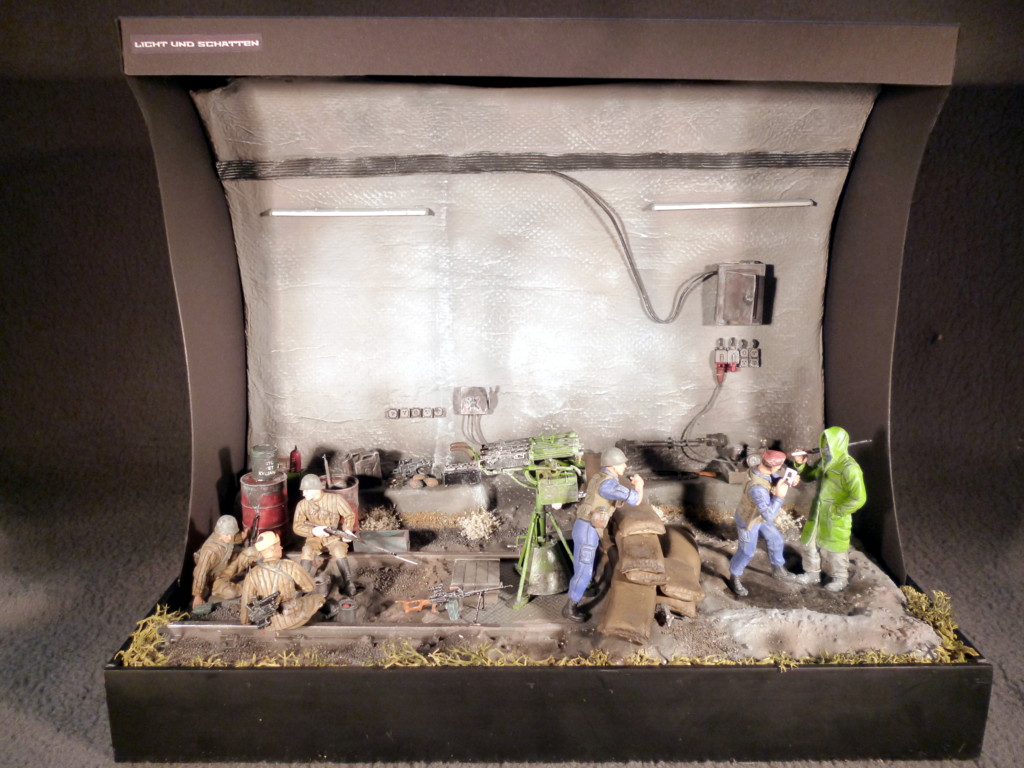 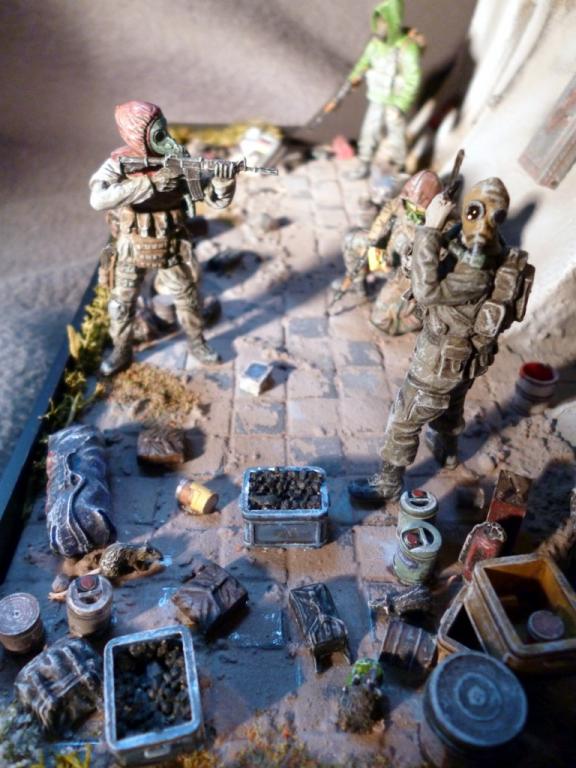 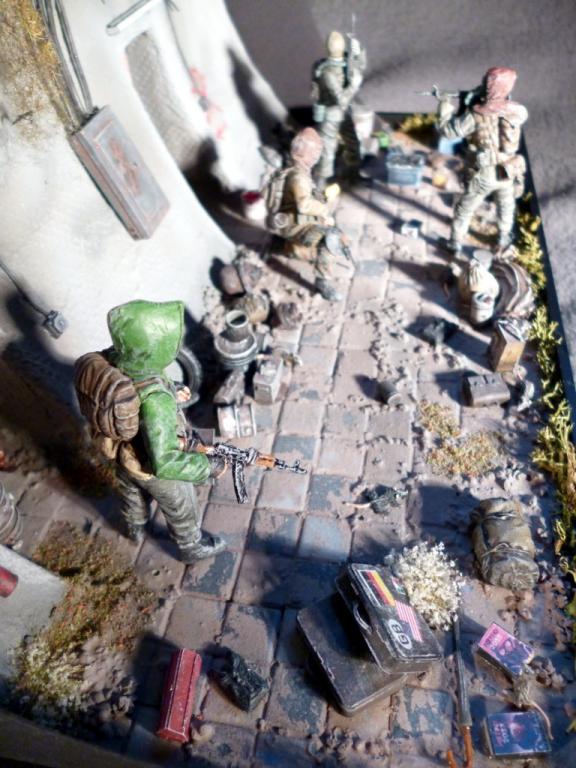 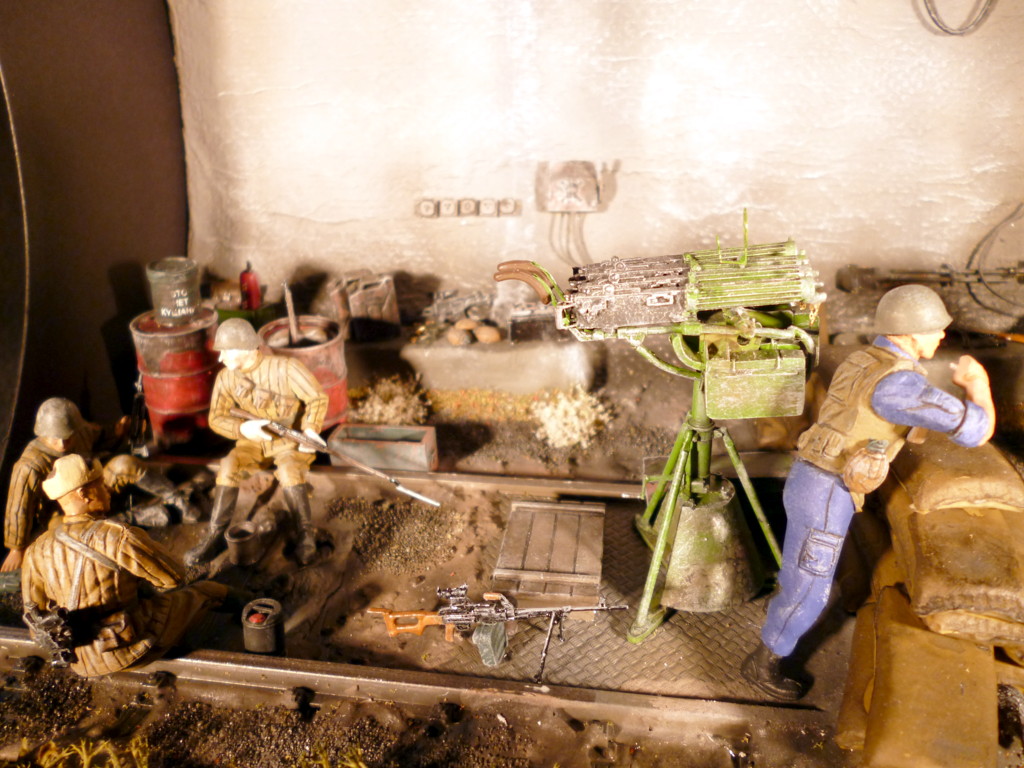 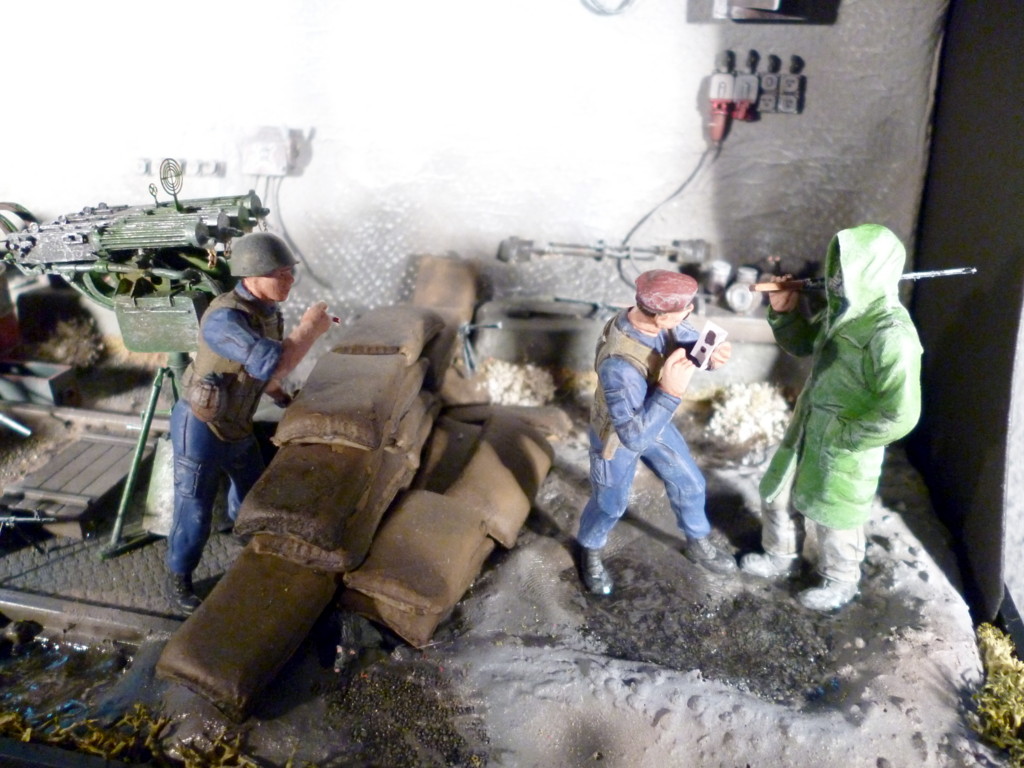 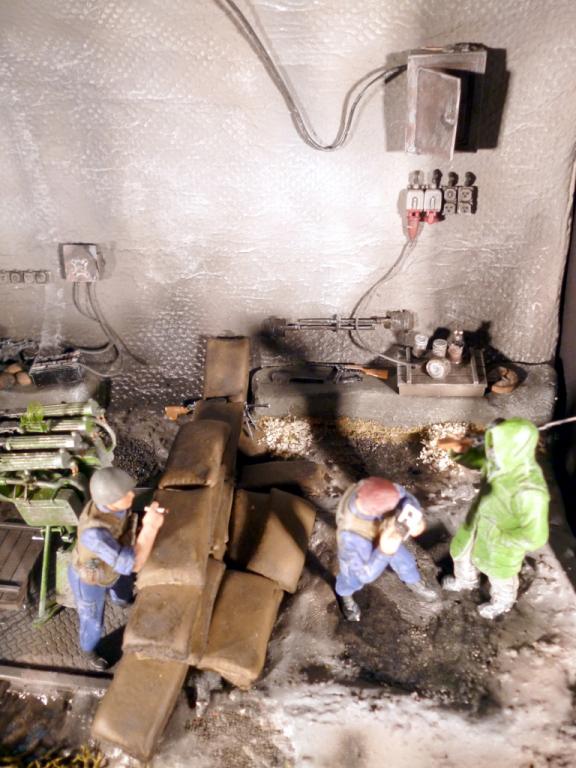 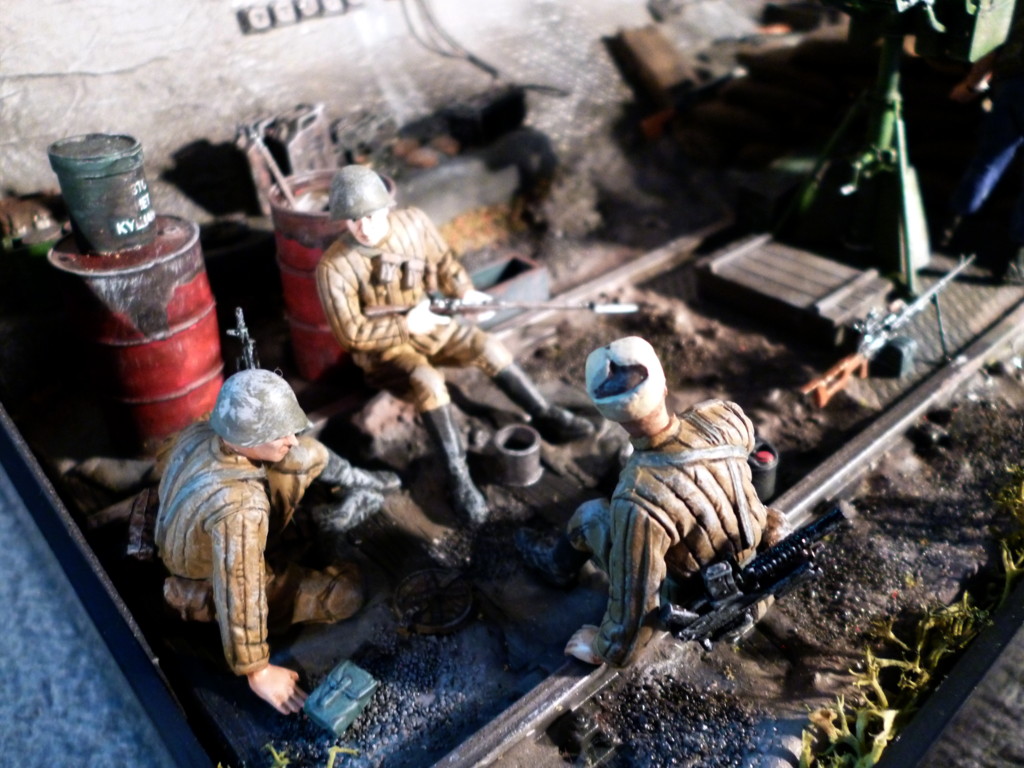 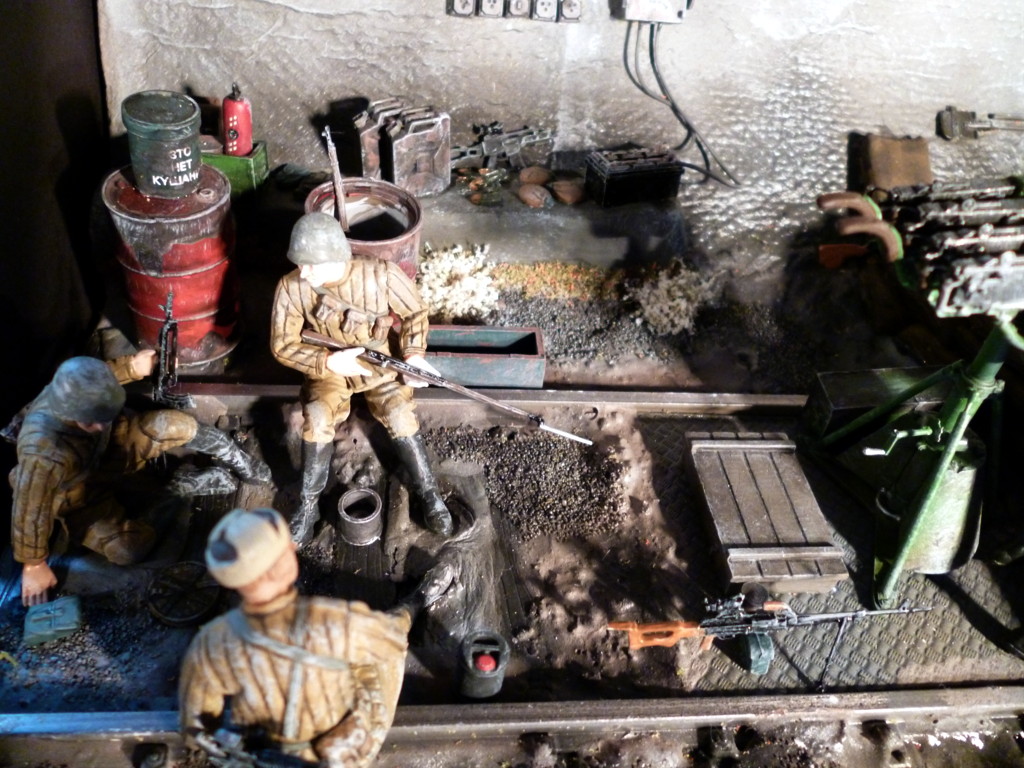 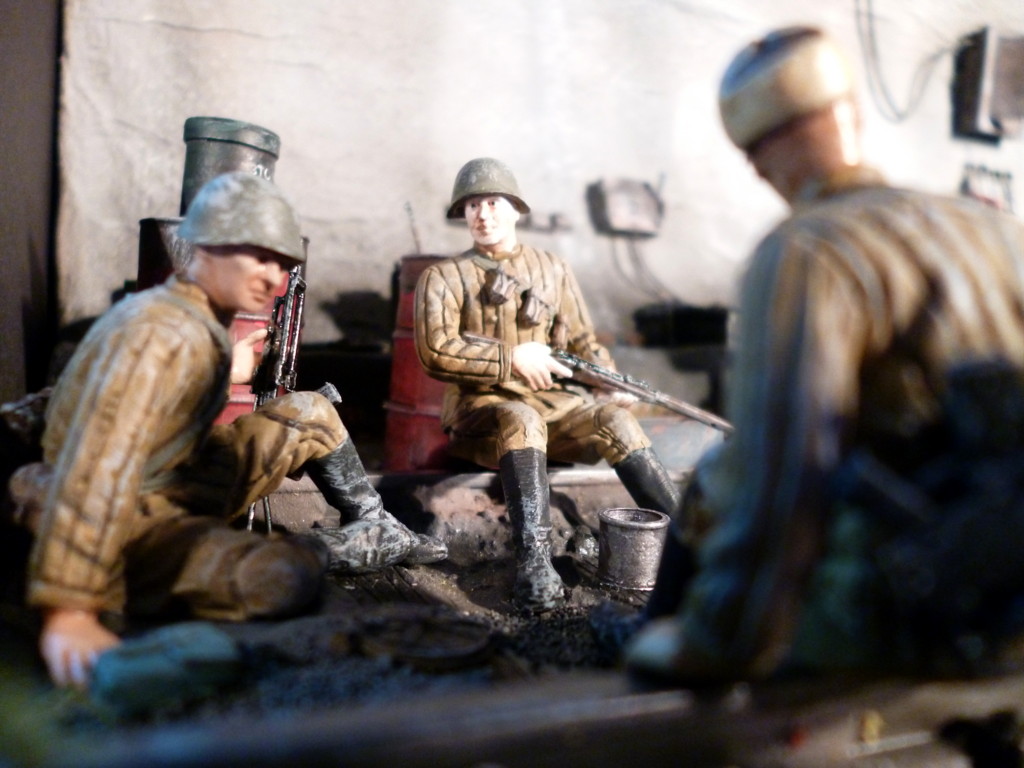 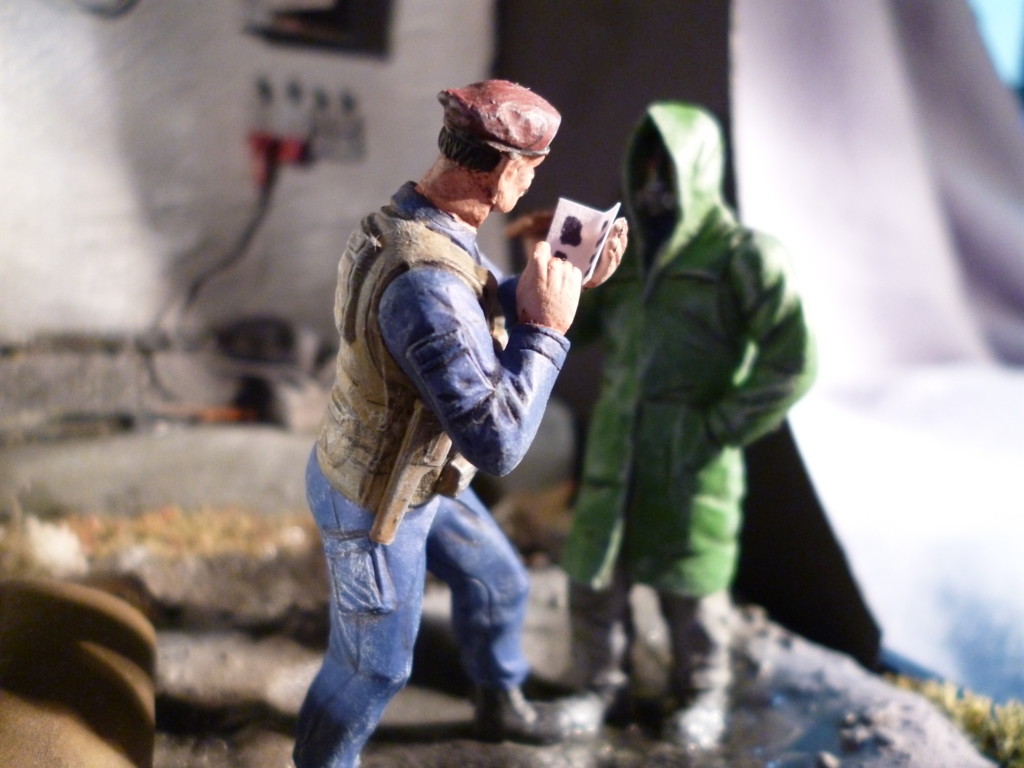 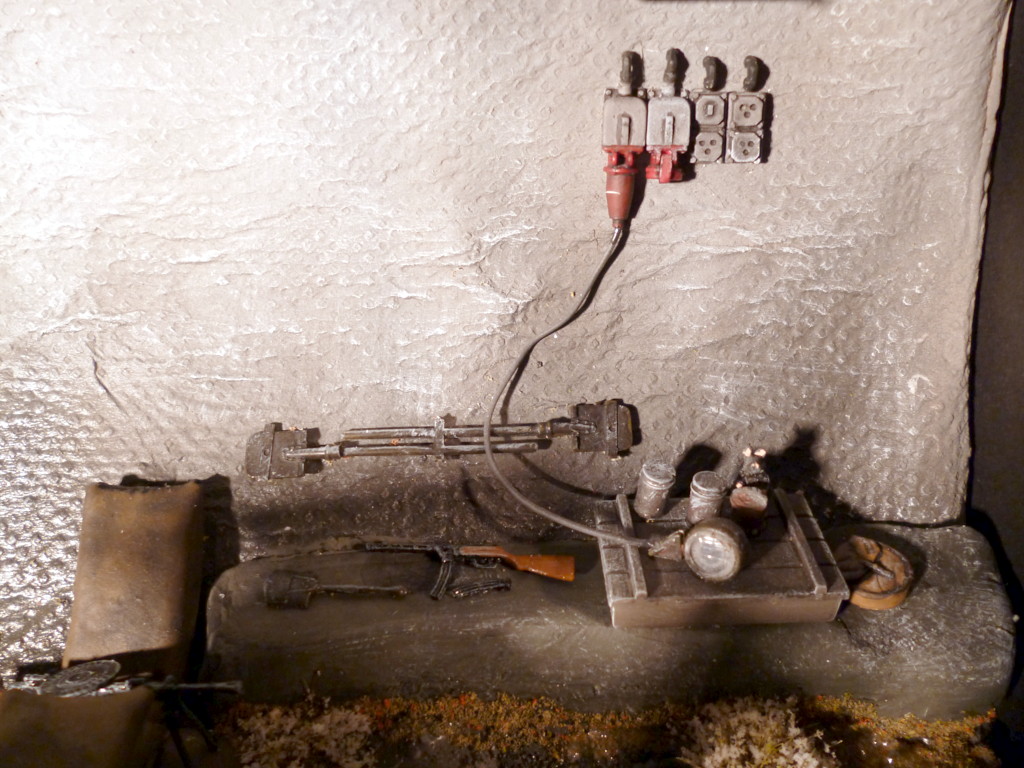 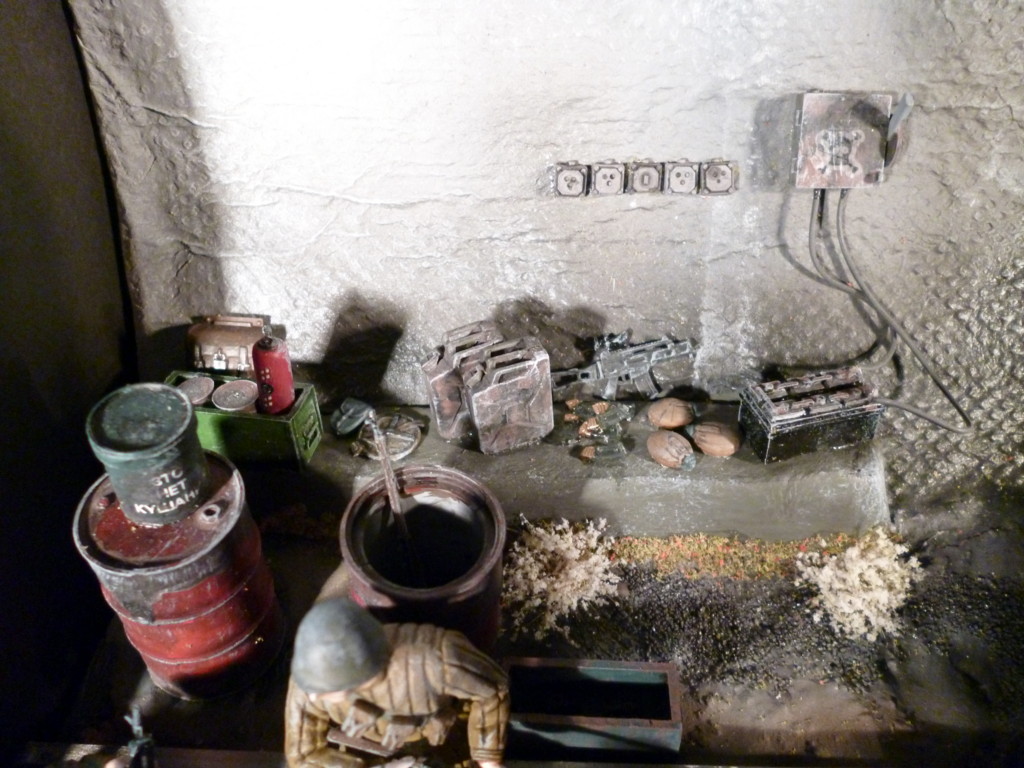 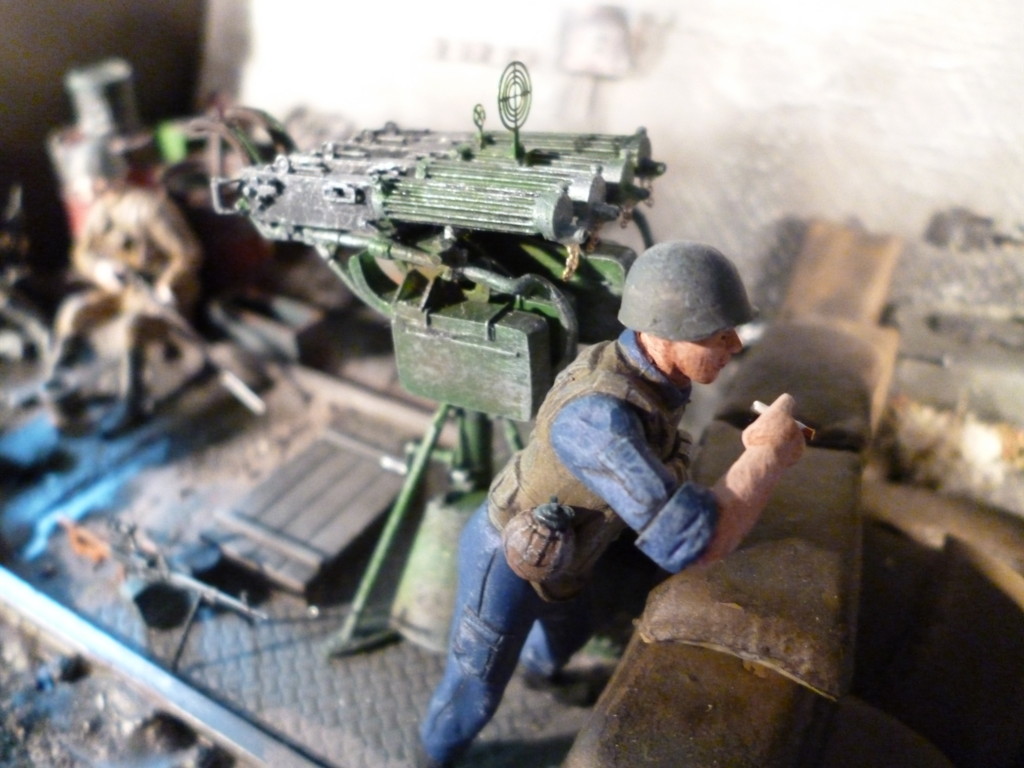 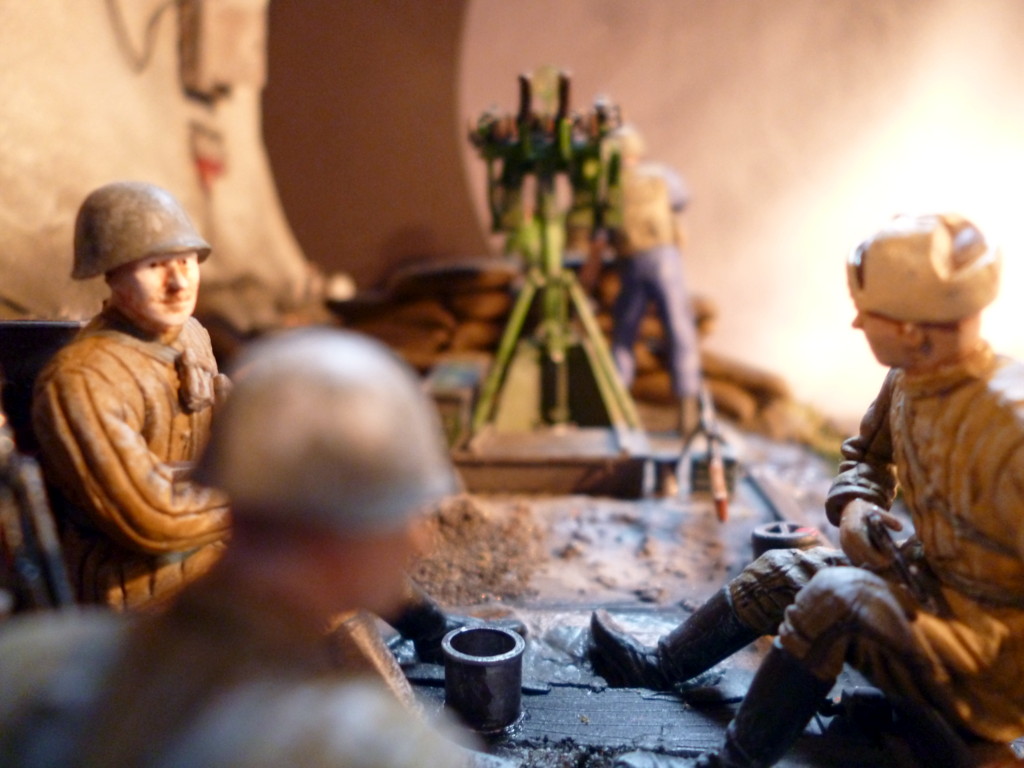 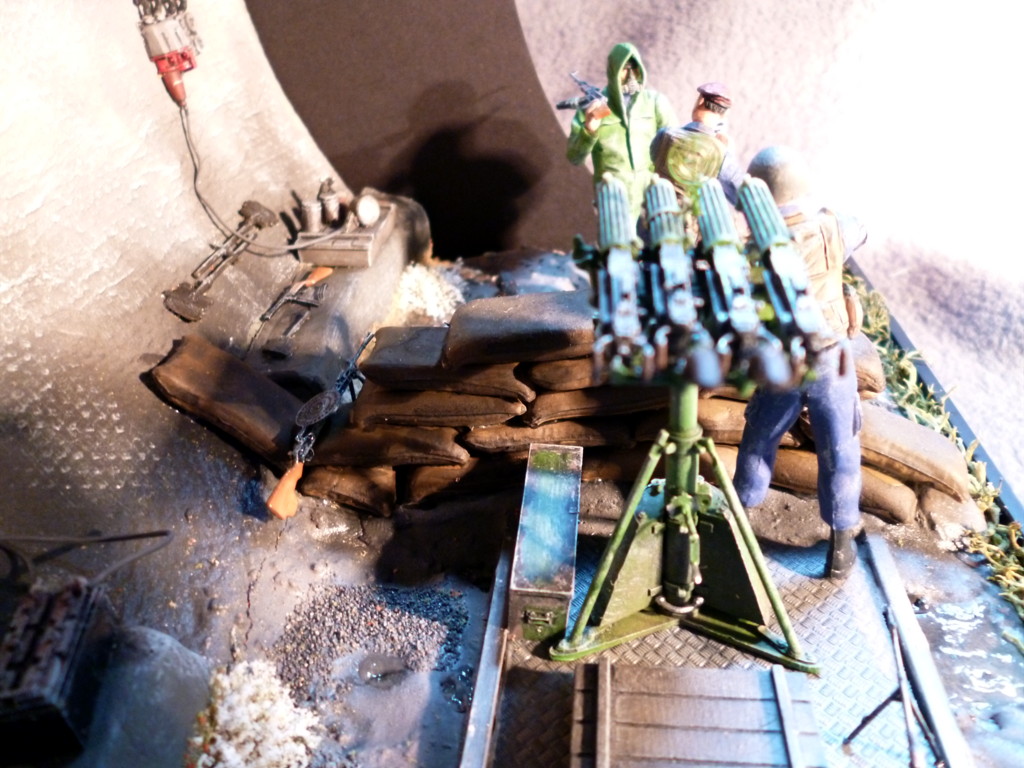 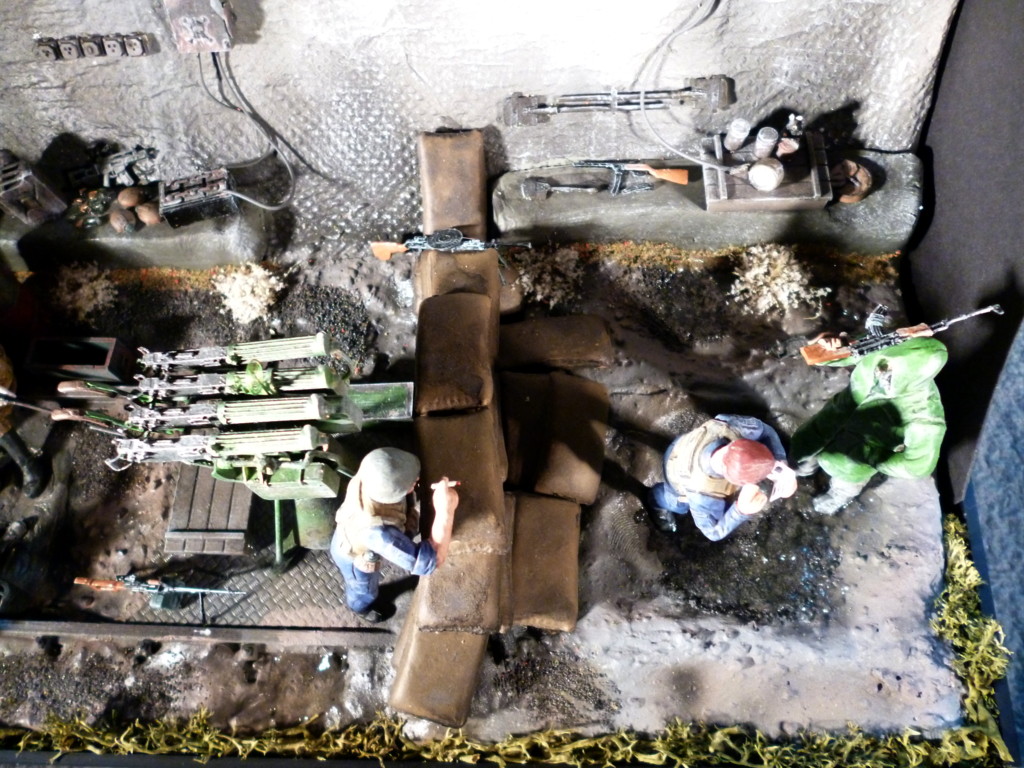 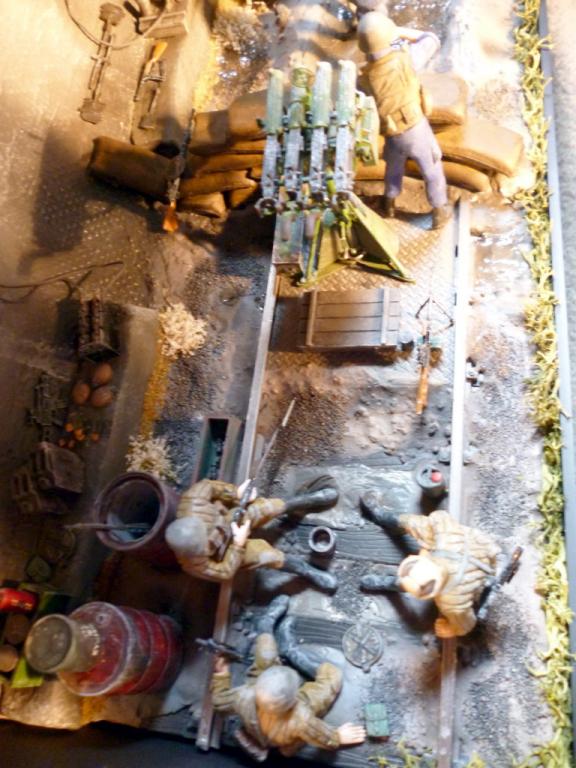 This diorama is based on the Metro 2033 novel by Russian author Dmitry Glukhovsky. Splitted in two parts it is named \"Light and Shadow\", you have to decide wich one is the light and shadow. On pic1 you can see left a \"Checkpoint\", on the right a \"Station\". Diorama Station: This is an abandoned station with some stuff on the ground left from fleeing people. A group of Stalkers where moving out to find the anomal life form on this station; a tentacle, out of water, living in a room wich is totaly clean and with electricity. Is it really dangerous? Someone painted a skull on the wall, why? Is the area radioactive, or is the life form really dangerous? Diorama Chekpoint: A chekpoint with highly military equipment, like the Maxim 4-PM 1910 Anti Air gun. The soldiers are inspecting a Stalker who wants to pass. This tunnel is really wet, and maybe dangerous? Why would they need so much weapons to defent? Is the box on the wall with the skull on it to blow up the tunnel in case of emergency?

Congratulation on participation the GK contest! I like Diorama station more! The ghost inside tunnel is very interesting. I think this diorama could be even more impressive in proper lighting and dark evbironment. Metro 2033 is awesome book. I'm from Moscow and know that it's a great kingdom underground ^____^