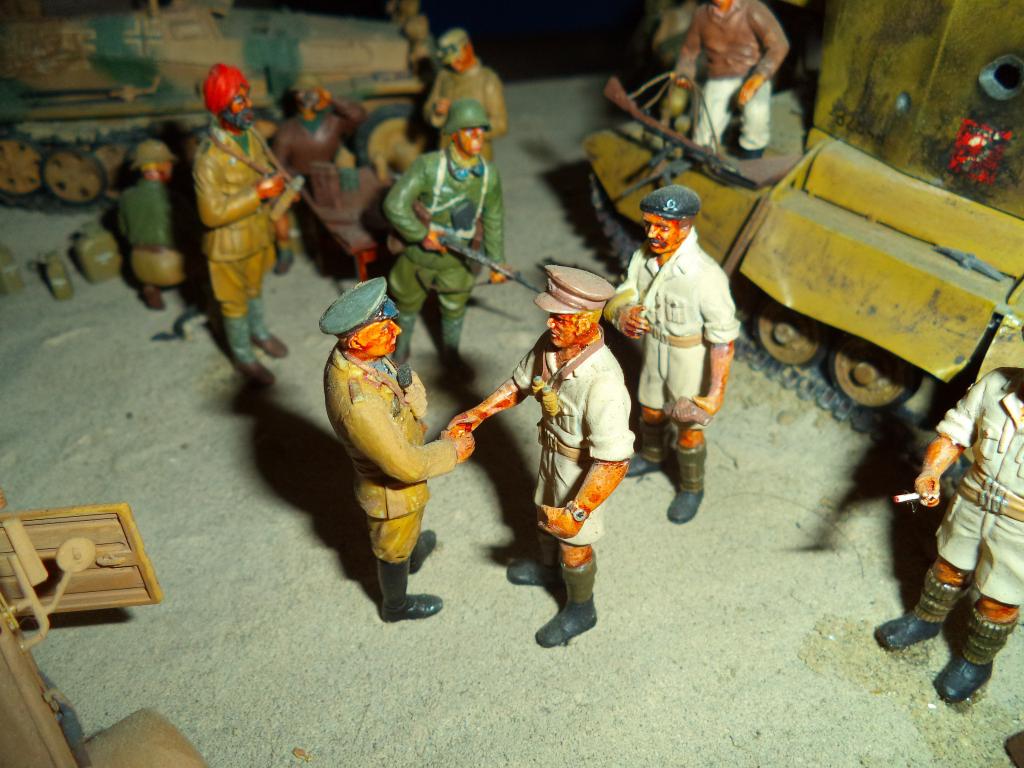 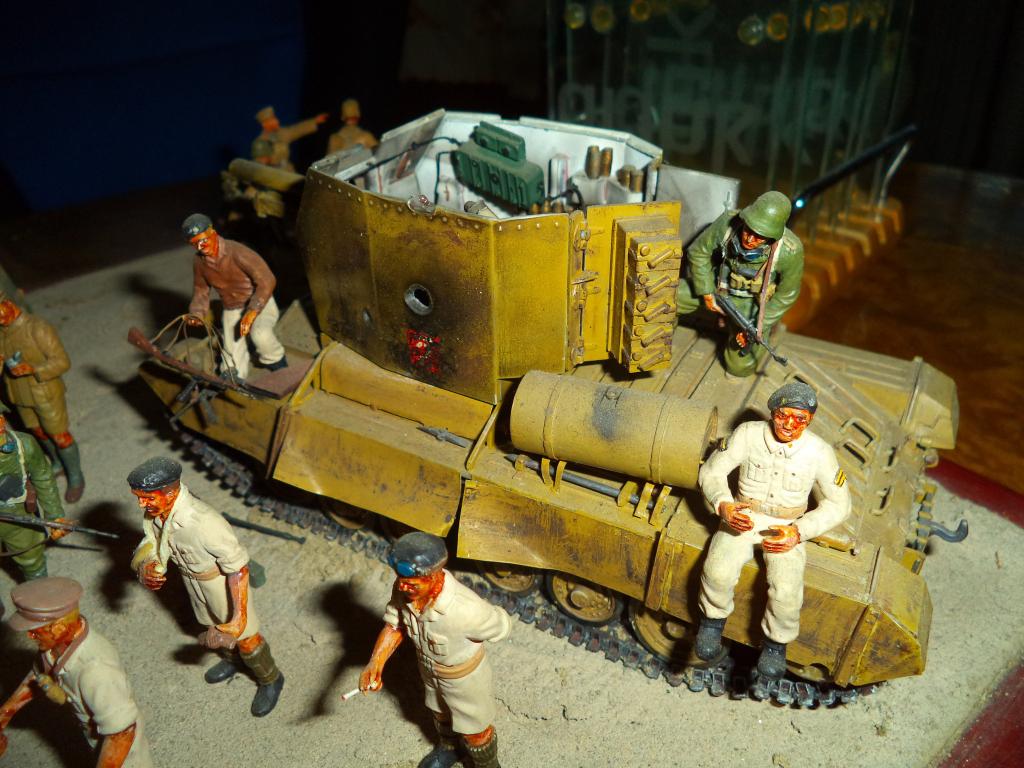 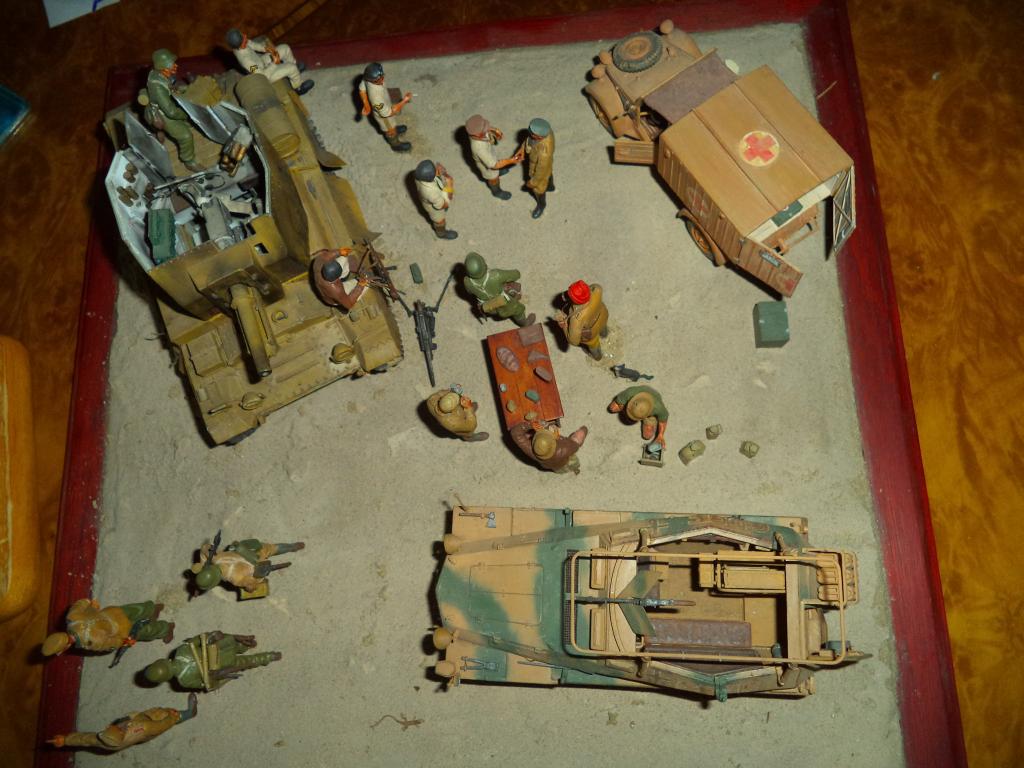 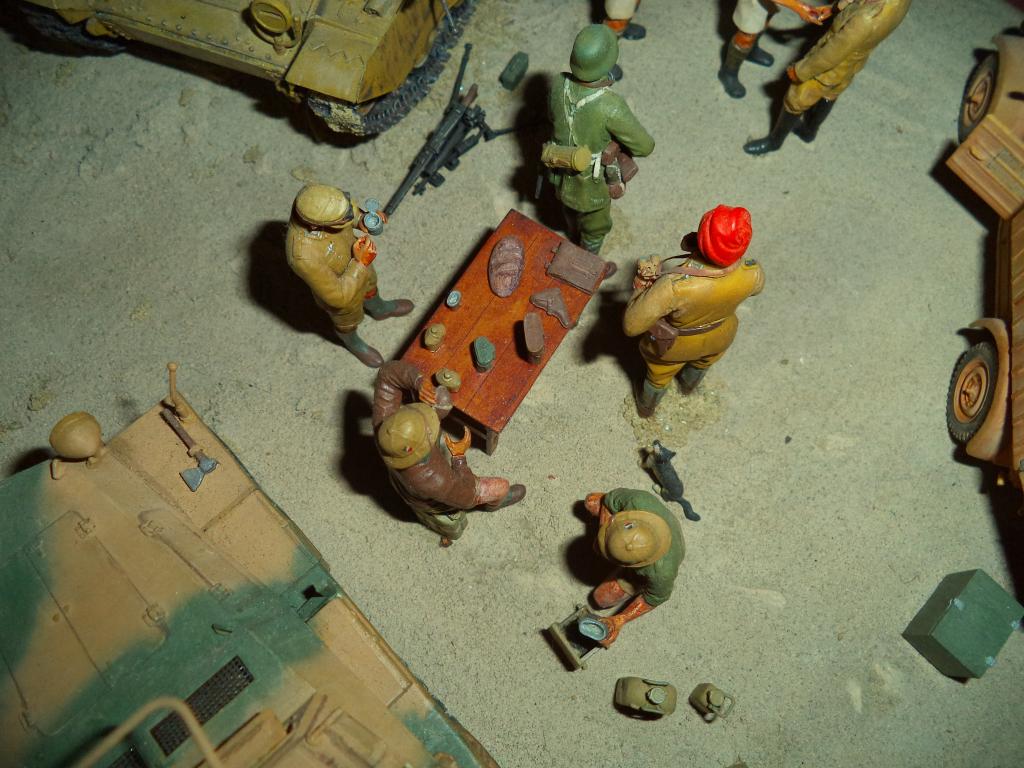 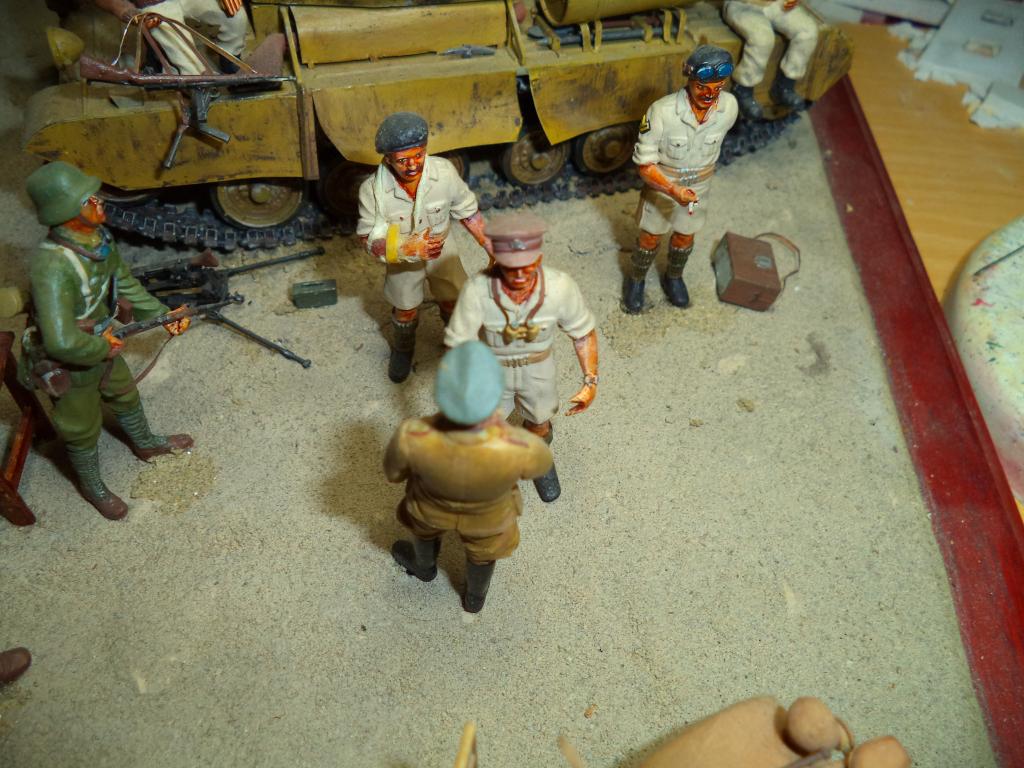 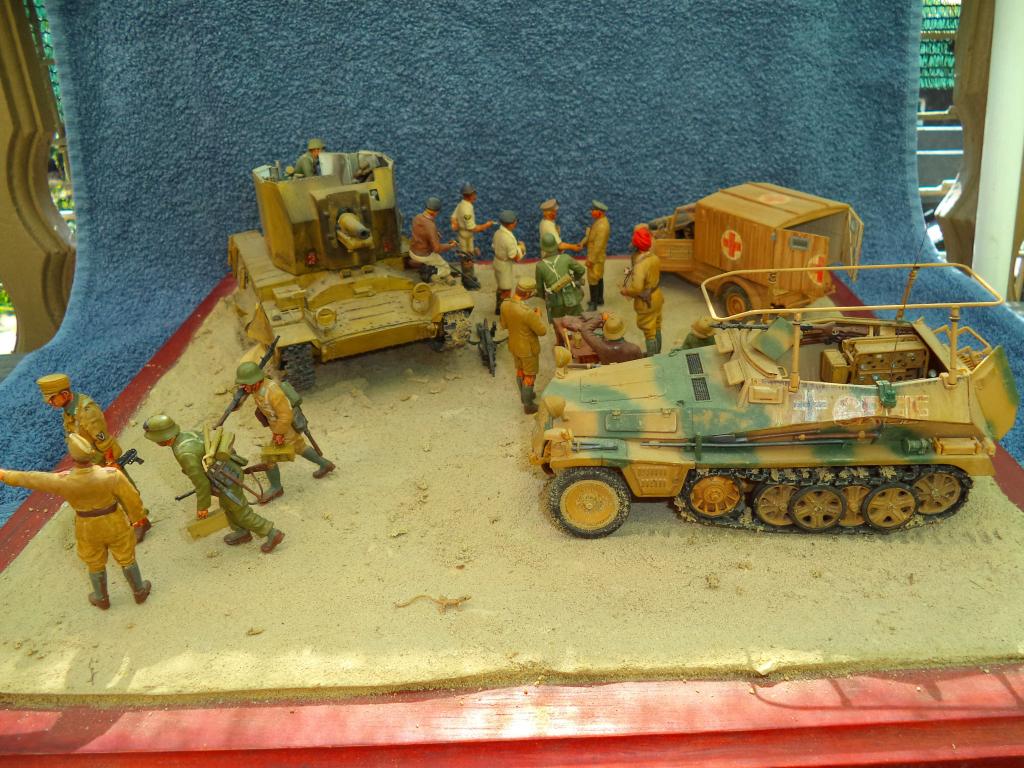 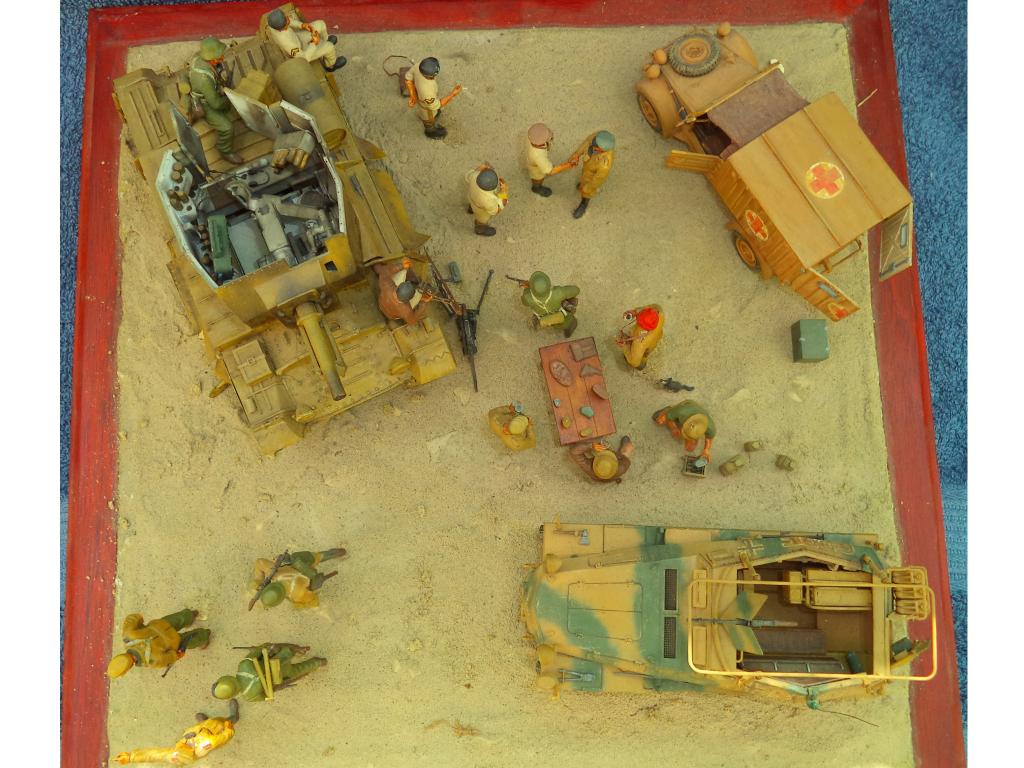 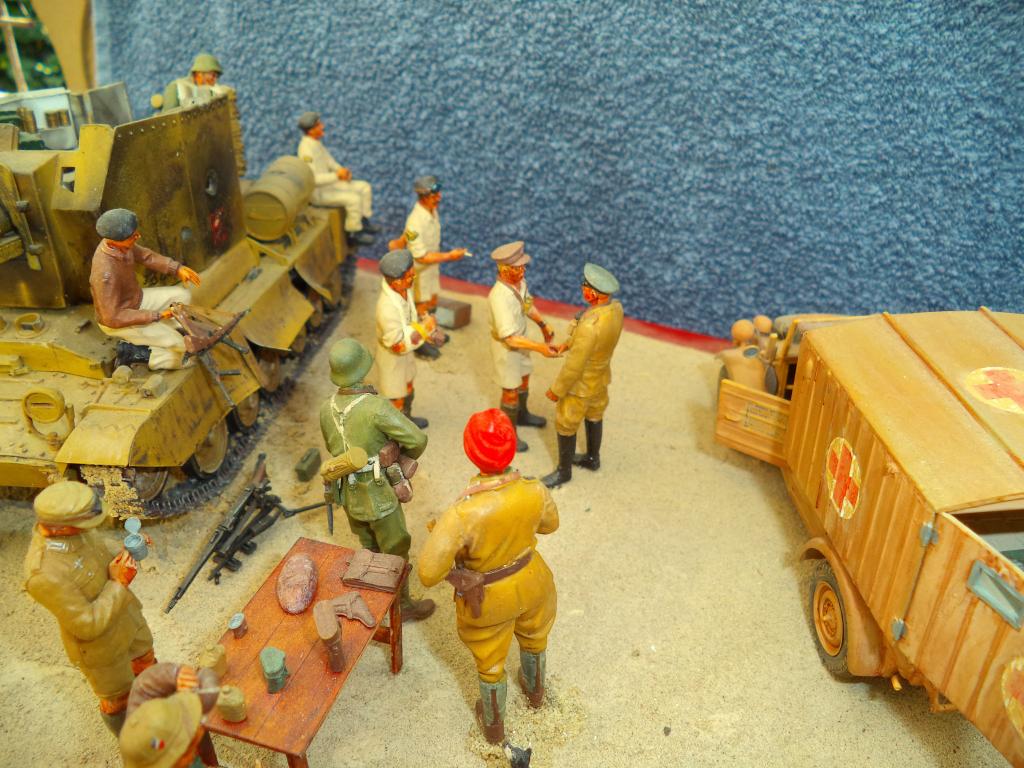 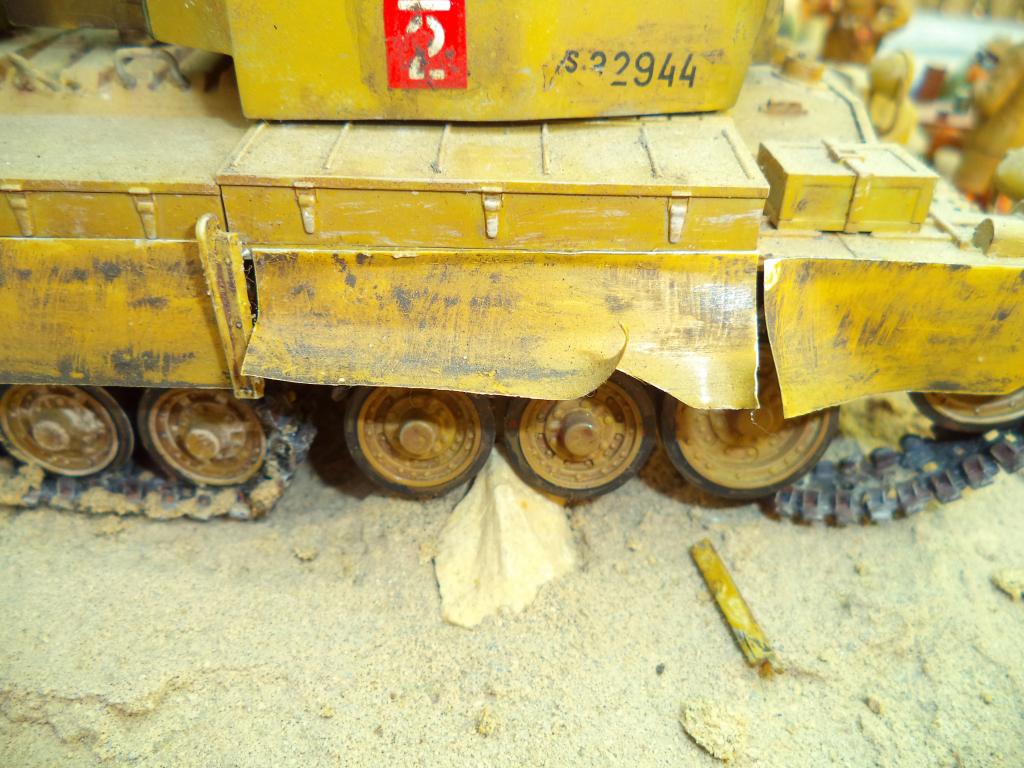 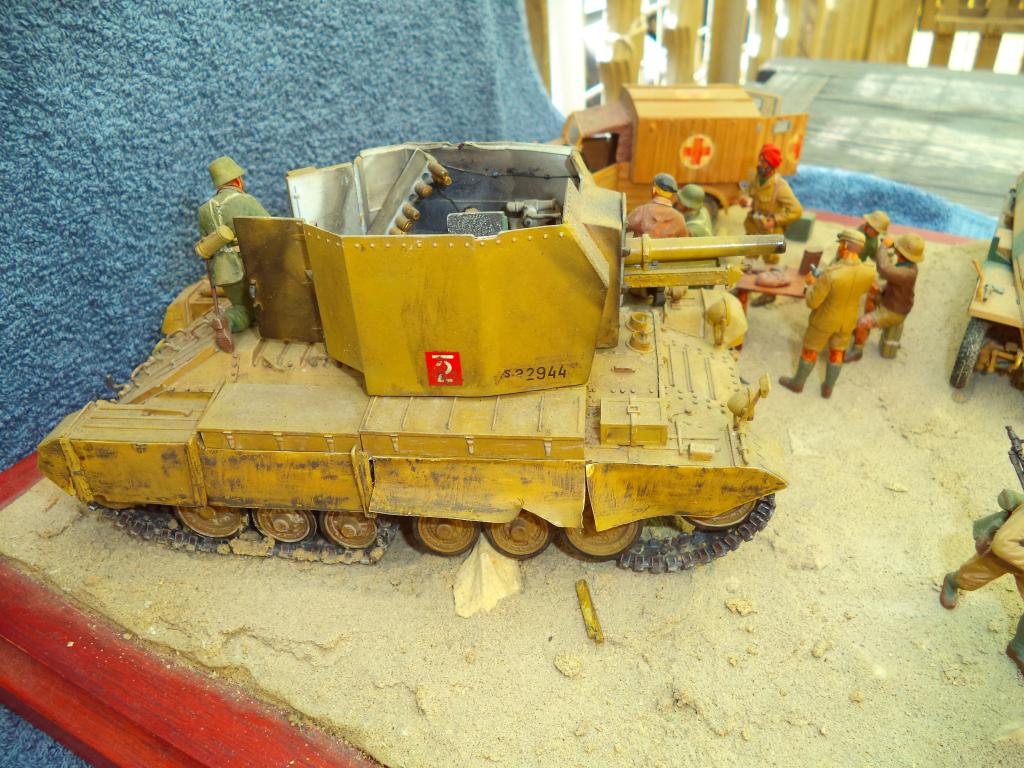 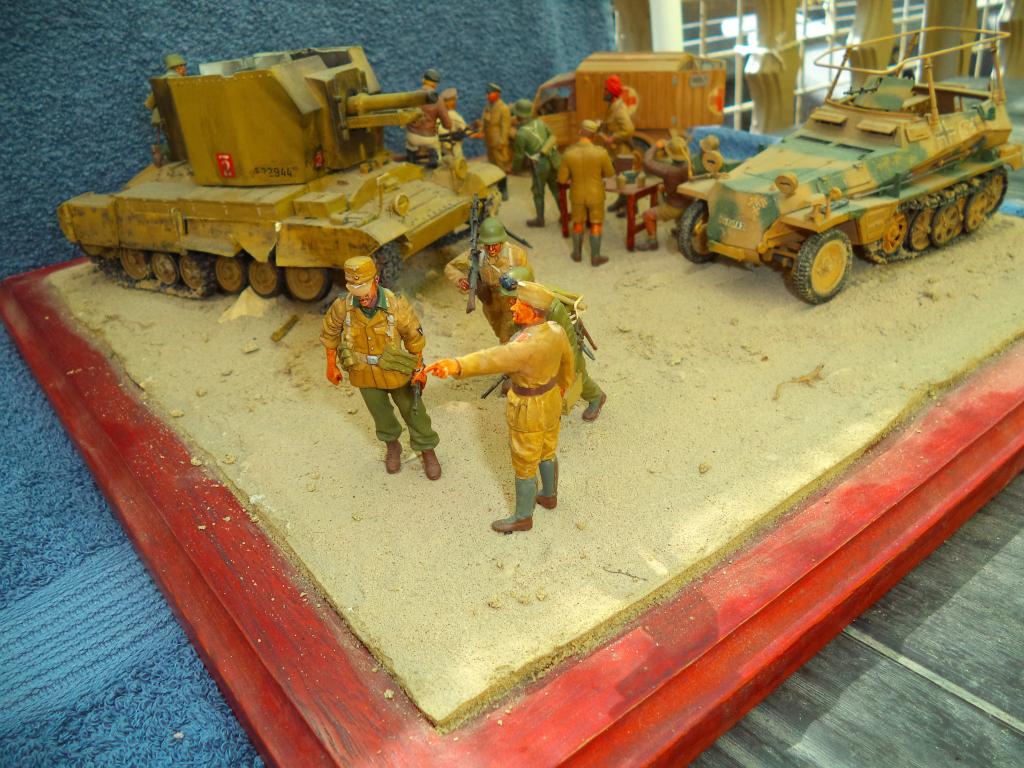 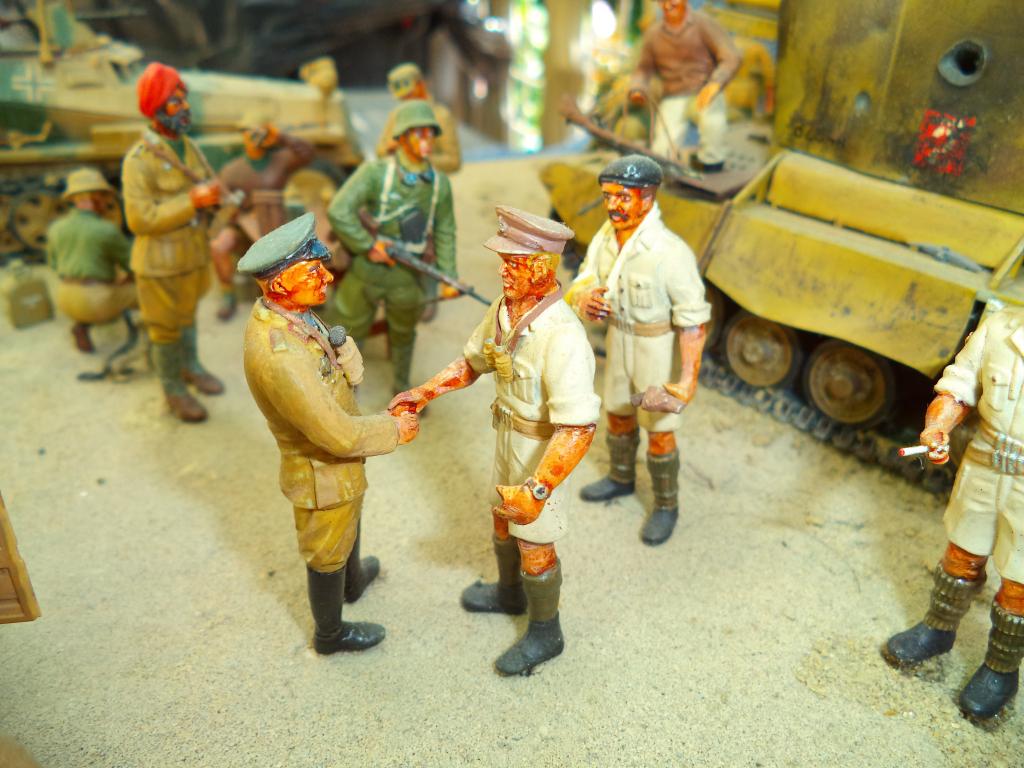 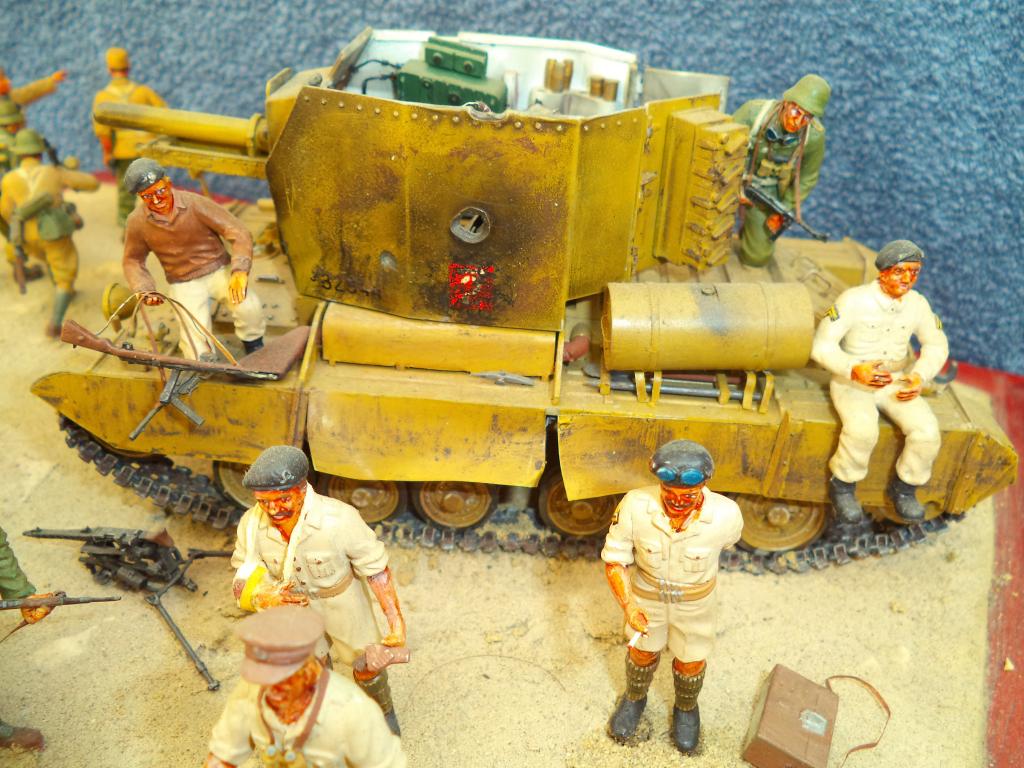 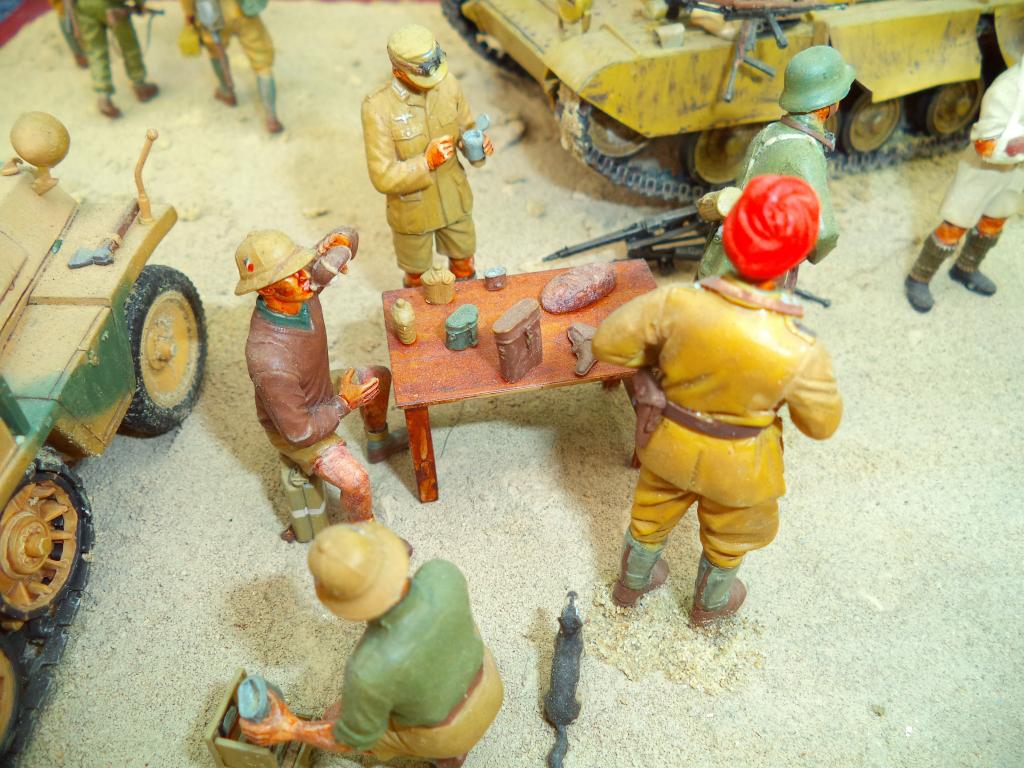 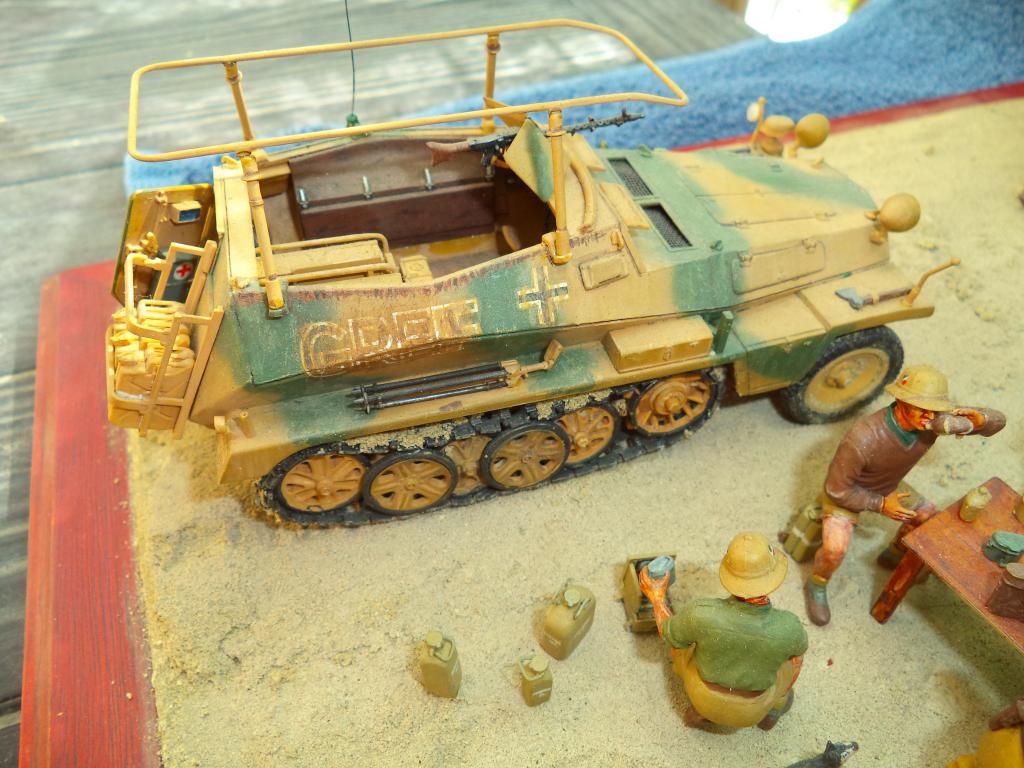 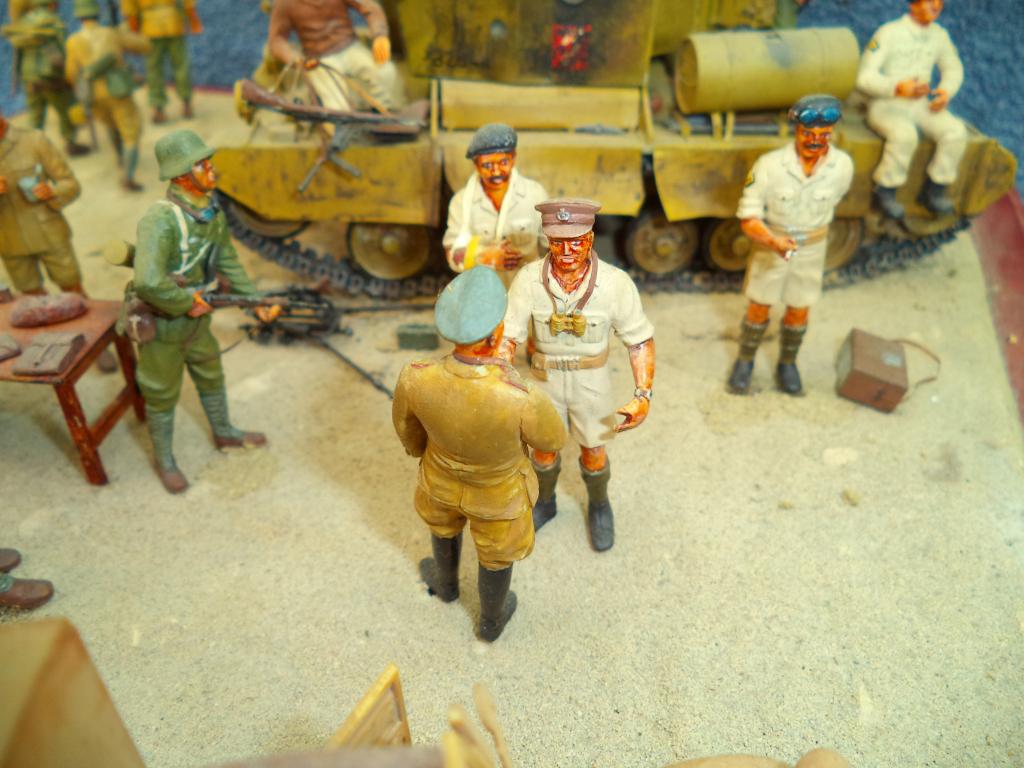 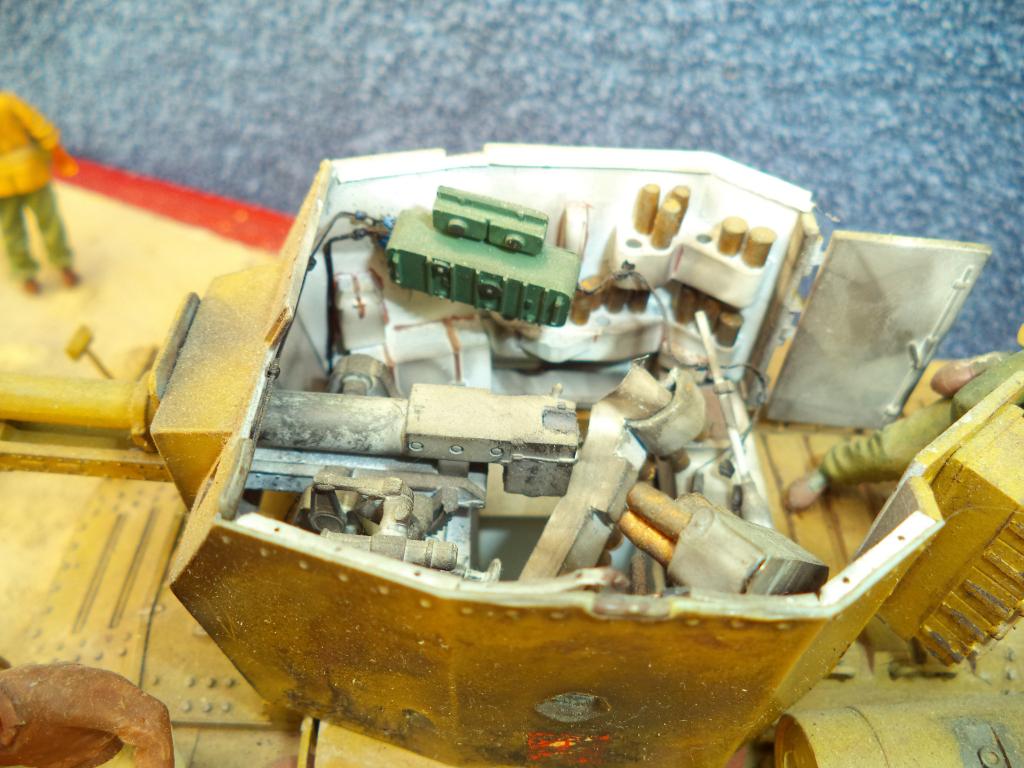 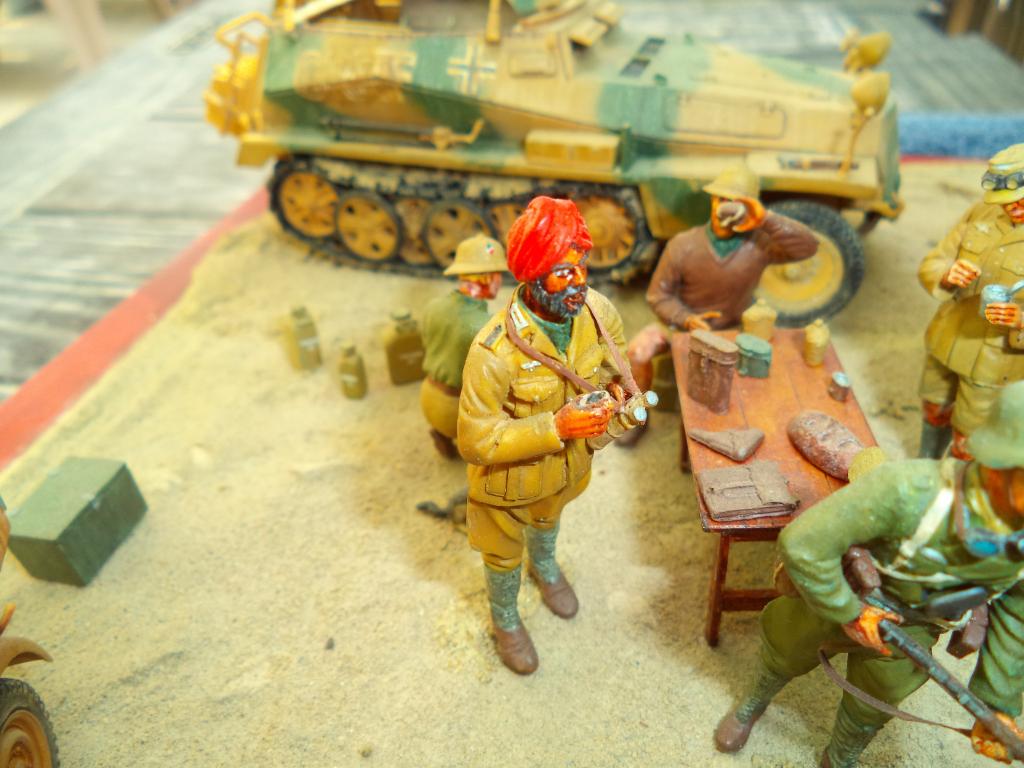 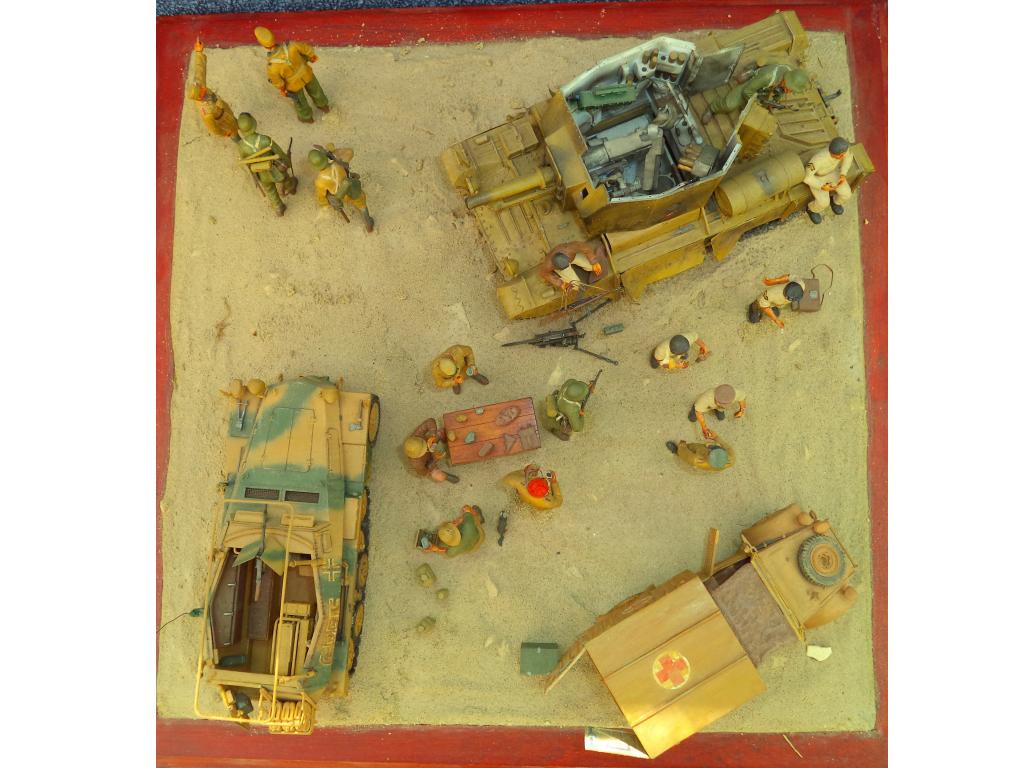 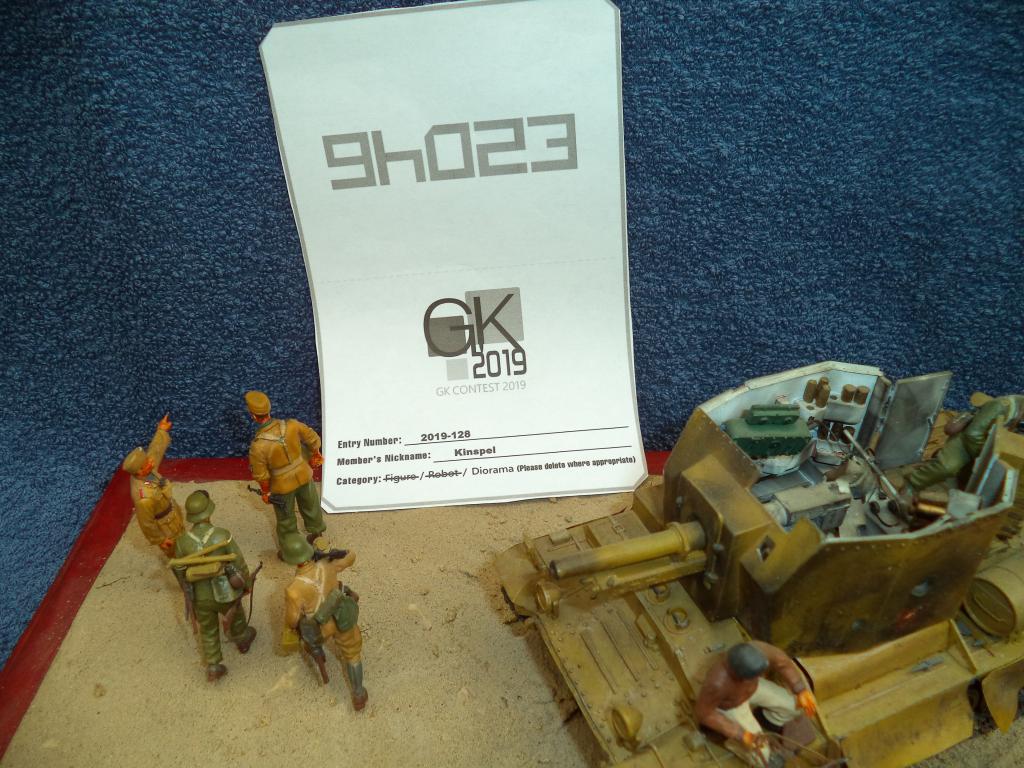 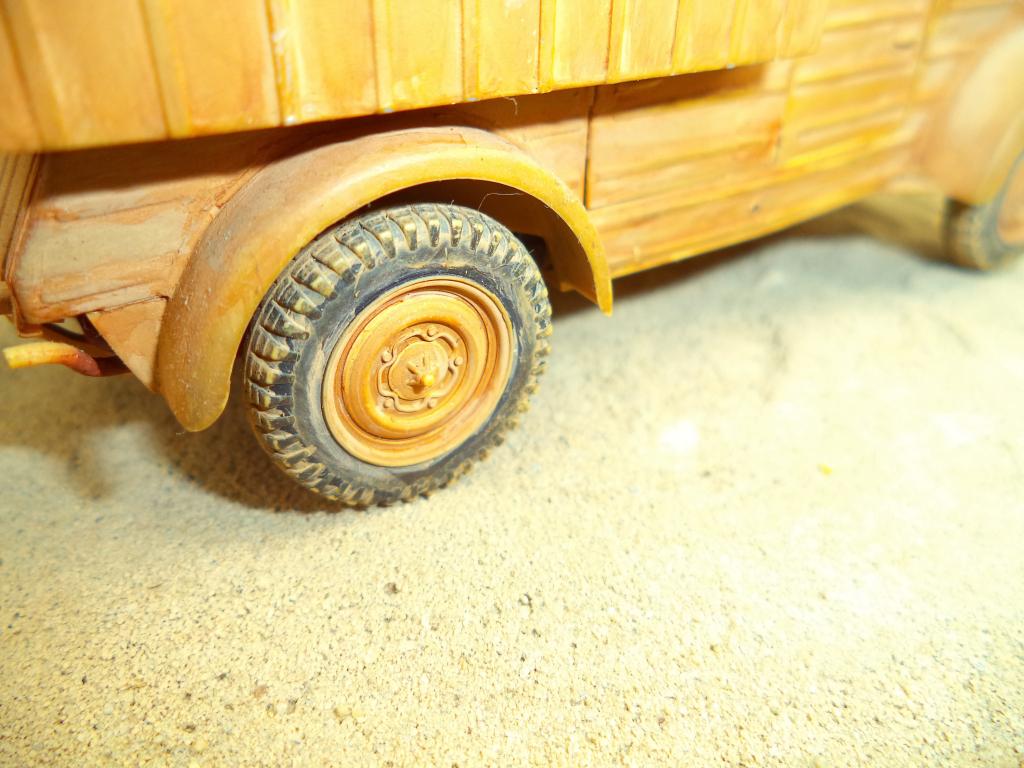 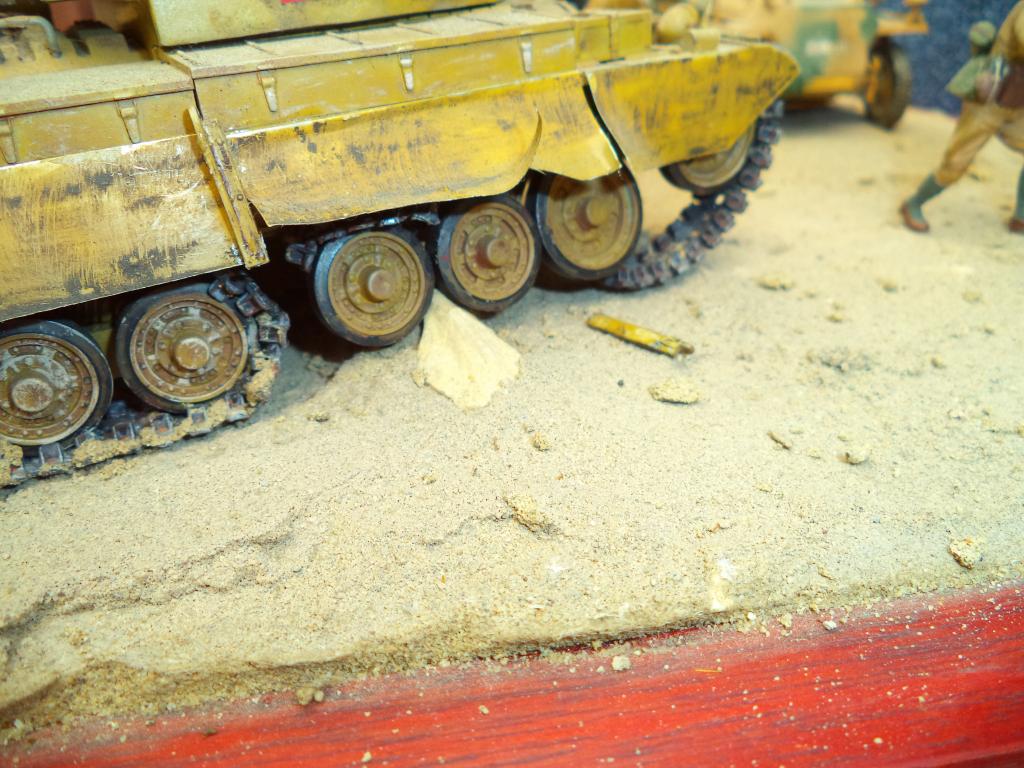 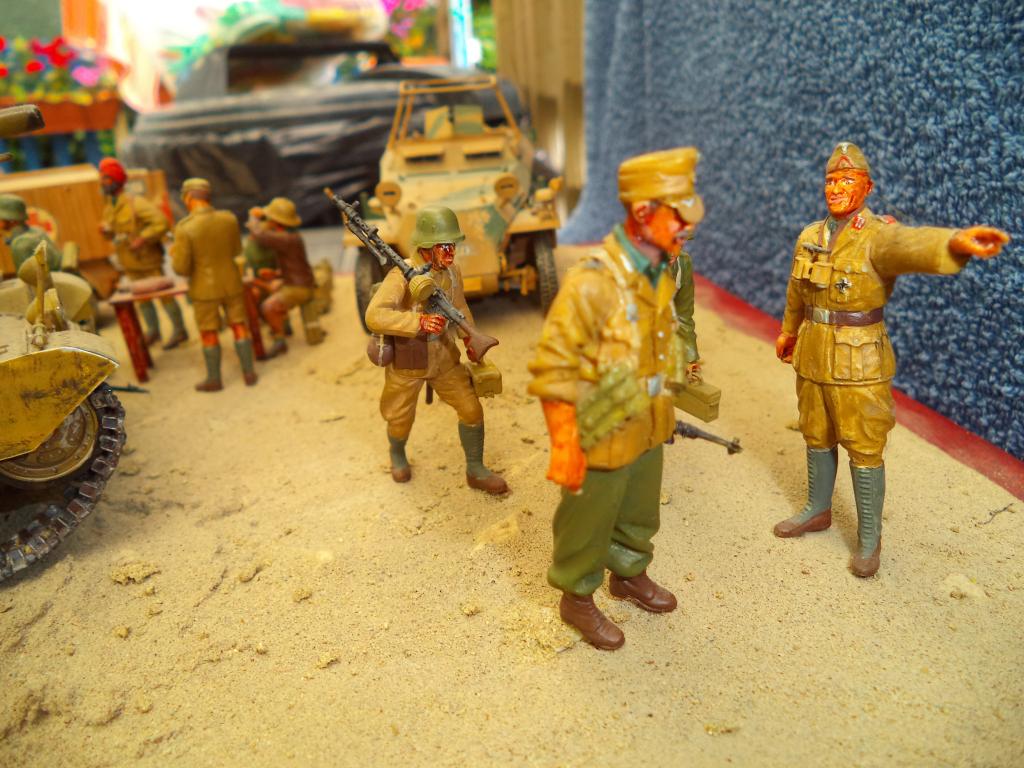 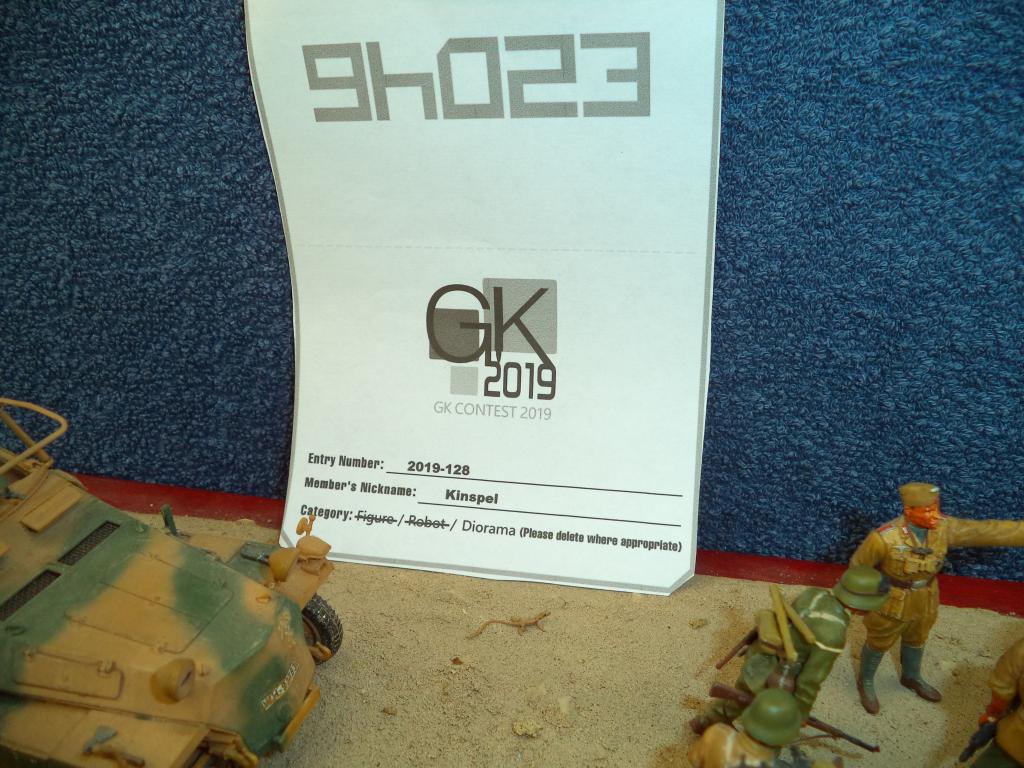 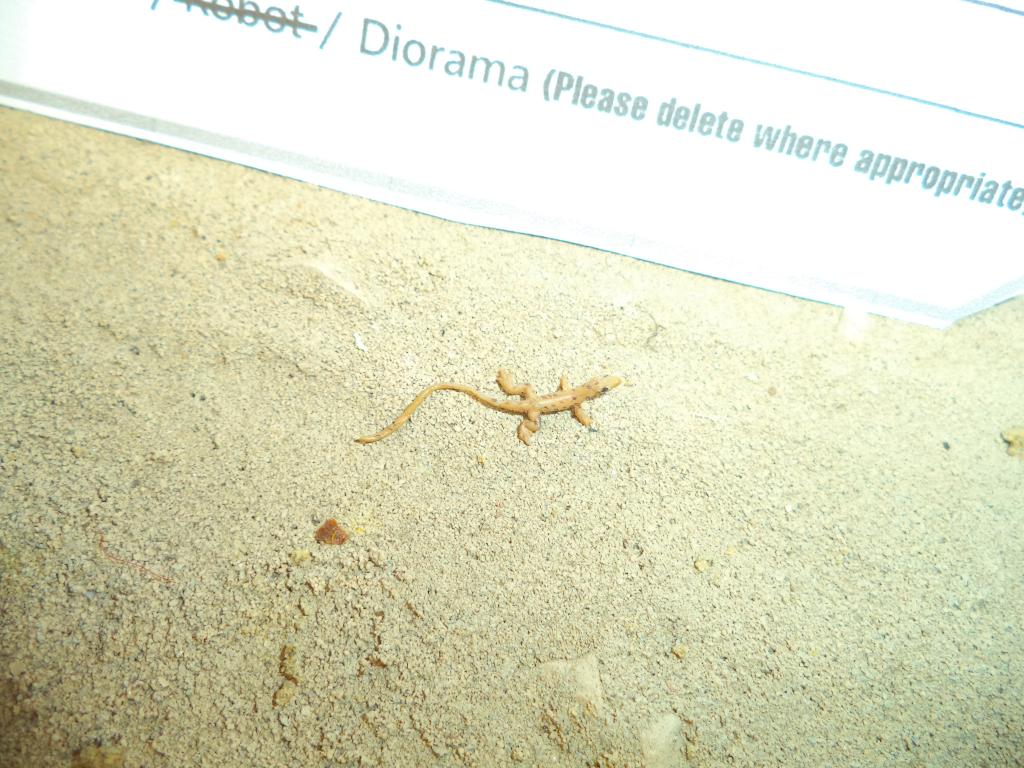 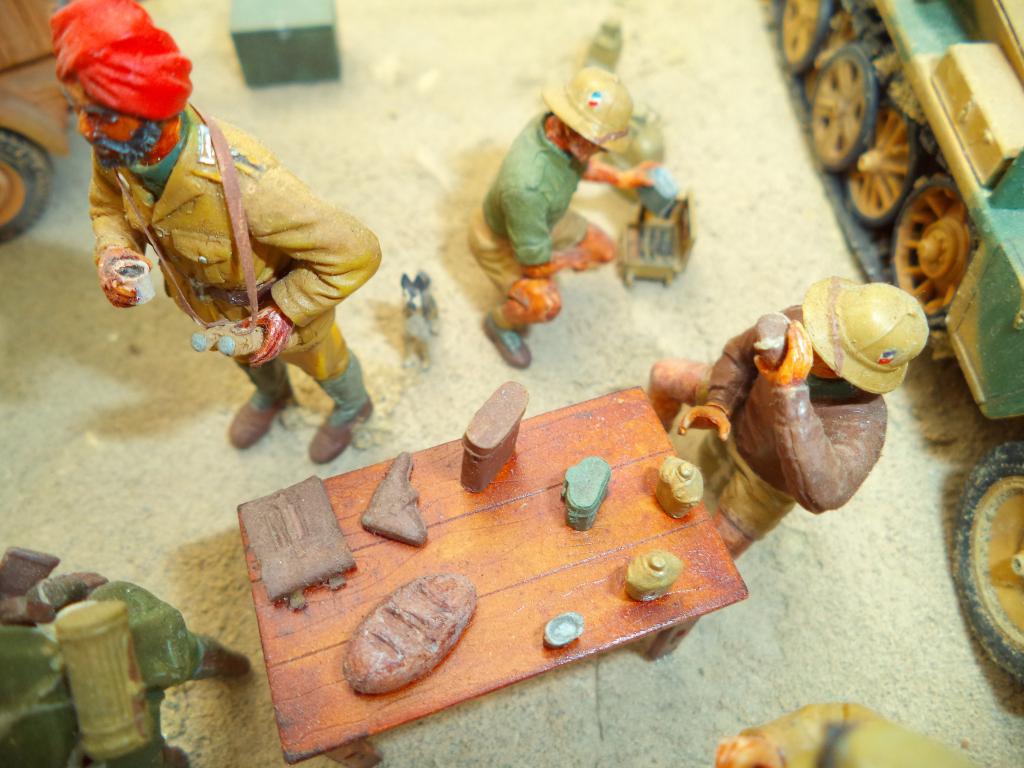 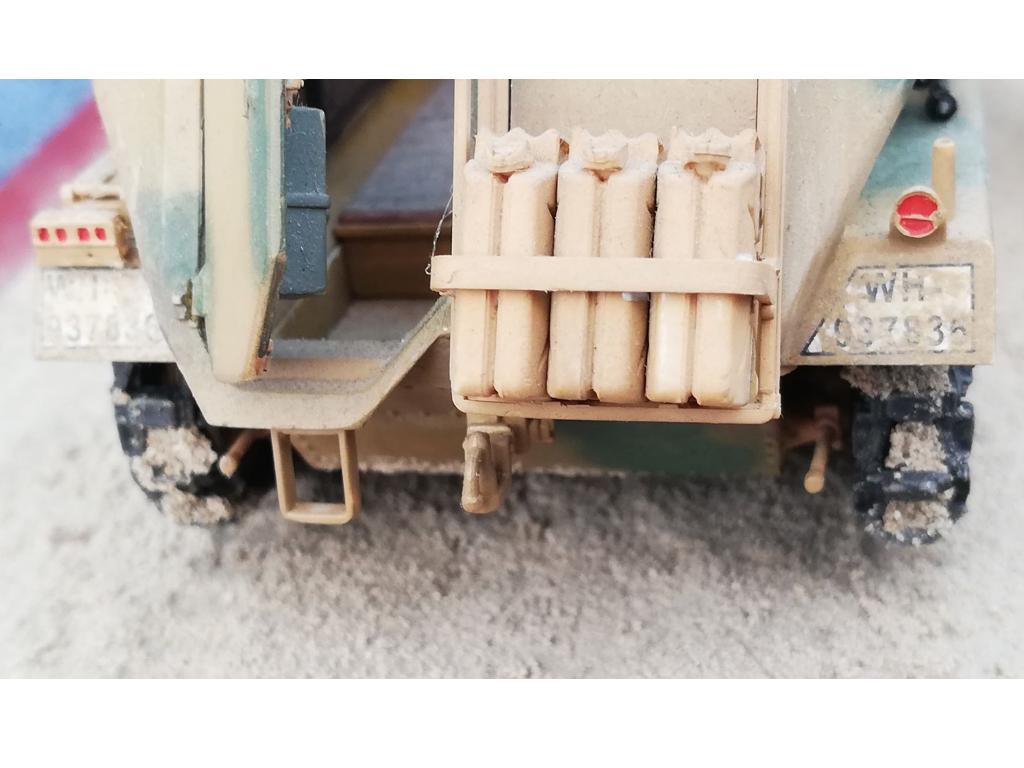 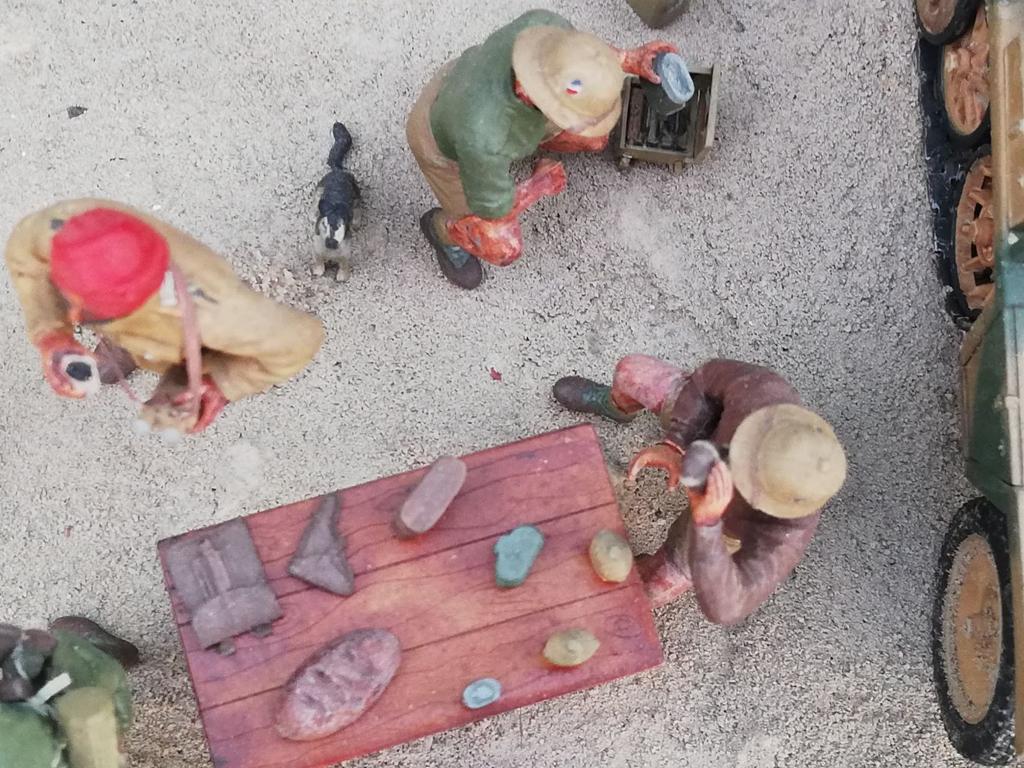 One of the British armored units tank passed over a stone and it broke the chain. The german unit shot the paralyzed tank from the distance while the unit tried to repair the tank (other side of it) so they survived the attack. Meanwhile Rommel (German Military Commander of the Africa Korps) who was always on the frontline captured the british unit. He called an ambulance for an injured soldier too. (Size: 1/35) 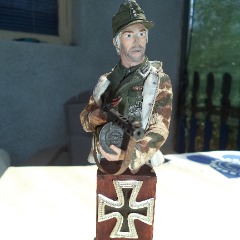