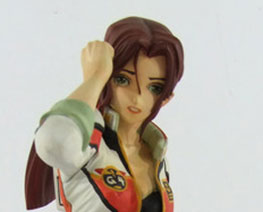 This one is a good buy. I don't know why it is at such a good price and still sit in "Mark Down " column. May be overstocked. Let me take some advantage then. Thanks to Chun, who advise me to put this kit at a seperate topic from 1/6 Peorth. Just to get greater chances to win some prizes. I've been so stupid to put many deliveries under one topic in more than one occasion. But, I have no complaint. I have won too many prizes from E-2046 already. May be it should also go to others, so we may share the joy together. 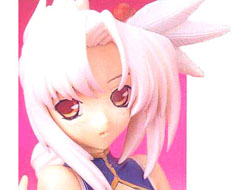 great casting as usual, its worth the time waitng for her. 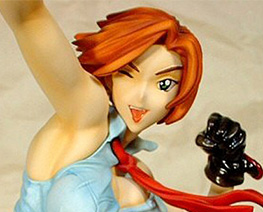 lost my speech after i received this beautiful, yet sexy figure. 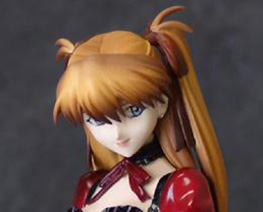 I got this kit a couple days ago, it's fantastic. I love the packaging! One thing about this kit though is that I think it's probably closer to 1/8 as opposed to the 1/6th that's listed. It is tough to see as she's sitting but I definately think 1/8th is the scale. 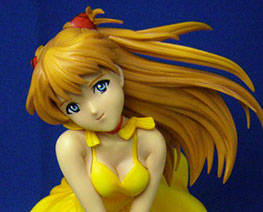 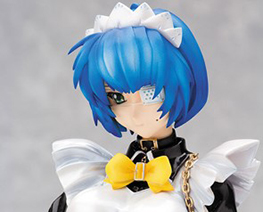 This is my third order and so far so good. It took an average around 2-3 weeks but I wasn't in any rush to receive it. I totally love the packing especially the plastic ware. I use it to hold all my tools. All the pieces fit perfectly and I can't wait to start on it. I received another kit from hobbyfan and they didn't do a good job on the packing. I was surprised that nothing was broken but the packing for e2046 is the best. Thanks guys, I will be a VIP member sooner or later. 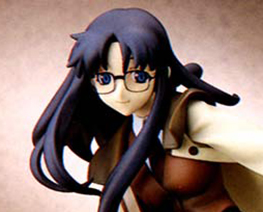 recived her two days ago! an amazing model! the sculpting is very well done and is broken down into easy to manage parts. the casting is beautiful, nice soft white resin and no mold lines and very little flash to carve off. this is probably the most impressive recast i've seen! a great buy! 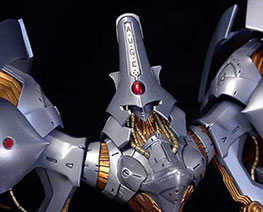 After wanting this product for quite some time, I pre-ordered, and luckily, it was shipped to me. The casting is very good.. for the mostpart. There are some faded areas, such as the small tendrils under the shoulders. Some panels aren't as sharp as they could be, but in all honesty, this is one great casting. I still see the red marks from the mould on my kit. However, there are a few problems, some of them briefly mentioned above. However, one of the larger parts of the shoulders had what looked to be a chipped/broken part. I quickly contacted Chun and e2046.com service about this, and was HIGHLY dissapointed to learn that the workshop (not '46) refused to replace this part because of a bad mould. In my opinion, a bad mould should not even SEE production, and they had the audacity to send me a flawed part and refuse to replace it. In brief, I am -satisfied- with my kit. There are holes pre-drilled and ready for pinning, with notches and locking tabs ready to test fit quite easily. Most of the parts carry very sharp detail, and look to be an original. Especially where it matters - the back of the legs, the torso etc. The runes/ lettering on the helm is a bit faded, but nonetheless, they are noticeable. The kit was well packaged - thank you e2046 - but unlike the rest of my orders, this did not come in tupperware -but I guess that it was due to the size.

Well, I was very happy to recieve this kit, and most of the parts are superb in terms of casting. There are, as always, a share of imperfections on them. Such as a bit of crud in the recessed details in areas such as the legs. The lower torso and groin are very well casted. The horns that go on the helm have a small bit of misalignment problem. A very good recast, however, there are two dissapointing parts. Part 70 - the ribbons, and part 7 - the upper torso. The upper torso had thin parts, simply caused by large bubbles trying to surface, but never making it to the top. There are also deformities, where the recasters cut the part from the sprue - a big gouge exists. As well, at the front of the torso, only three of the four recesses have been successfully recasted. e2046.com said that they would replace this one part. As for part 70, the workshop feels as though there is no problem. And I? I feel as if this were a load of crock. The ribbons are smothery on their edges, their hinges, misaligned. They have bubbles, and one of the rubbons is shorter than all of the rest. That, and it suffers from a bad mould that allowed resin to leak between the natural seams at the joining of the ribbons, making it look like a small puddle of resin. Although this may be over-anal, after seeing my friend's original Phantom and holding very high standards for workshops that claim to put fourth High Quality Recasts - my last order (8407 and this) seems to go against the trend a bit. Yes, yes. There are some excellent parts which rival the original's casting. But then, once in a while, you find a dud in the pile, which doesn't seem to be even casted by the same workshop. And oh, then they refuse to replace the damned part. I much respect the fast and helpful customer service at '46.com, and I greatly thank Simon and Chun along with their support staff for answering my emails so quickly. I must also state that they, themselves (e2046.com) is not the worskshop, but are simply retailers. However, I feel as though I should be fourtright in the expression of my experiences so that others may make wise choices. Myself? Will I doubt coming to '46.com for a FSS resin kit in the future? Yes, I have to say I would - but I still would be willing. But my overall experience is still a pleasant one. 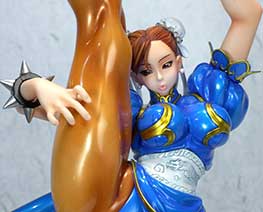 Upon opening the package, I was shocked that the kit came with a wrong reference photo, at first I thought E2046 might have sent me the wrong kit by accident, I felt much better after opening all the packages to confirm that it is infact what I've ordered. Great packaging and I finally got to see the "lunch box" protection that I've heard so much about, all my previous orders went straight to the workshops, so I've never got to see any of them the way it came. This is the first resin figure that I will attempt to build and paint on my own, what a project this will be. The only major problem with the kit is that one of her ear rings was broken off, not that big of a deal and an easy fix. As far as casting goes, I wouldnt say its anything near perfect, as I've already foresee lots of time spend on sanding and fitting, perhaps its because the pieces were rather large. Overall I'm happy with the purchase and E2046 has proven to me that they're still the number one source for anime resin kits. hey, i received this kit 3 days ago and im very happy with it... the recast is perfect and the partsbreakdown too. very nice she is so sweet and little! 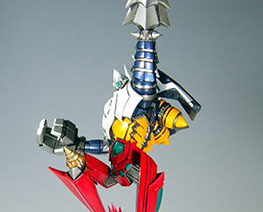 An EXCELLENT sculpt and cast. Sharp details everywhere. Great bonus: It can be assembled in battle-stance or emerging from the ground. I guess, Fabian will settle for the latter variation. Will eat less shelf space. Now we need a Getter Poseidon to accompany this great figure. 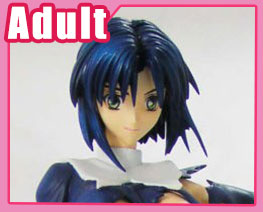 Beautiful figure, godawful sculpt. There's a DAMN LOT work to be done before her cloak will fit. The cast is excellent, just like always. Each detail is there, the swords were taped to a piece of cardboard so they couldn't break or bend. I got three kits in this delivery and the packaging crew did another fine job. 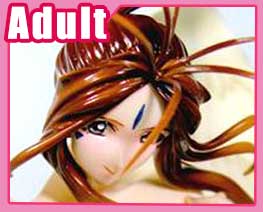 E2046 did an excellent job once again. The package arrived in a blue cardboard box, with bubble wrapping inside. The Winged Beldandy is a beautiful model figure kit. Highly, recommended its a must have. 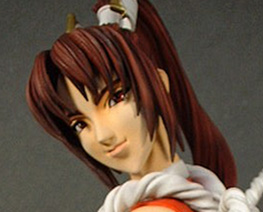 Today I received this beautiful model. It was perfectly boxed in two boxes. All the space of the boxes was wonderfully used and the pieces very well protected. 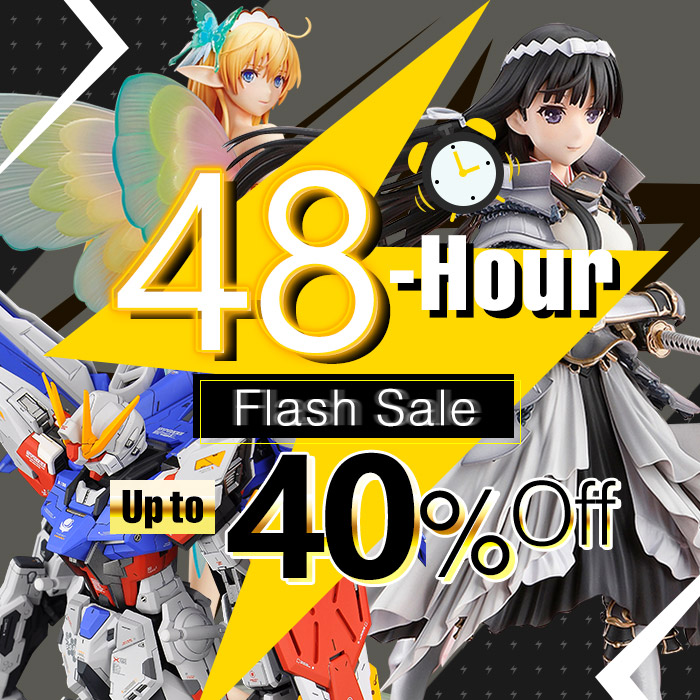