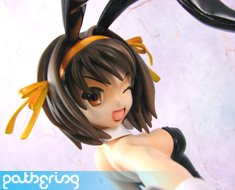 Seem the very well packaging can handle a lot. I usualy buy pvc prepainted figures but this resin figure can easily stand with the best actual products. In resin domain, the finishing and painting works are impressives. It's far better than a lot of mass producted models. The color of the skin is ok, not too much white or pink at differents lights. There is a lot of work on the shading in the hair and the bunny girl costume effects. The guitar is full of details and the star dispay base make a perfect whole with the figure itself. When I'll see an another model I like made by Gathering, I won't hesitate to purchase it, for sure. 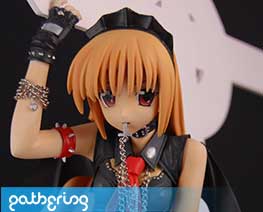 I received my model PF 3106 (1/6 Gothic Dress Devil Girl (pre-painted) last Wednesday. It is excellent. The model corresponds to the images of e2046, exactly. The packing was very professional. The delivery time was pleasantly short. Best regards, Cinggis

This was the first gk that I've purchased. The product came nicely packaged and the interior arrived without damage. It was worth the extra ten dollars or so to upgrade to ems because the guitar was so detailed meaning that the knobs could come off with ease. The assembling was easy except that the yellow ribbon to the left did not fit so well so I cut the glued that part. A couple of slight touches on the left yellow ribbon and the right up knob of the guitor made them come right off and I glued them back on (that's why you want EMS). The guitar was so brittle that I didn't let haruhi hold it; the grip is not strong enough. Other than that, it was an amazing recast.

Shipped on 20th night, arrived on 22nd afternoon. Really fast shipping. The package was very solid though. Two layers of bubble wrap protected the main box. Inside the box, huge styrofoam pieces protected your figurine. I was a little disappointed with the cardboard box though. I thought it was going to be a solid plastic box from the photos. haha. But still, your figurine will not be damaged at all. Overall, I didn’t really feel like there’s any big fault. I didn’t even notice any big seams in the hair as some did. Even the skin tone came in gradients. WAH. BUT. I finally understood what people meant when they said the figure was fragile. The hair ribbon and bunny ears are self-fixed. And they dropped out with just small movements. FRAGILE in that sense. Same with regards to the position for the guitar. Certain parts of the guitar felt very fragile as well, like the tuning knobs. So be careful when taking the guitar out of the box. And I must say, nylon on figurine is just totally different. Looks different, feels different. Just adds many many points in my opinion. (never mind that it’s not real nylon) You’ve got to really feel it for yourself to know the difference. Having said all that, it's really my favourite figurine so far. Gives me confidence to do further orders with e2046. I've got a blog post about it here: http://anime.tedfox.com/2006/suzumiya-haruhi-no-yuuutsu/holiday-presents

Wow!! The package came extremely fast just a day after I was informed that it had been sent. The figure was safe, nothing damage. The package is truely perfect for the resin figure. I will absolutely purchase gathering production again soon. The figure is perfect. As I see, there is no problem with it or any flaw at all. I must say that it is much better than I thought. I had seen the photos of this figure that some buyers posting on other boards. Then, I thought I did not like the color of figure that much when compared it with the BUBBA one. However, after the figure arrived, I can see that it was different from the picture that posting on the boards (I think there must be problem with the flash and light when the owners of the figure taking the photos). The color of the figure is fantastic. I love it that all I want to say ^_^ This is my first time deal with e2046 and I can say that they provide totally impresive service and quality products. When the Yuki version come-out with gathering, I will definitely buy it with no doubt.

It arrive at my doorstep yesterday and all i can say is awesome. I really loved this figure. It has really nice shading and painting detail, nothing was damaged in the shipping process. The Paint job was excellent. This is my first Gathering purchase and I would like to thank the staffs at E2046. I am so impressed with the good service you guys provide. Will definitely buy from you guys again!

Received the Haruhi figure today. Email backlog showed a payment-to-shipped turnaround of one day-- fast! I don't have a problem with how long it took to get here (9 days), because I live on the east coast of the US, about as far from Hong Kong as you can get. It was packed quite well in custom foam, and nothing major broke. Some of the tuning keys fell off the Mondial Classic but that's nothing major (fixed with super glue). The figure itself is excellent. I've been buying prepainted resin figures for years now at conventions, this one being the first I've actually sent for, and the quality is completely over and beyond. I like the little extra touches, such as using metal pins for assembly and actual wires for the guitar strings. As noted, this is the first resin figure I've ever sent for, and I had a great experience with it. I'll definitely purchase from E2046 again in the future. 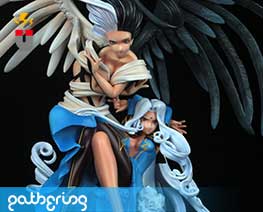 PF3472 Urd and World of Elegance (Pre-painted) Out of Stock

My first prepainted kit with e2046, and well... really professional box, fast delivering, perfect figure... my first but not the last ^^ Thank you for this great job !!

It arrive at my doorstep yesterday and all i can say is awesome.Slightly disappointed because some parts is broken due to delivery:(.overall is AWESOME! Pictures can go to www.ryangoh84.blogspot.com

WAOOOOOHHHHH Perfect painted, i love it!!! thanks for my first order, it's a great job!! I wait for my future order "in-stock" dark elf

This just came in this morning via EMS and what a nice early Christmas present it is. The figure and all its loose parts came in without a scratch on them with the amazing packing job you guys provided for these Gathering products. The box is more professional looking than any of the mass produced prepaints I\'ve seen. The one thing I was worried about most was the skin under my own lighting conditions and I\'m glad it came out to be very natural. It looks identical to my Bubba Max Factory Arisa and Shima figures which has some of the best mass production skin colors I\'ve seen. I have to say it looks around 85% as good as the original from the Wonder Festival pictures, but there are still a few quirks that I noted down immediately after putting the ears together (most people can probably ignore all these things, but I\'m trying to build and paint my own unpainted kit at the same time, so I need to pay attention to these small details): The guitar colors are all flat, which is nice for parts of it, especially the back, but I kinda wish the brown parts were treated with a few coats of gloss clear coat. That was one of the charms it had to suck the attention of so many eyes when it premiered imo. The silver accent parts on the guitar should be glossier mixed with more white for a more chrome look to it. Her right eye needed a few more even coats of clear coat as well. It looks a bit shinier on the upper portion compared to the rest and it looks like it was just overspray or it just got runny when it was put down to be cured. The mid-portion of the hair piece has half a gap on it, putty would\'ve been nice here. The other half looks like it was overpainted with a glob of brown to help fill in that gap. It\'s very minor I guess and on mass produced prepaints this is quite common, but still, it\'s there . The yellow portion of the ears still confuses me, why not all gloss black or at least make it a gloss yellow. It looks flat and it seems like the yellow was painted over a base black, which never gives a nice look imo. Her right hand has too much resin in between the fingers, this is more due to the fact that it\'s a recast instead of the Gathering series quality. That\'s about all I can think of right now in regards to little quirks I had with it, but please don\'t get me wrong, I\'m only talking about the 15% of it that could\'ve been better, the other 85% of it is breathtaking. I really can\'t stop looking at it and I am quite frankly impressed that it\'s a prepaint. With work and less time to build/paint my own kits now, I\'ll definitely see myself purchasing future works from the Gathering series . -soupy

The Paint job was excellent. My only complains were that two of the guitar tuning pegs broke off during the transportation process. The base is quite loose and guitar doesnt exactly stay in Haruhi's hand. other than that...its an excellent figure.

Just received the figurine today! This is my first purchase and I would like to thank the staffs at E2046 for replying all of my e-mails so quickly. I am so impressed with the good service you guys provide. As for the figurine, its nicely done! The details are amazing. Will definitely buy from you guys again! -Shawn

Received the figure today and I love it very much. I have nothing to say about the figure itself cause I'm really satisfied with it. The detail is superb and neatly finished. Even the cross is not totally white but has light purplish tone on the edges, it's just great! Thanks a lot E2046! I was worried something bad may happen during the delivery but I found nothing, it seems that the packaging inside protected it well. I just have 2 small suggestions about the package : First, maybe not to use any tapes for the plastics inside, the only plastic with the tape is the cross, and during unloading, the tape sticks to the cross. Luckily the paint is cured well and the tape is not strong so nothing happen. The second, I'd appreciate more pictures of the figure to be supplied. I had to look through the pictures online on E2046 to figure out how to mount the cross, but well it's not really a big deal.

Woohoo! Got my long-awaited devil-girl! Now my house is 30% more devilly. Her skirt is wonderfully done, I don't know what more to say. Oh wait yes I do: where did you get the decals? (has thoughts of sticking cross decals everywhere - Gundam Freedom w/ skirt, here we come!). Also, not so much a problem as a question, why is her skirt.. loose? Is it so I can move it higher to stare at her pantsu more easily? Or is it actually removable in some way I have not discovered yet? In any case, a most beautiful figure! You weren't kidding when you said it very closely resembled the original! 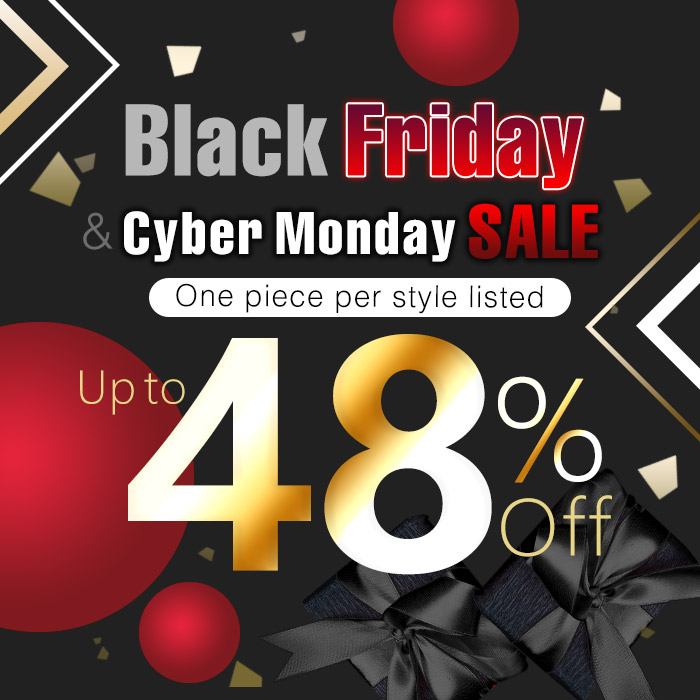