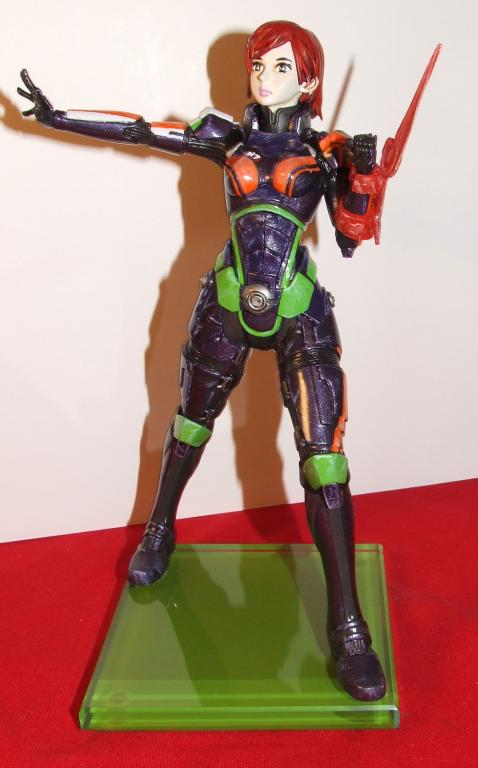 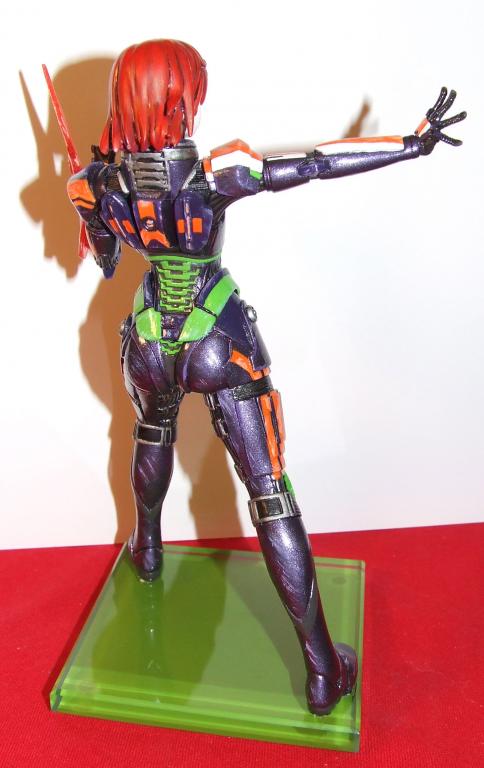 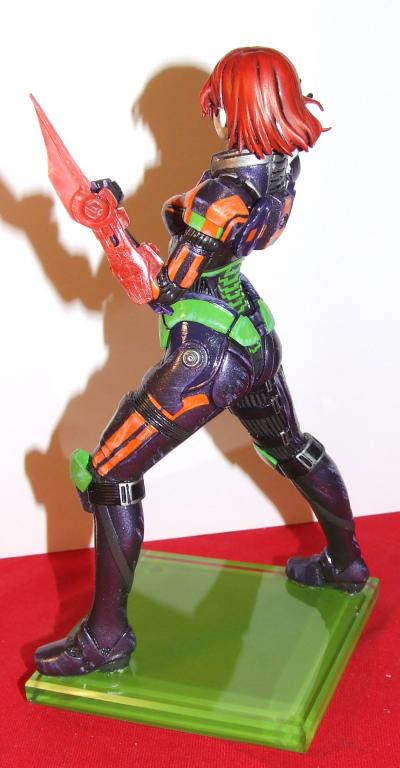 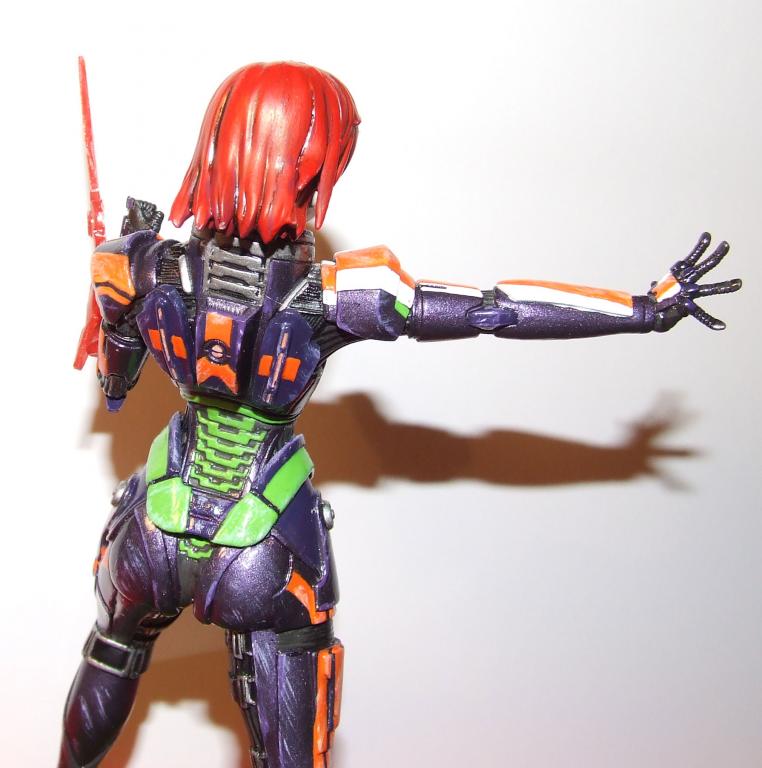 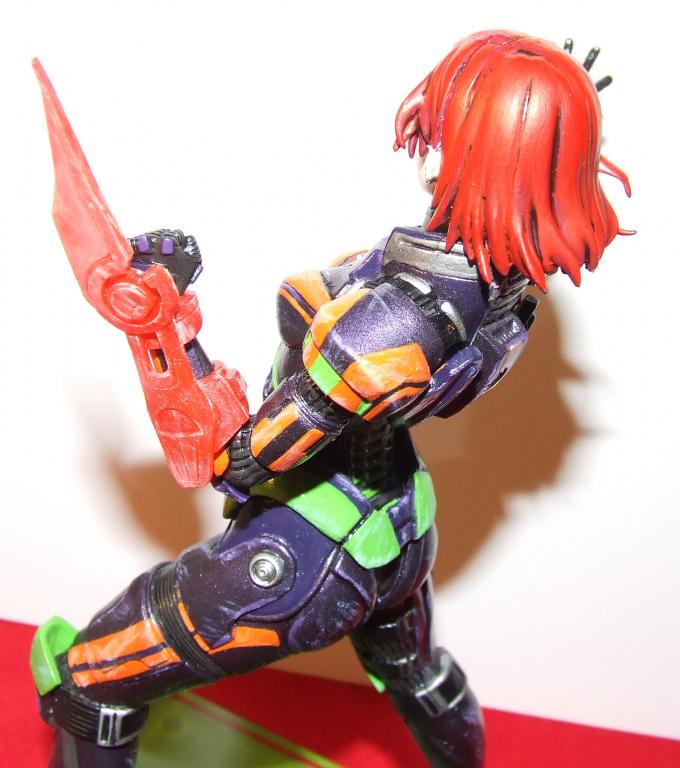 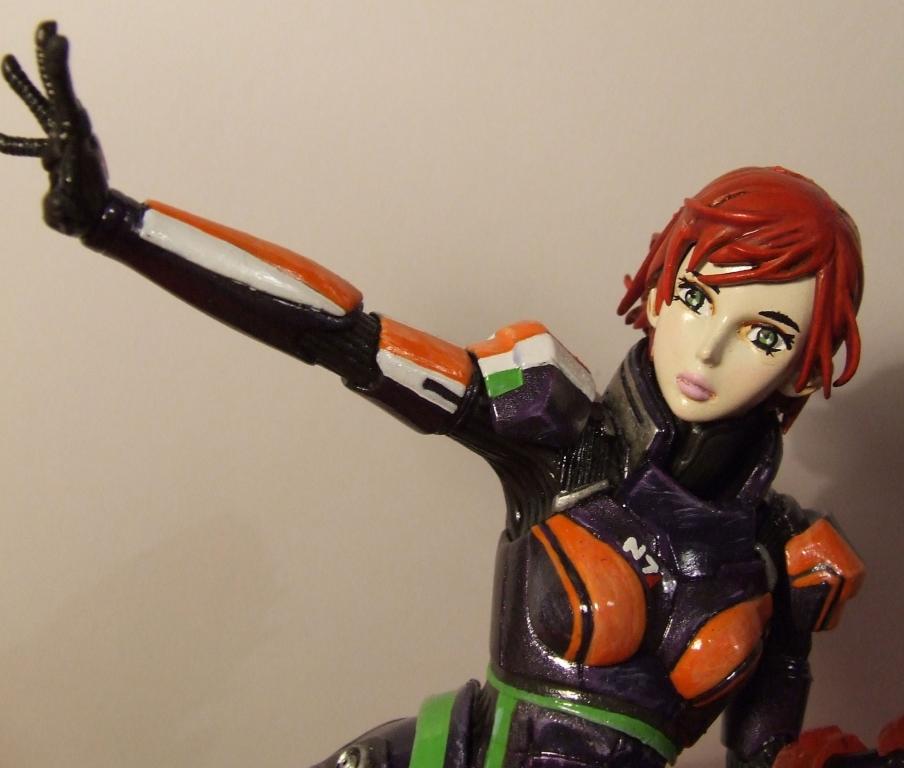 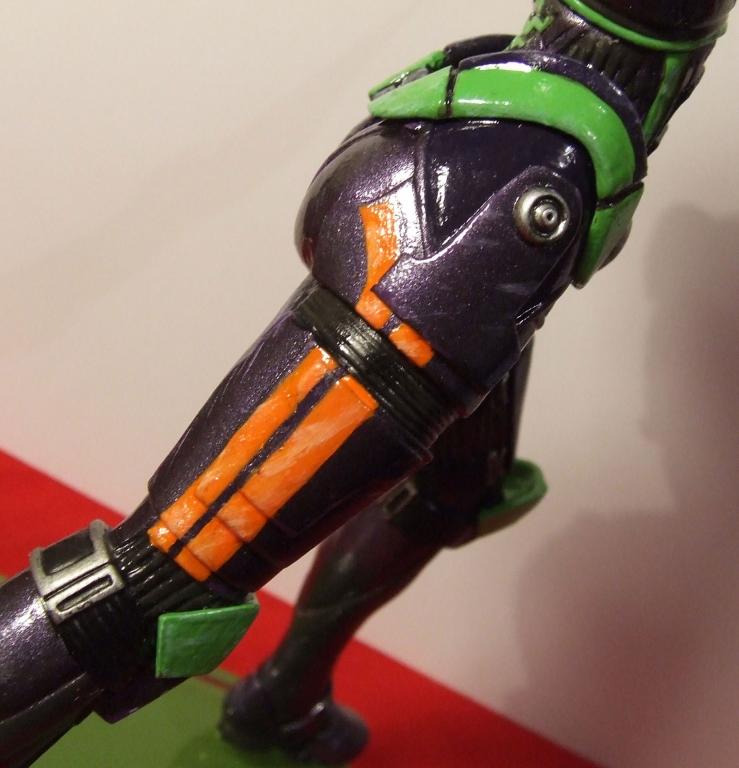 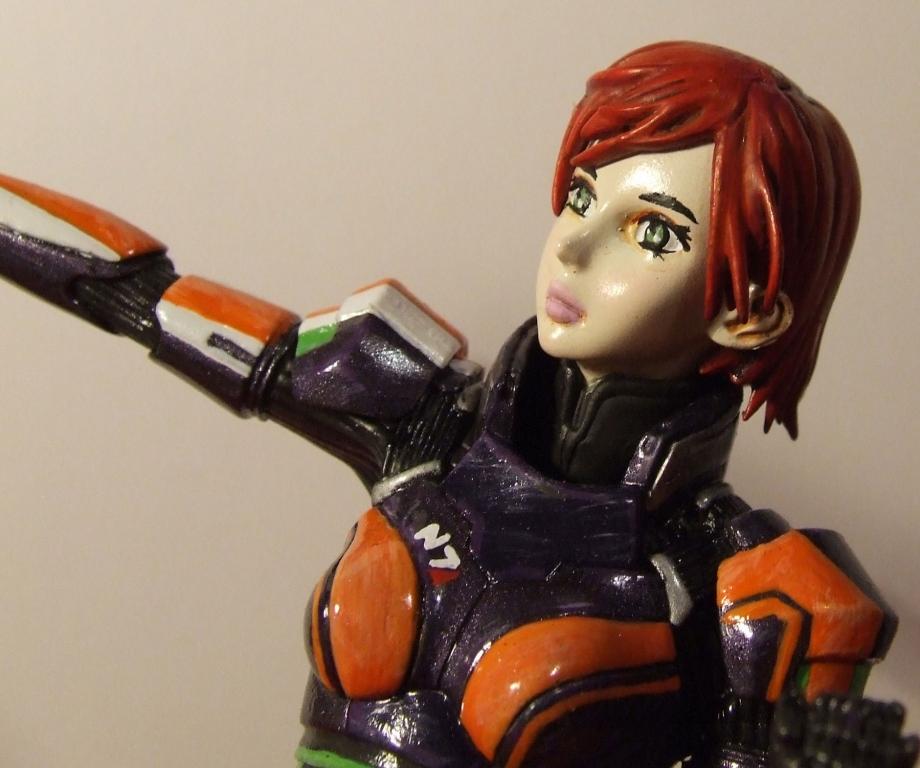 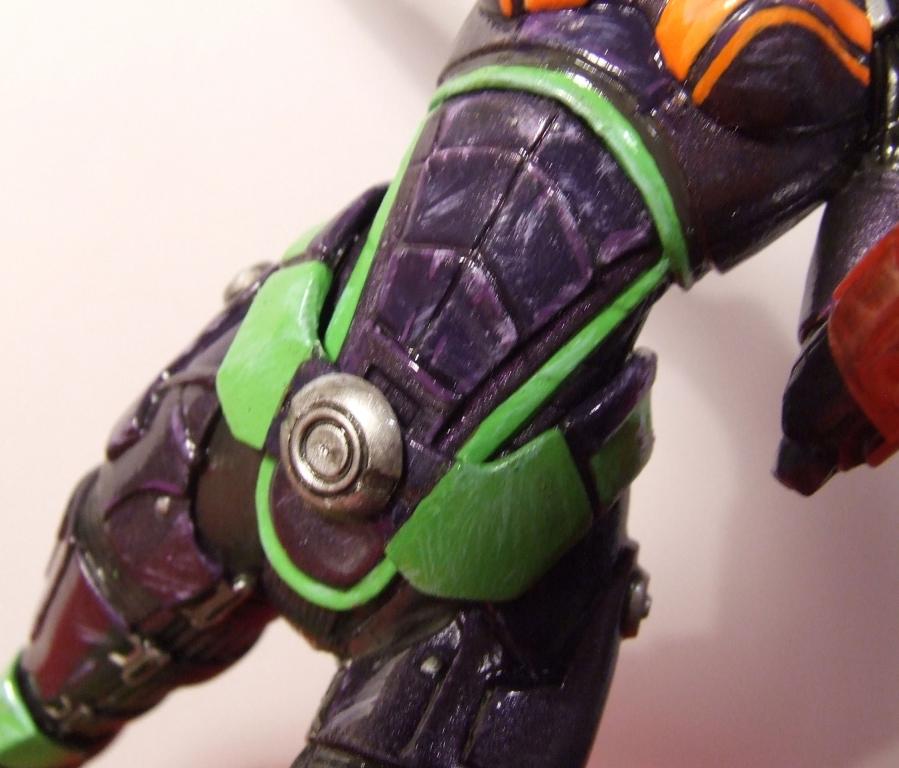 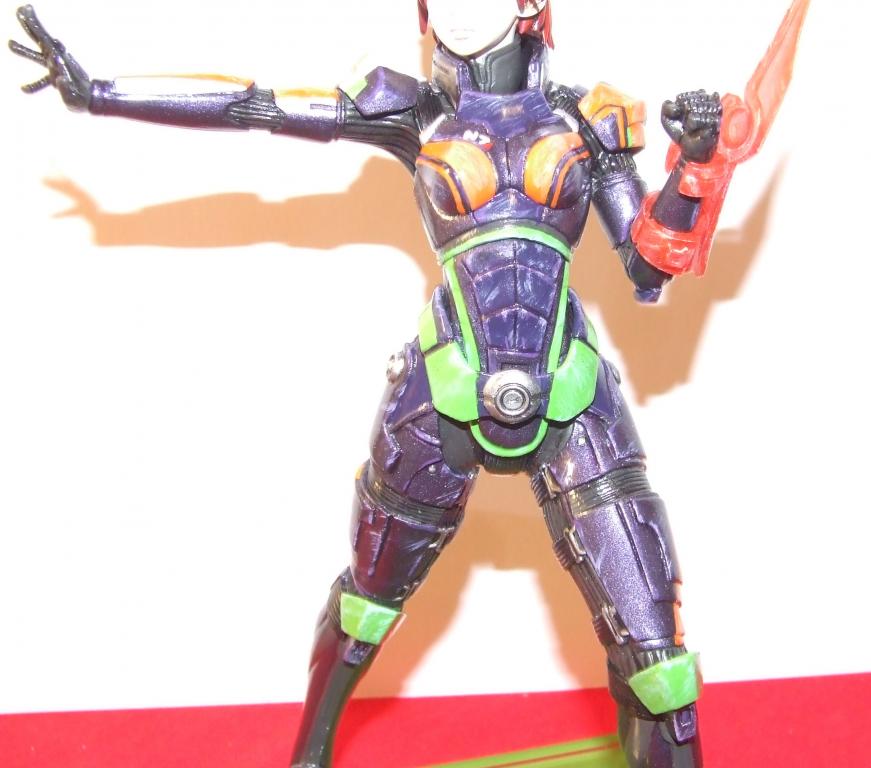 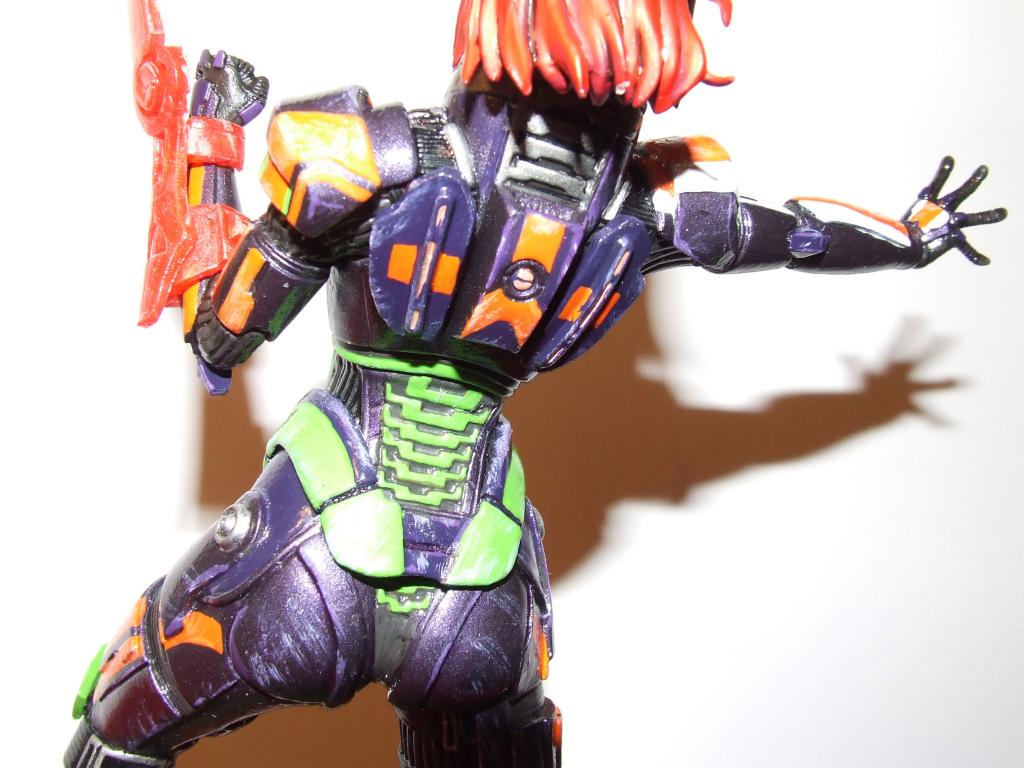 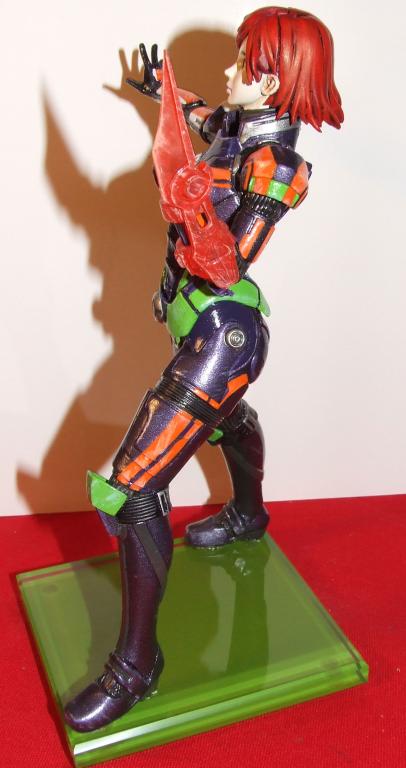 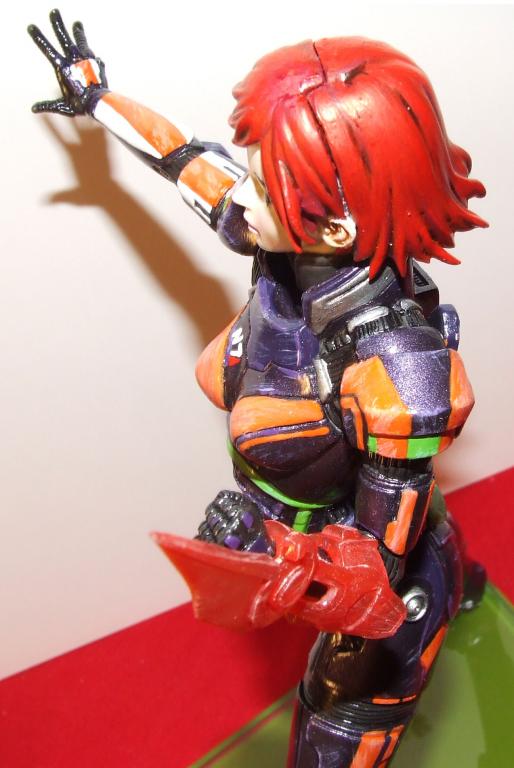 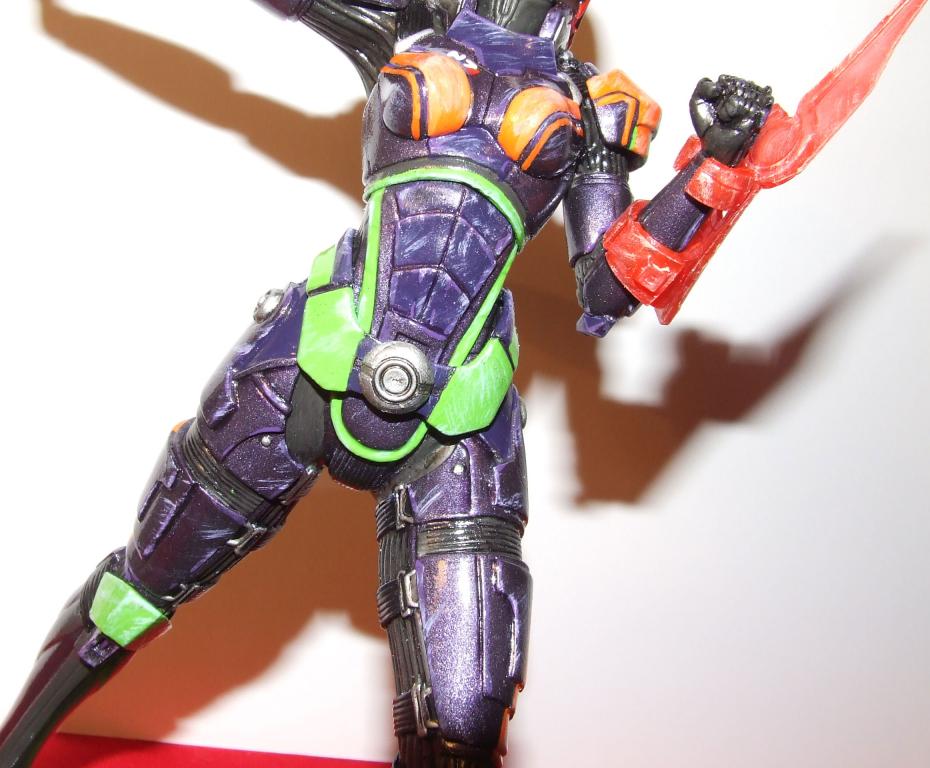 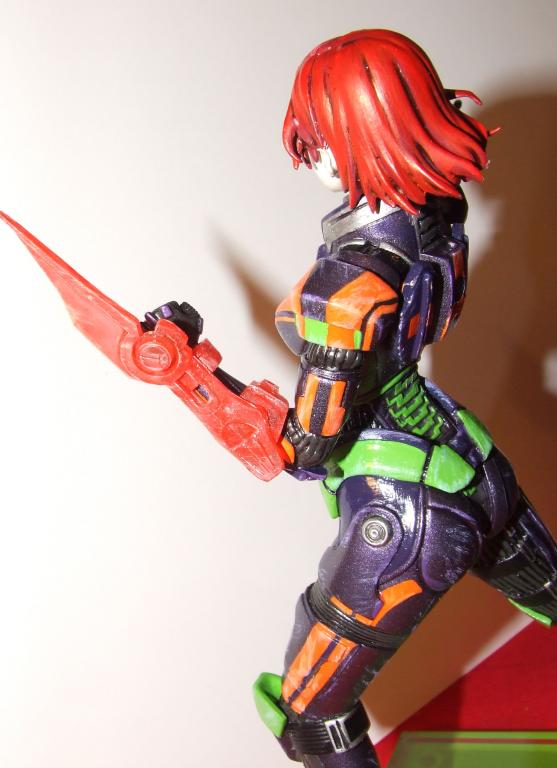 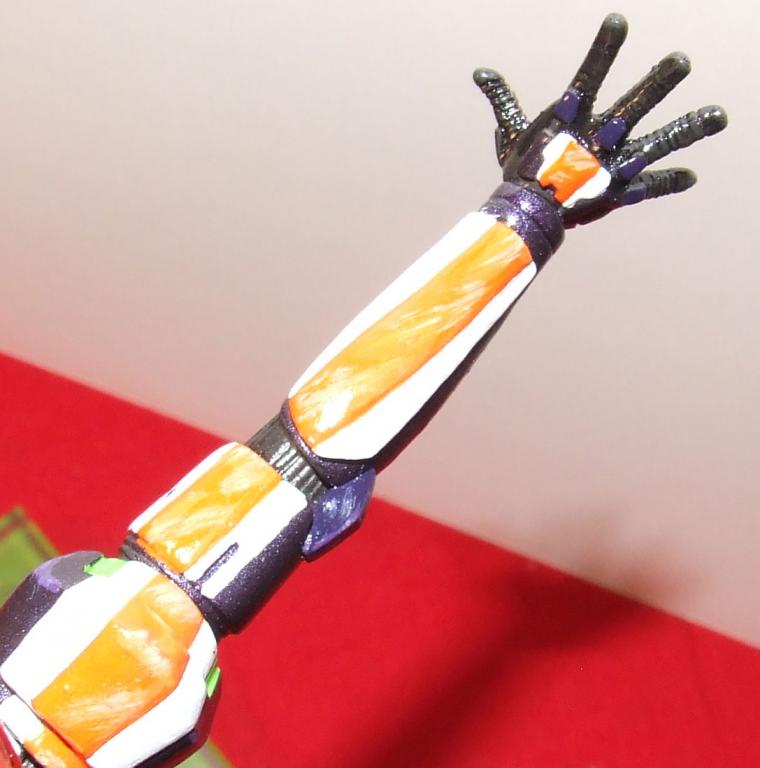 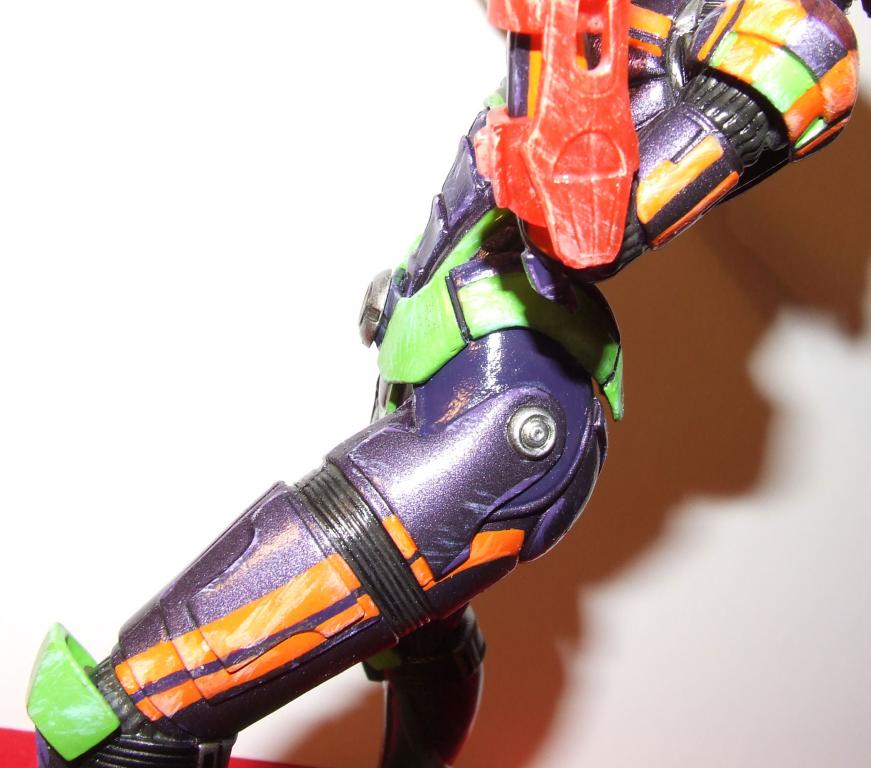 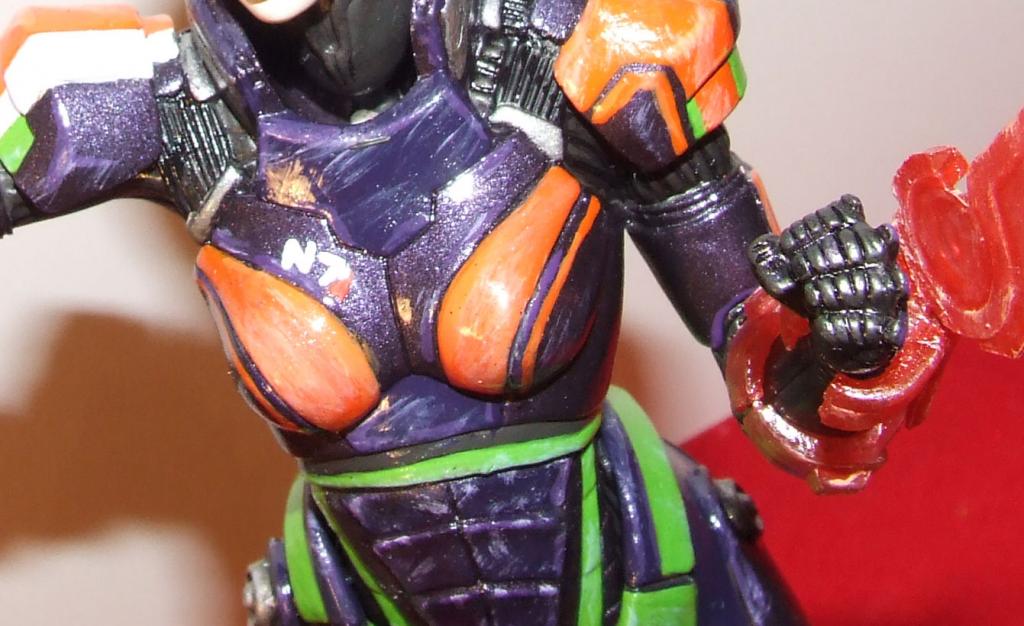 I was so happy when this Antihero kit came out, so that I could paint it in exactly the same colors as my Commander Shepard from the Mass Effect games - based on the Evangelion Unit 01 :)

As she was an Engineer in the games I went with the omniblade rather than the rifle, and I decided to leave off the hair fly away and paint the eyes myself instead of using the ones provided. As my armor in the game was quite shiny I went with a gloss varnish to get the same look, and I've tried to make it look battle used, with plenty of scuffs and scrapes.

I had so much fun painting this model - I hope lots of other people show off their characters from the game this way. (Wouldn't it be awesome to have a male Commander Shepard kit for everyone who played it that way too!)

I like the alternative colors and the used look you gave her, very pretty. ^_^ 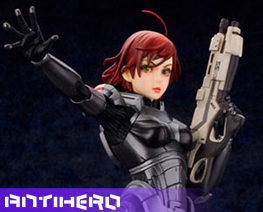 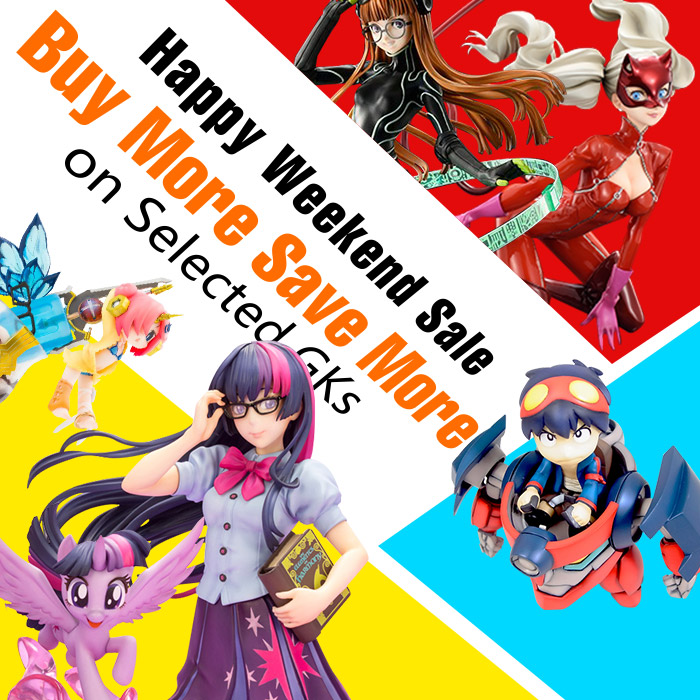