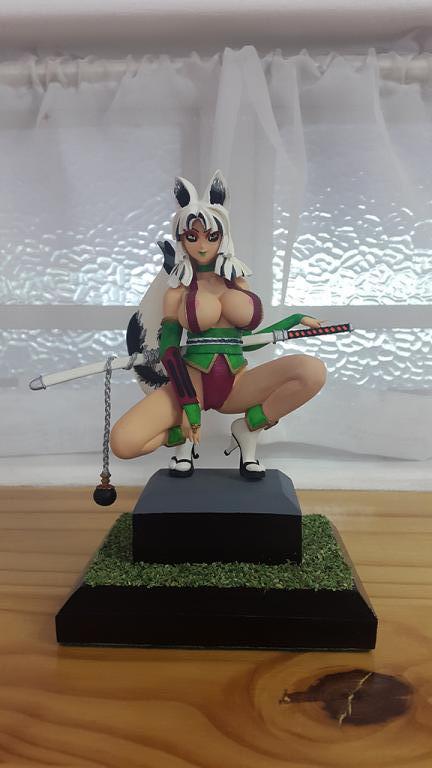 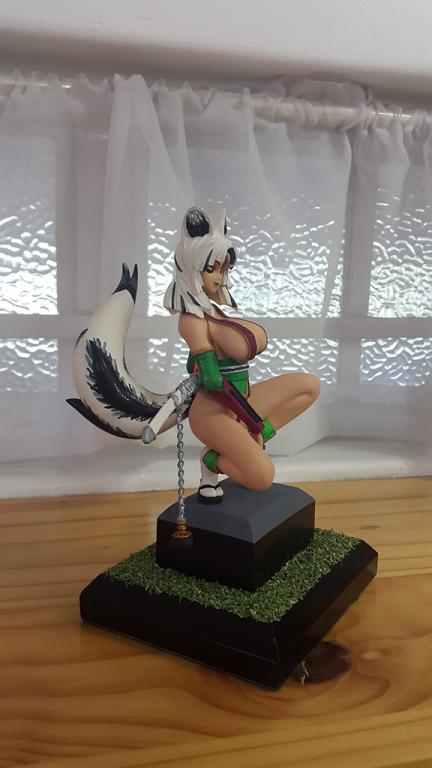 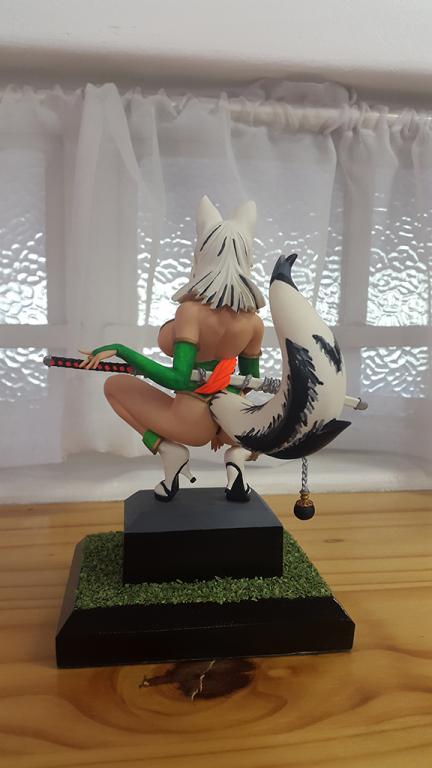 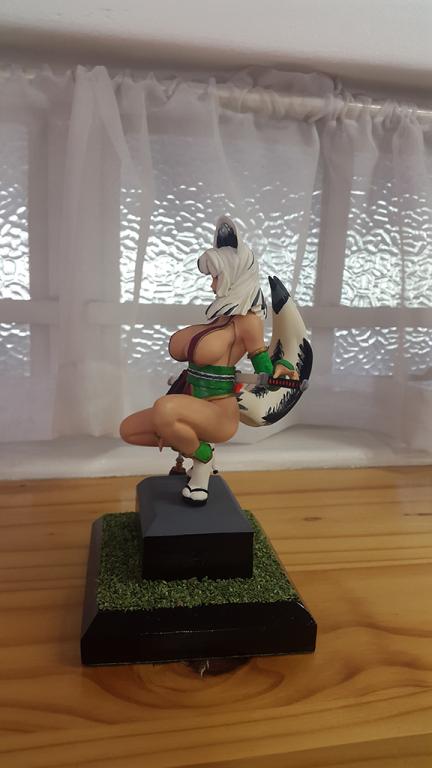 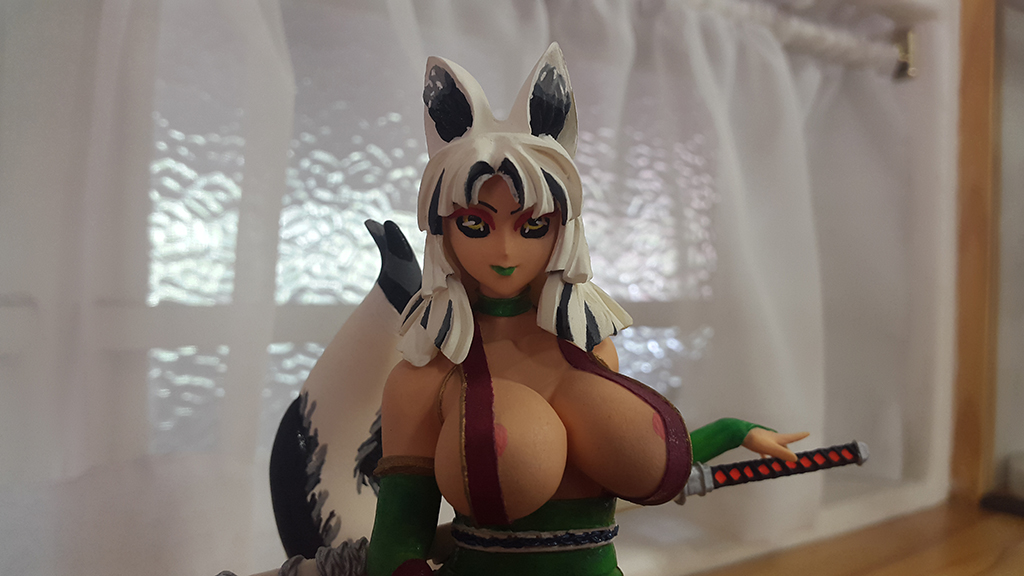 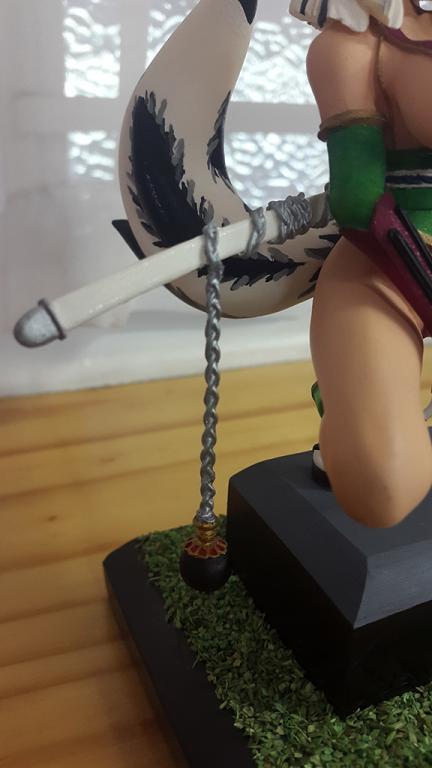 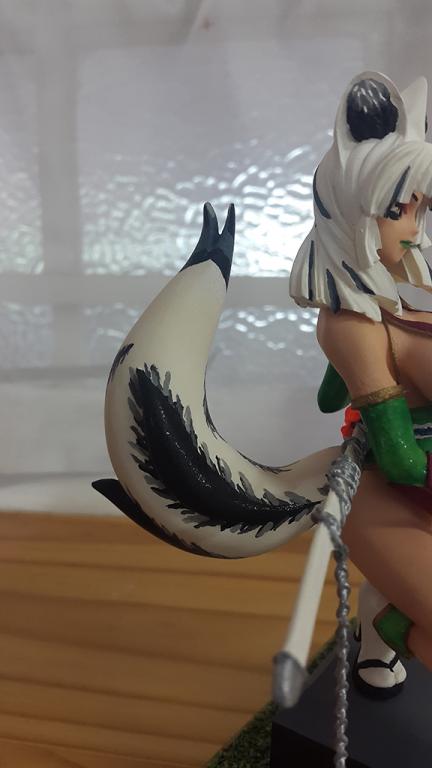 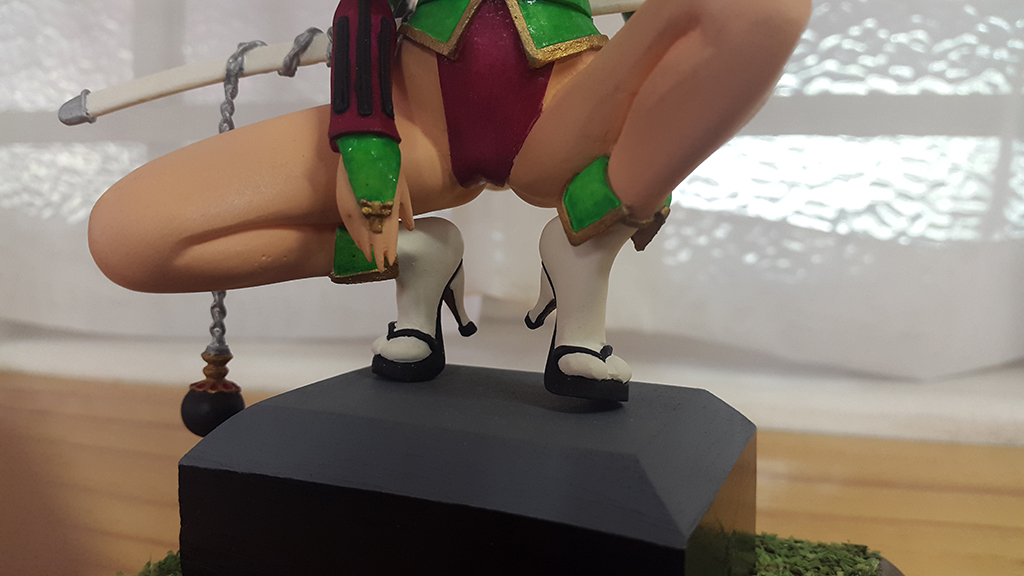 Figure No. 5. I jumped around a bit on what I wanted for colours, but eventually settled on the current one's and I think it turned out rather well. The green paint didn't come out as well as I had hoped. If you look closely you can see what I mean, despite giving it three coats I still couldn't get it the way I wanted. This is not the place to point out my problems though, so I hope she doesn't look too bad. At least there's always the next one to become better :) 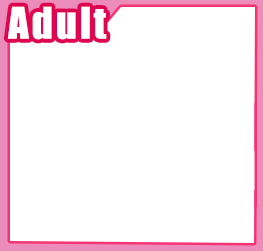 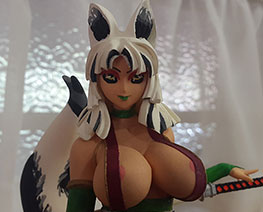 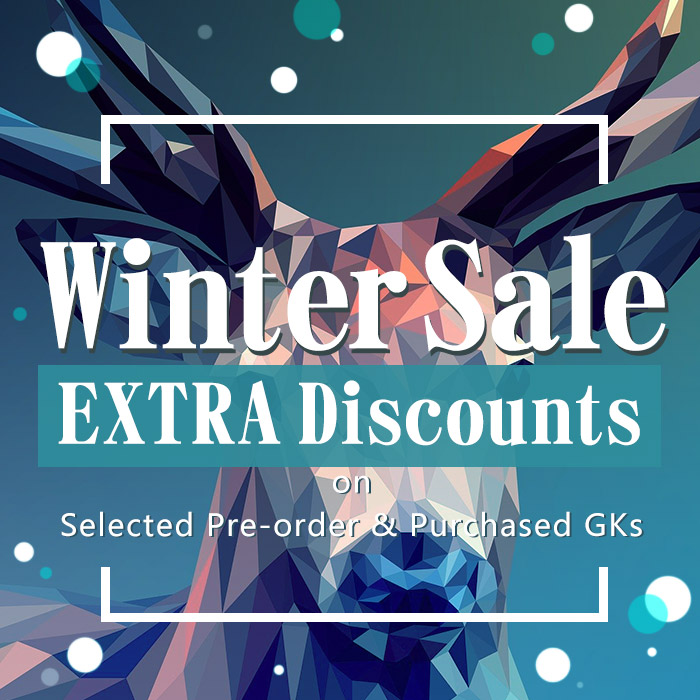