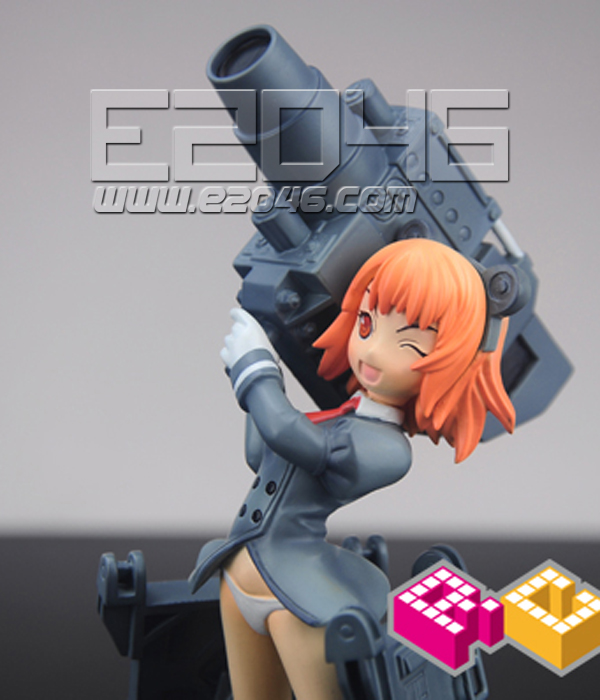 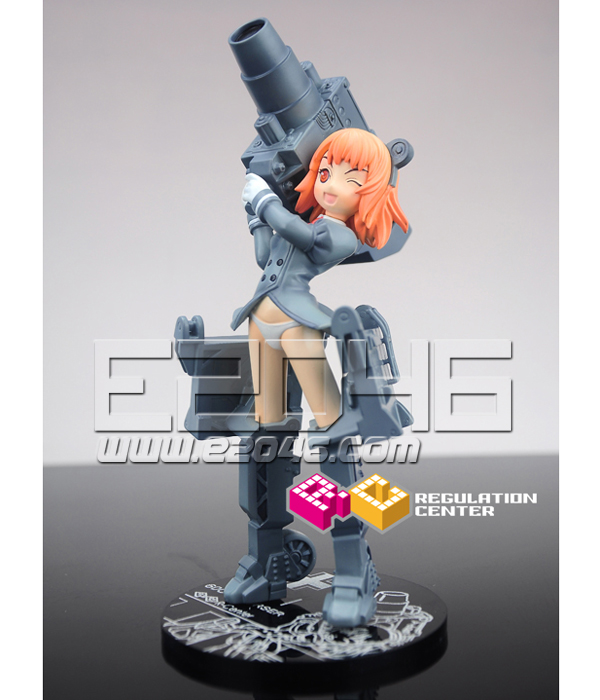 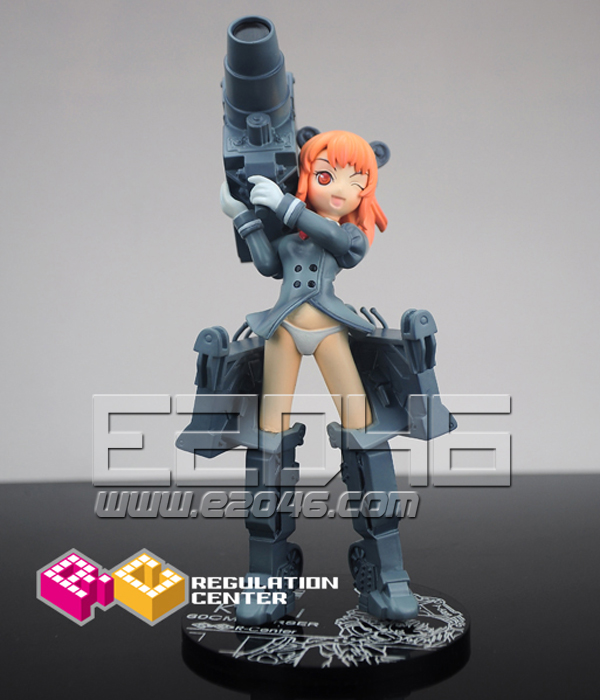 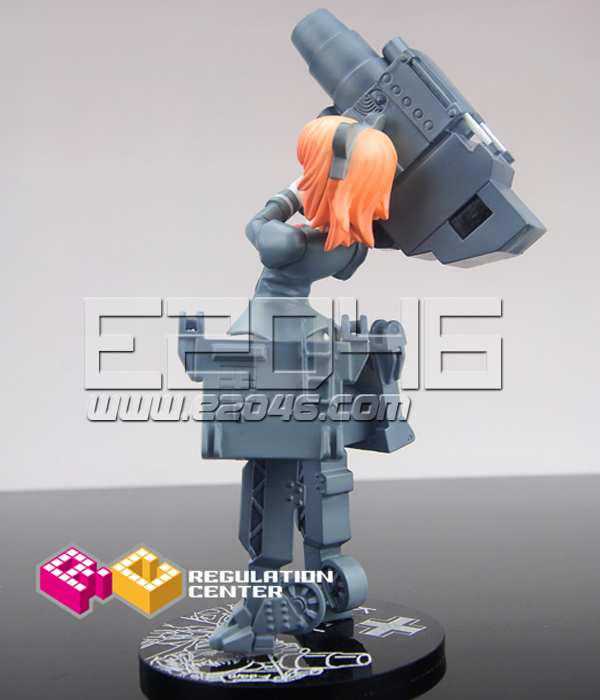 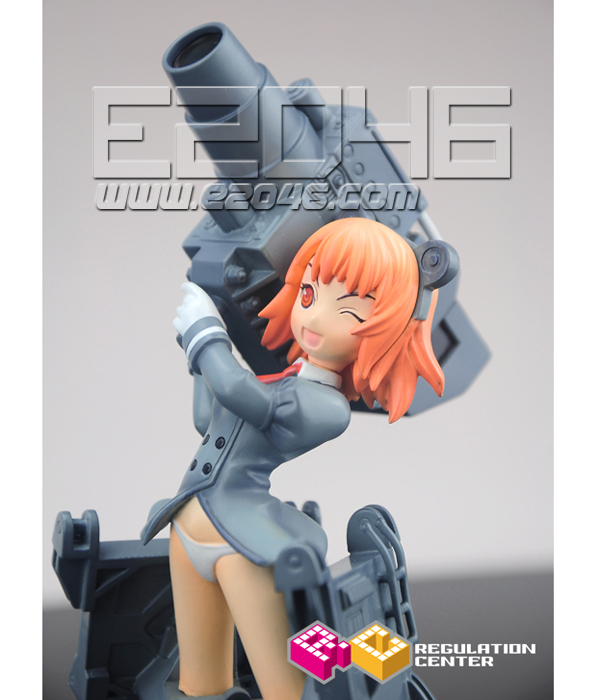 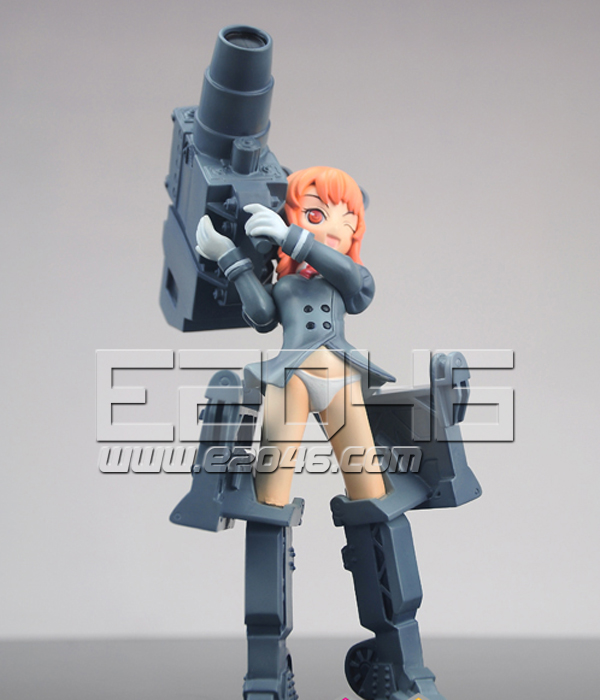 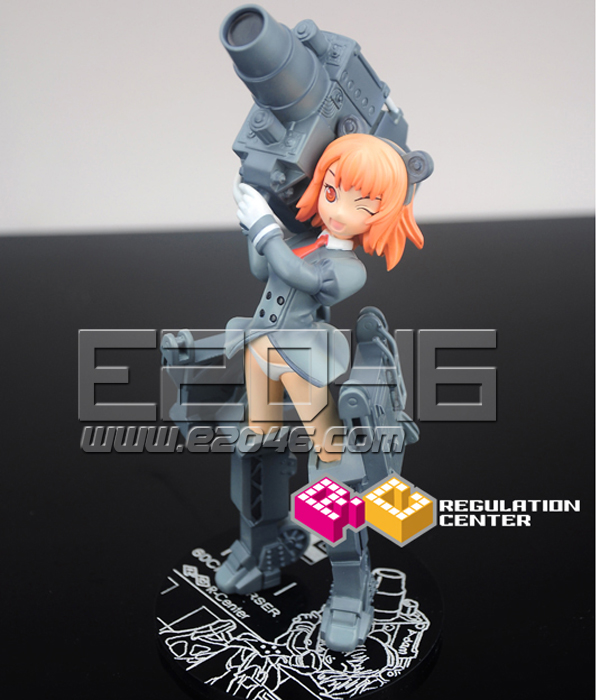 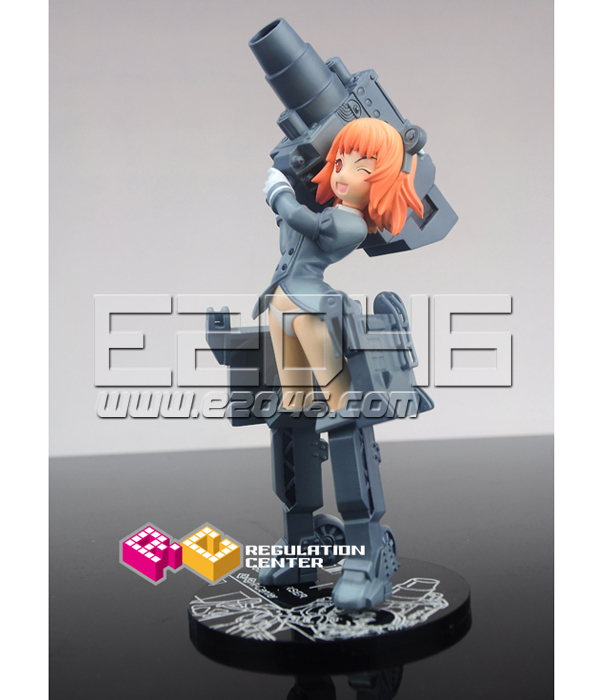 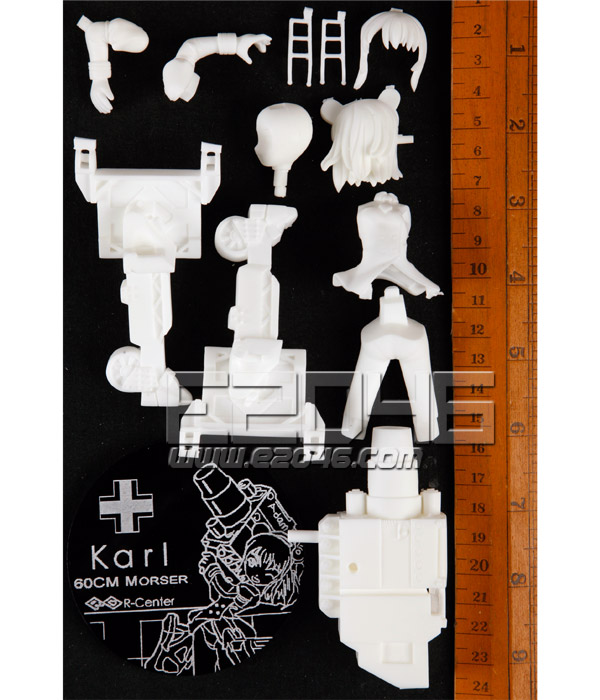 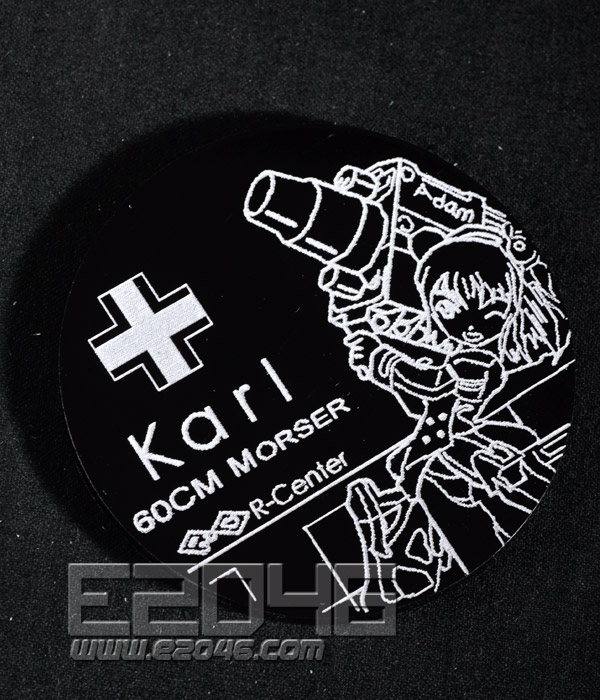 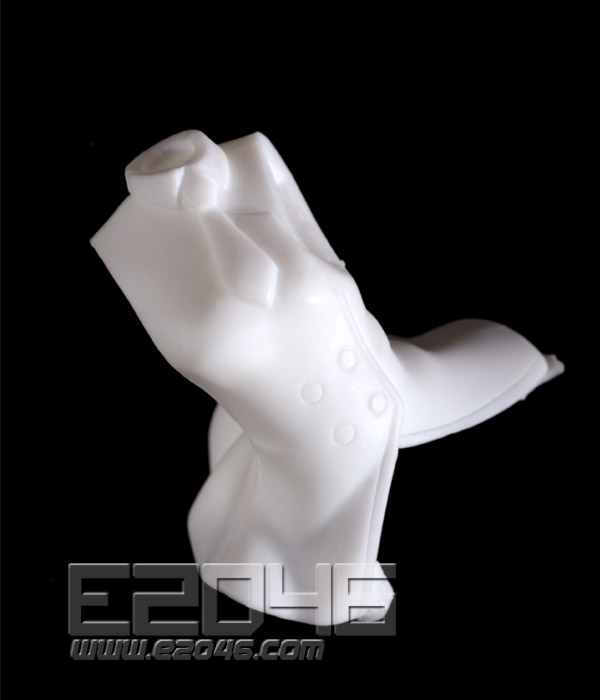 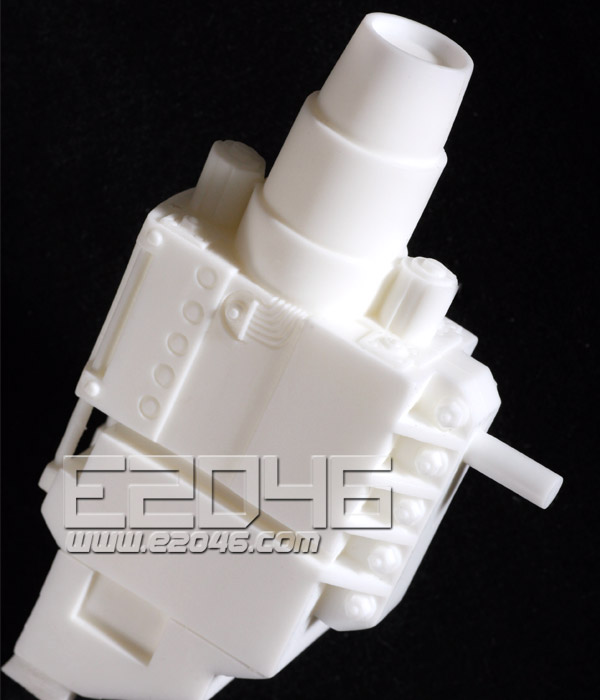 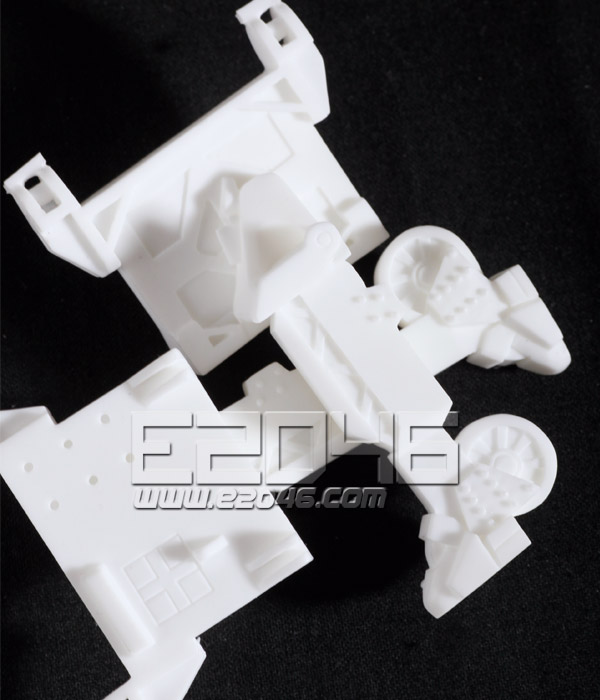 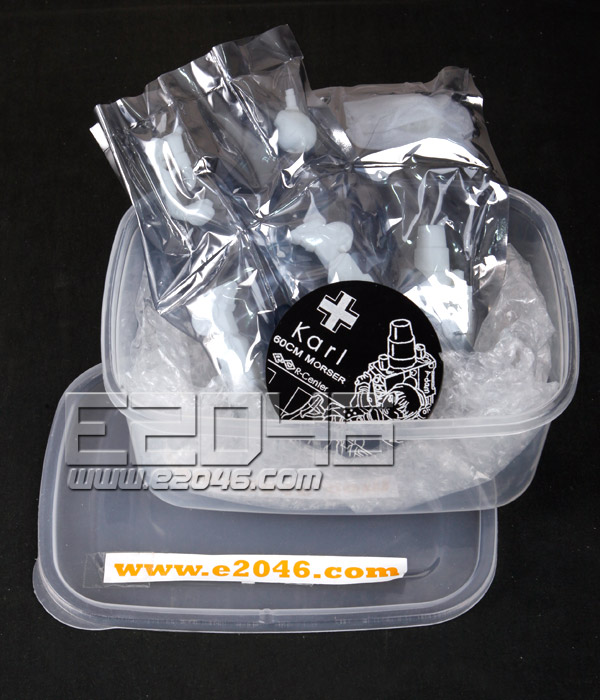 Was really confused when I saw the size of the box since I have never received a licensed product from E2046 before. The huge box for a smallish kit means there was loads of padding protecting the kit (never a bad thing.) First kit I've received made from white resin instead of the normal ivory coloured resin but there doesn't seem to be any differences other than the colour. Casting is very good as normal with no bubbles or warping. There are the normal mould lines around the parts but nothing horrible or difficult to get rid of. The dry fit of parts is spot on with no wiggle at all in most of the joints. I was curious as to why the cannon is marked "Adam" on the display base so I looked it up. All 7 of the guns made by the Nazi's had nicknames and the first one made was nicknamed "Adam" 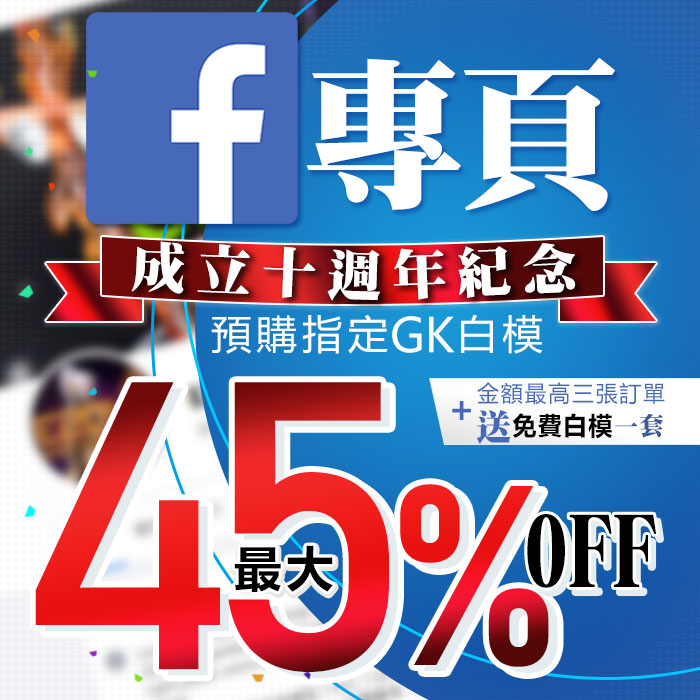