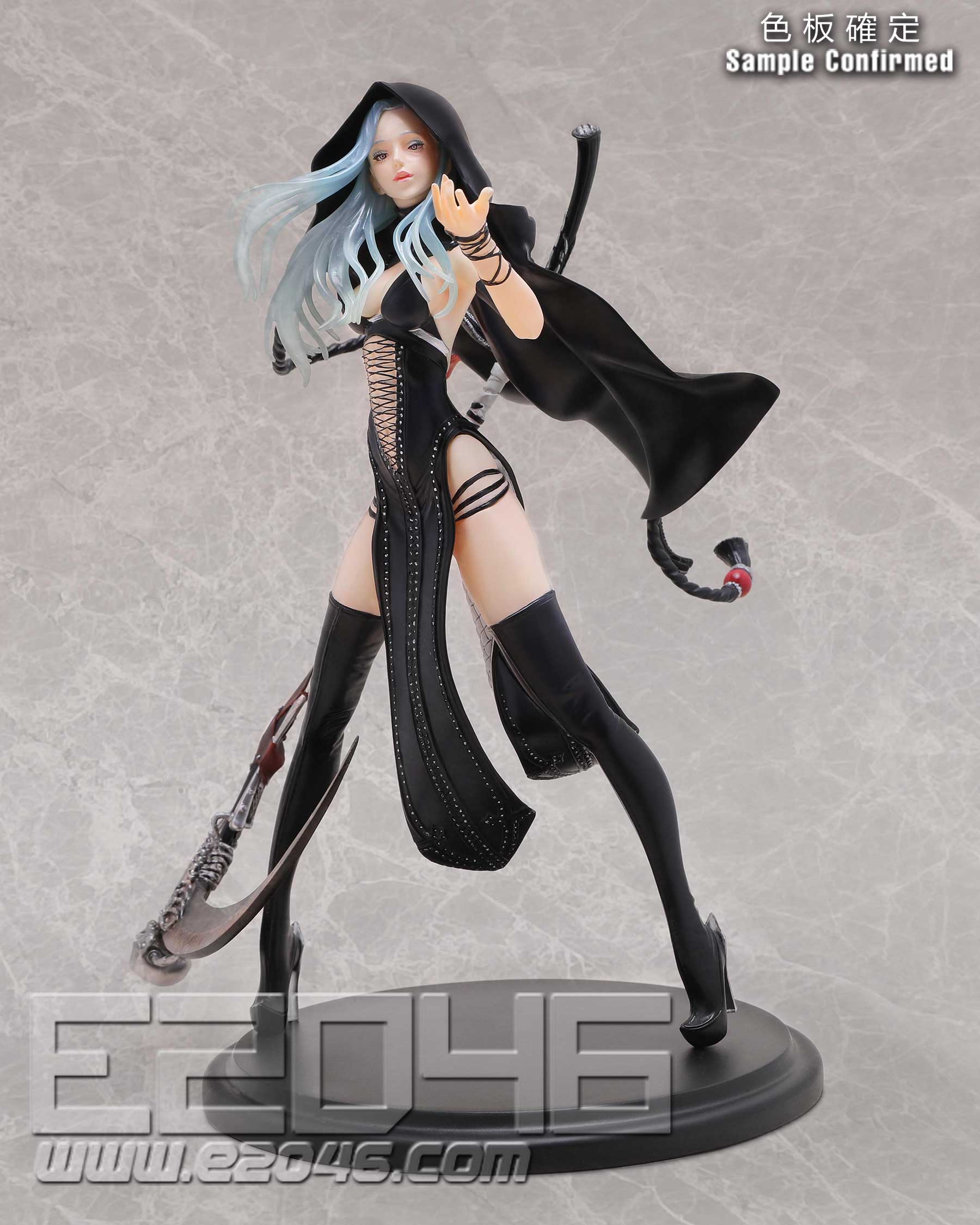 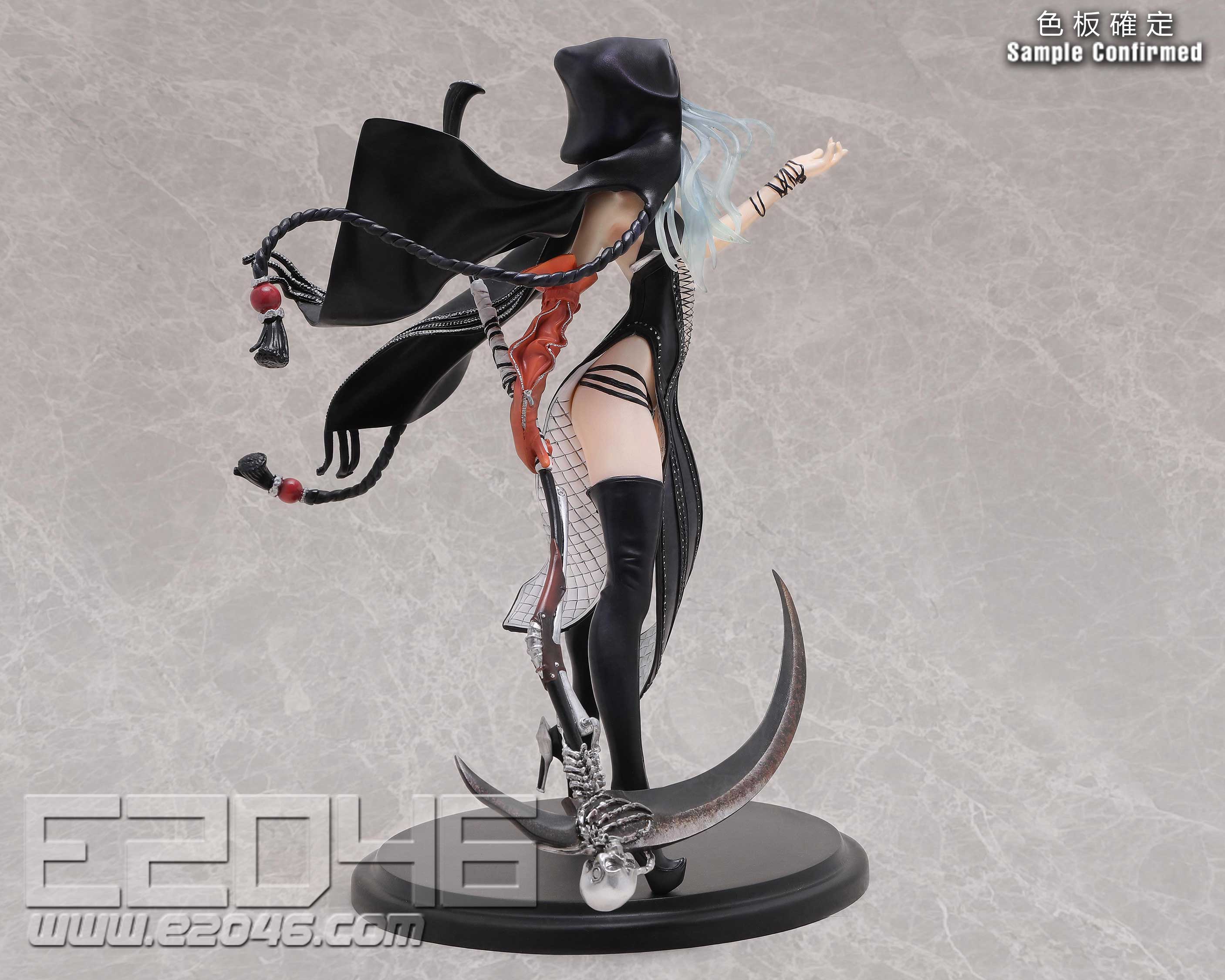 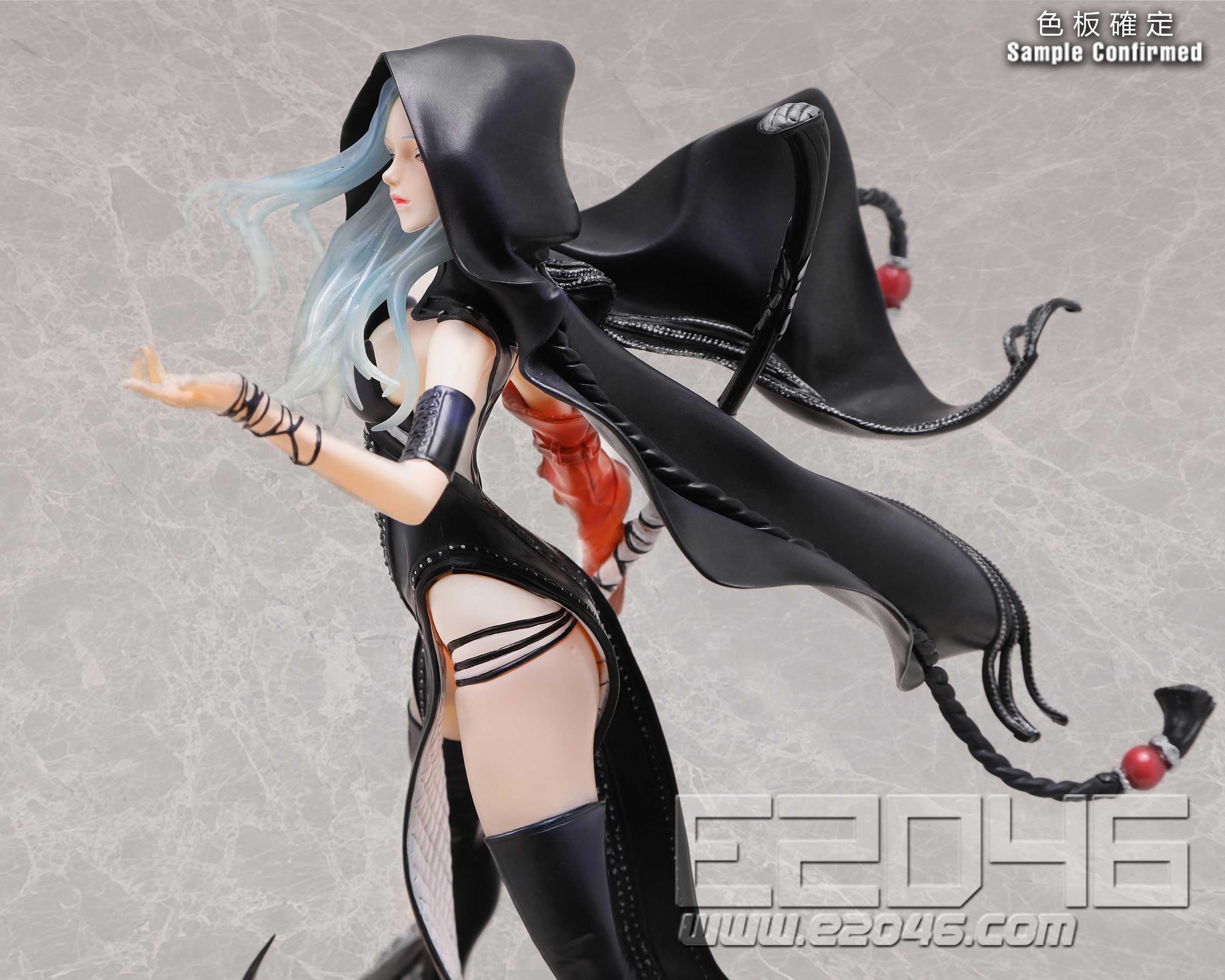 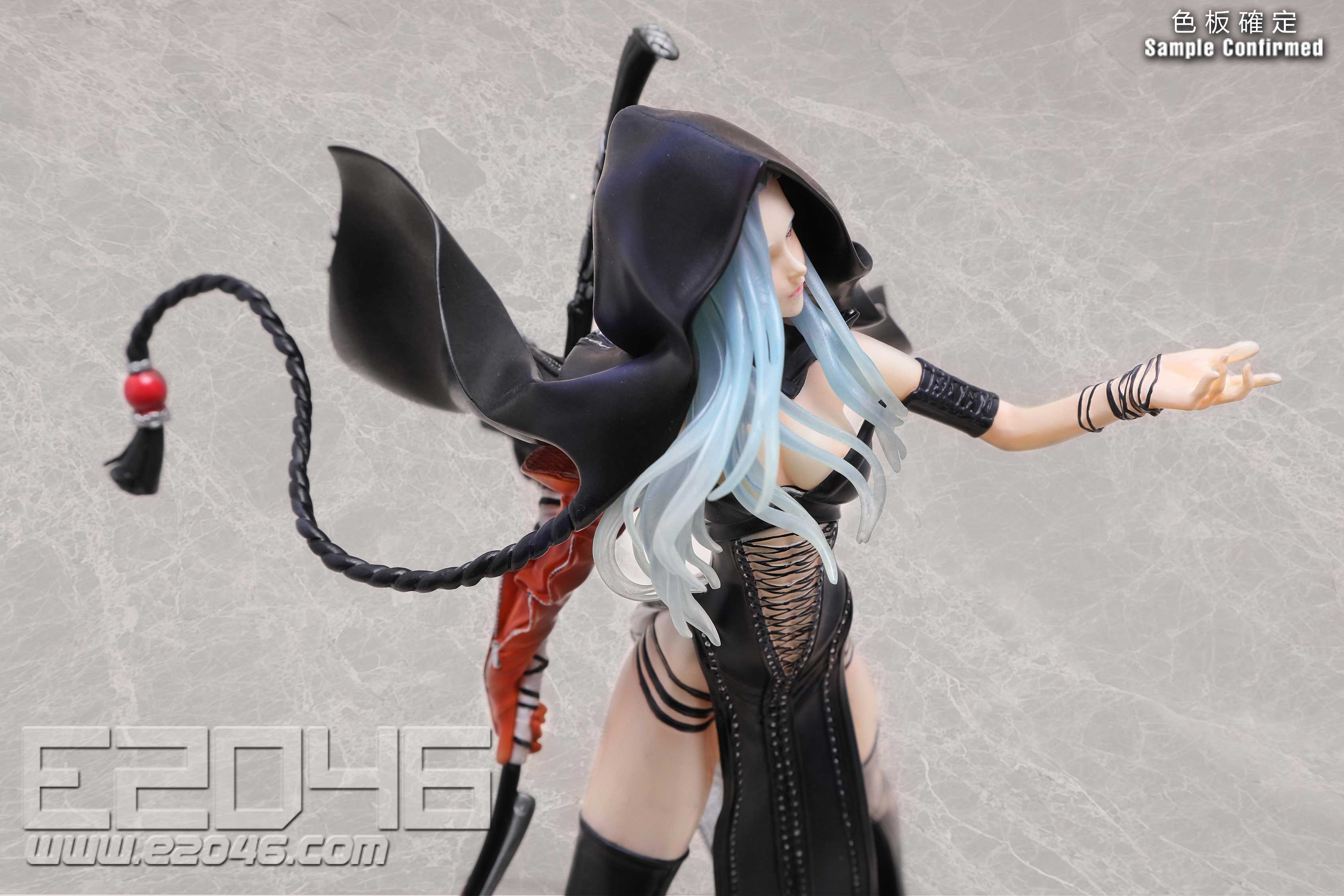 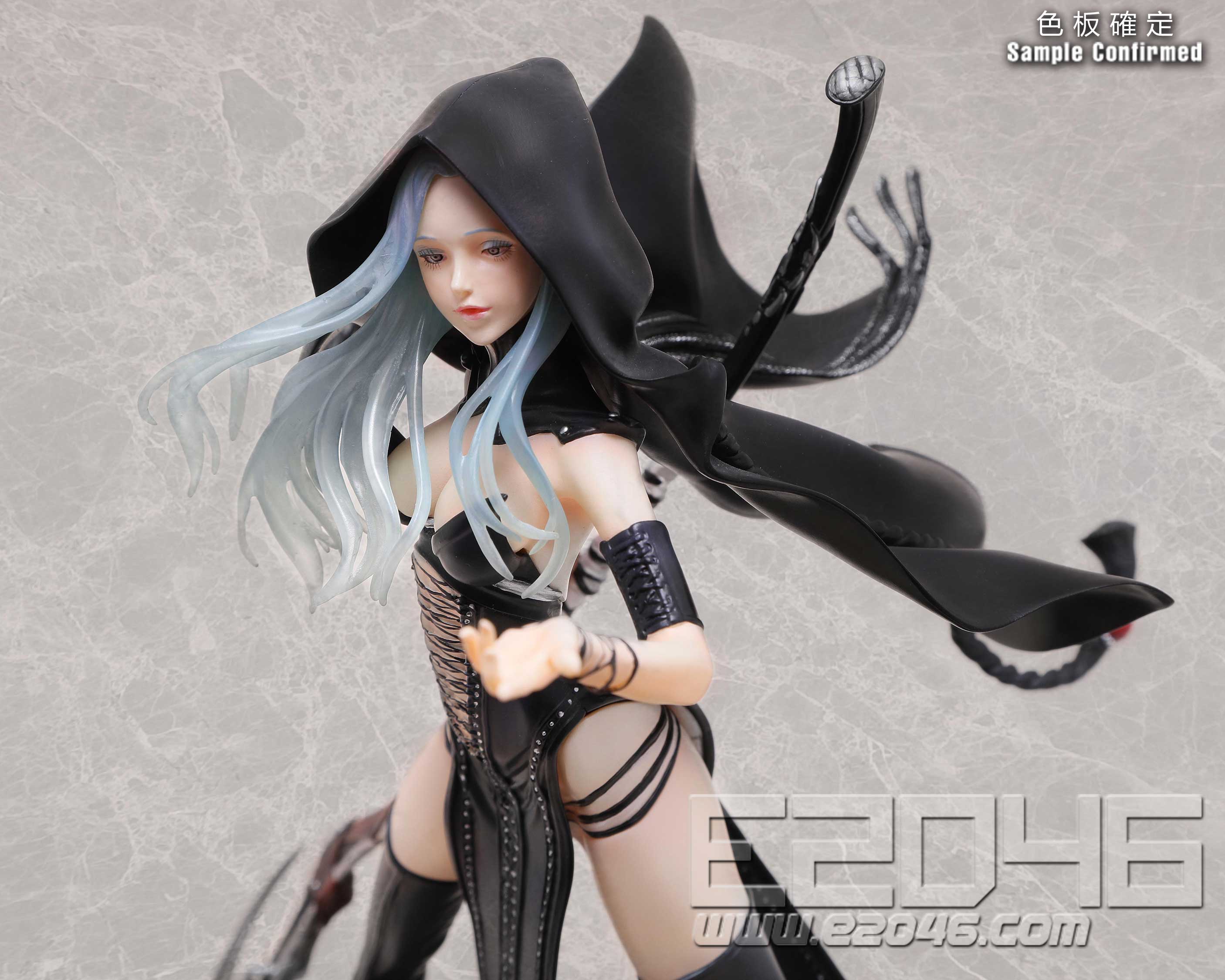 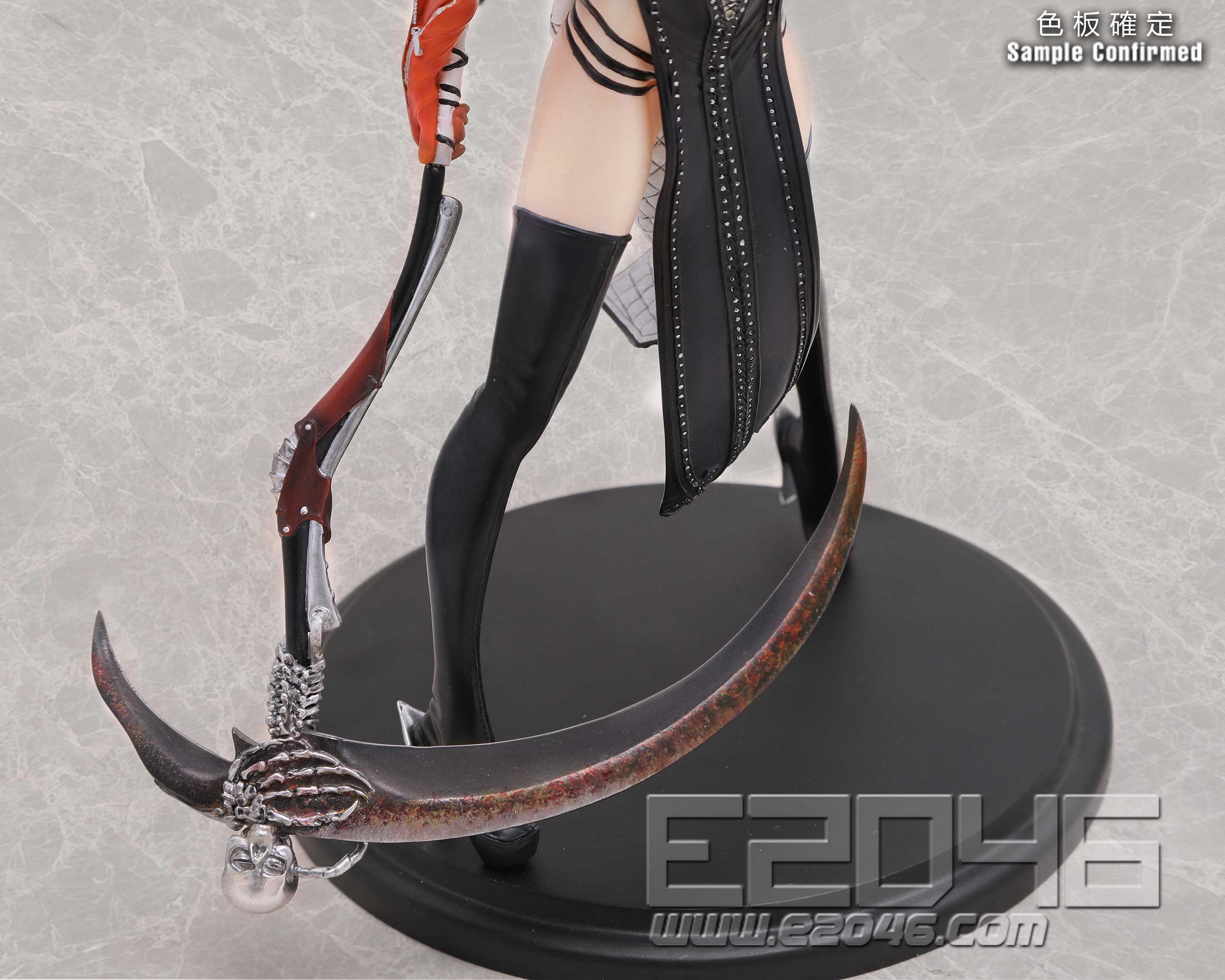 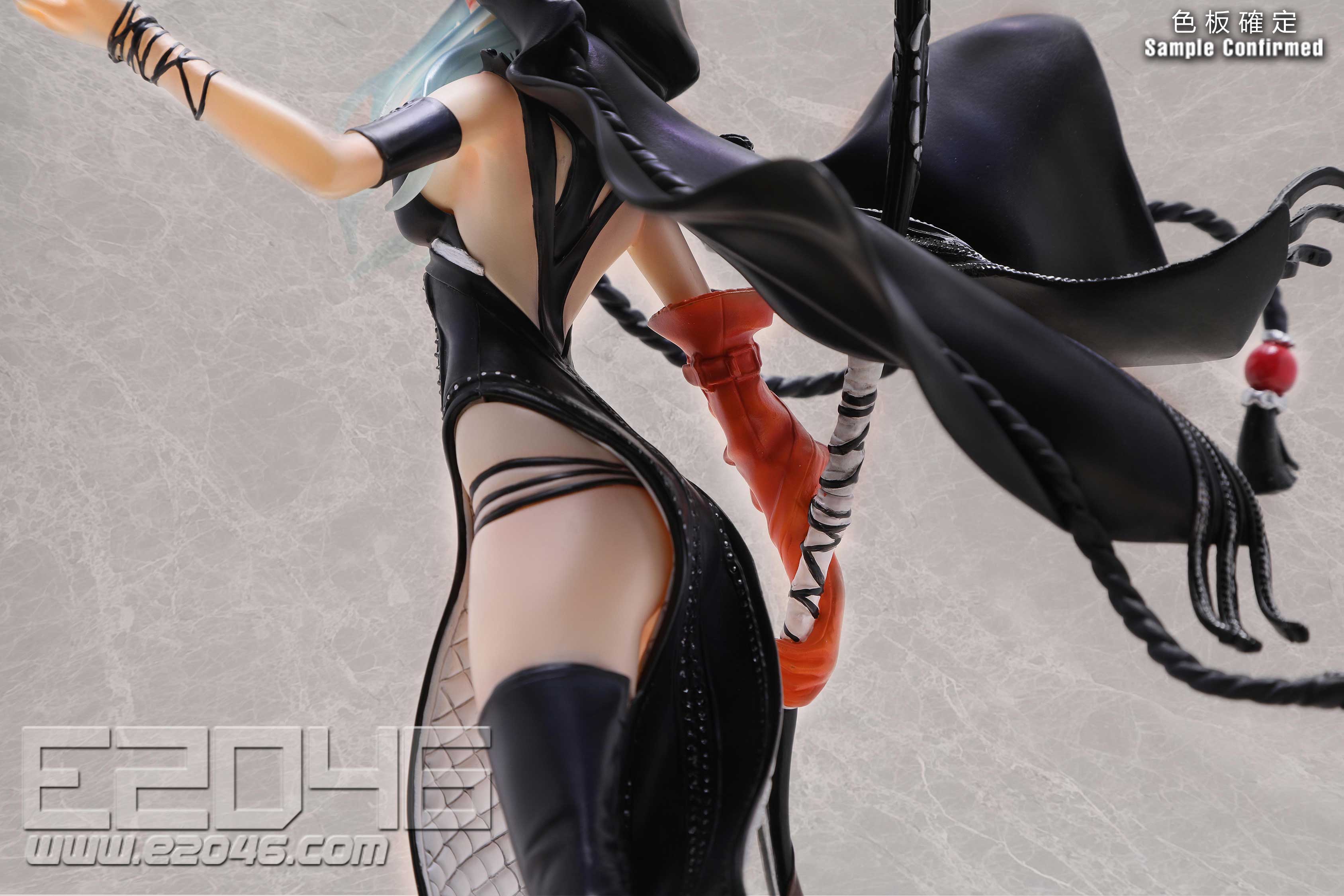 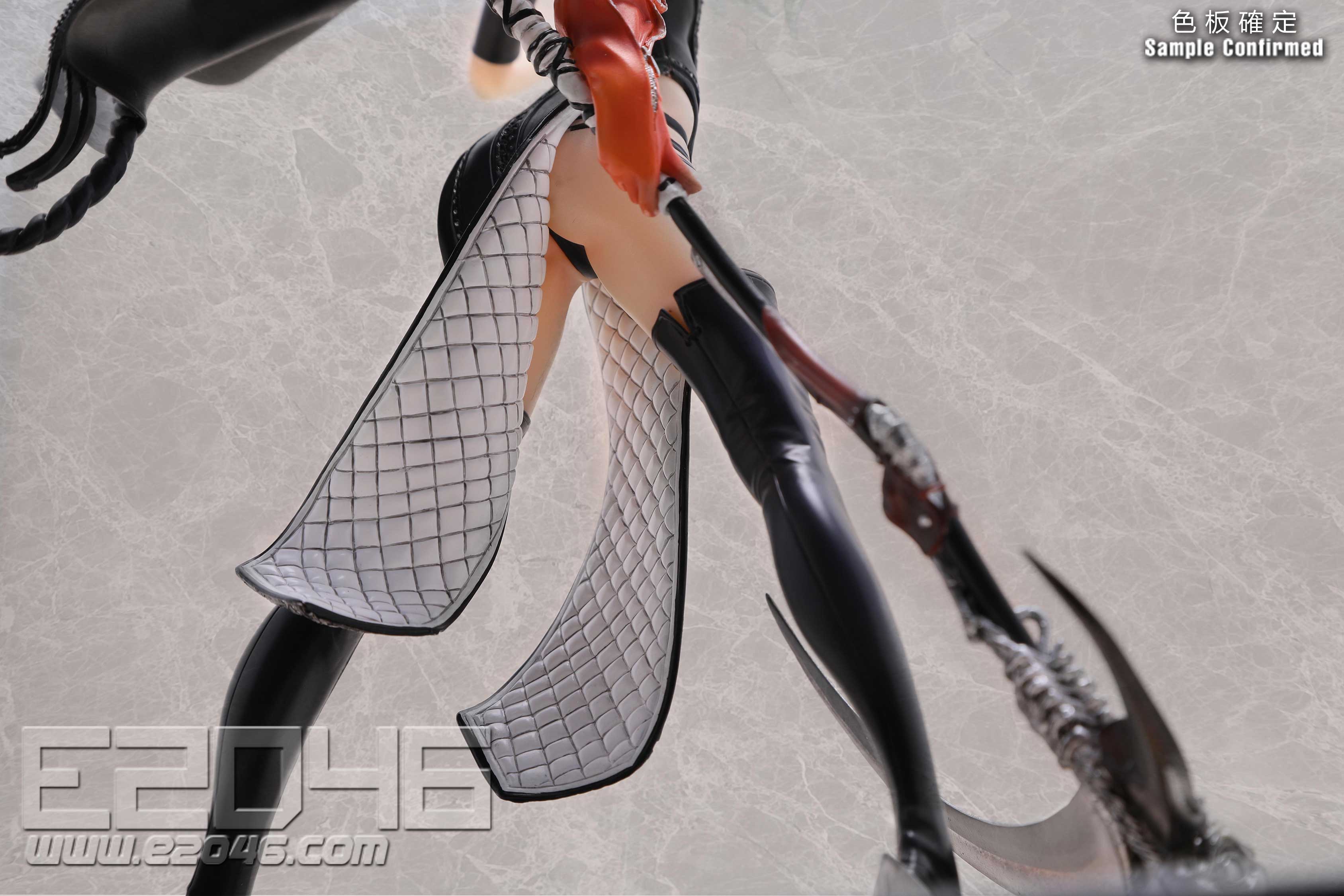 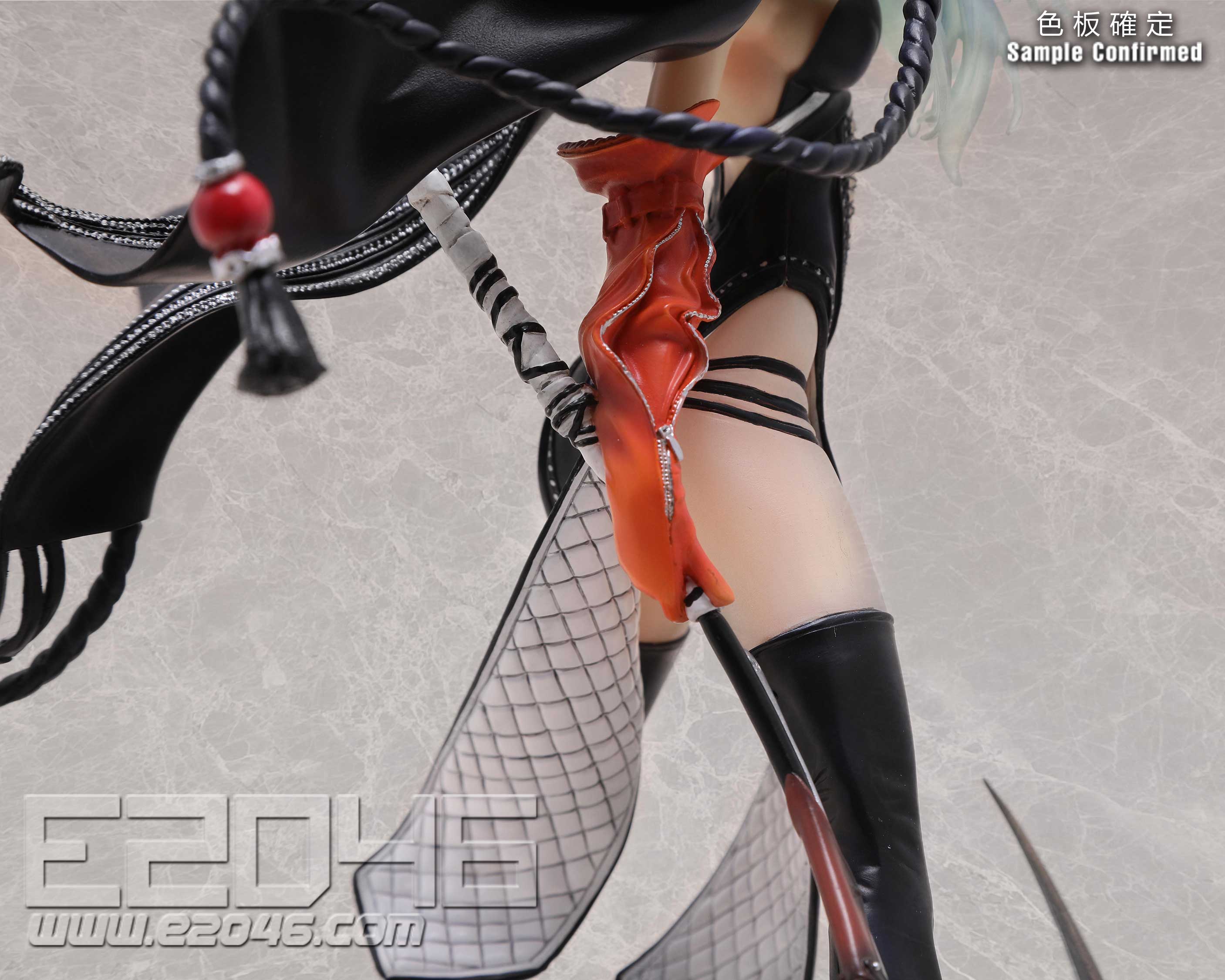 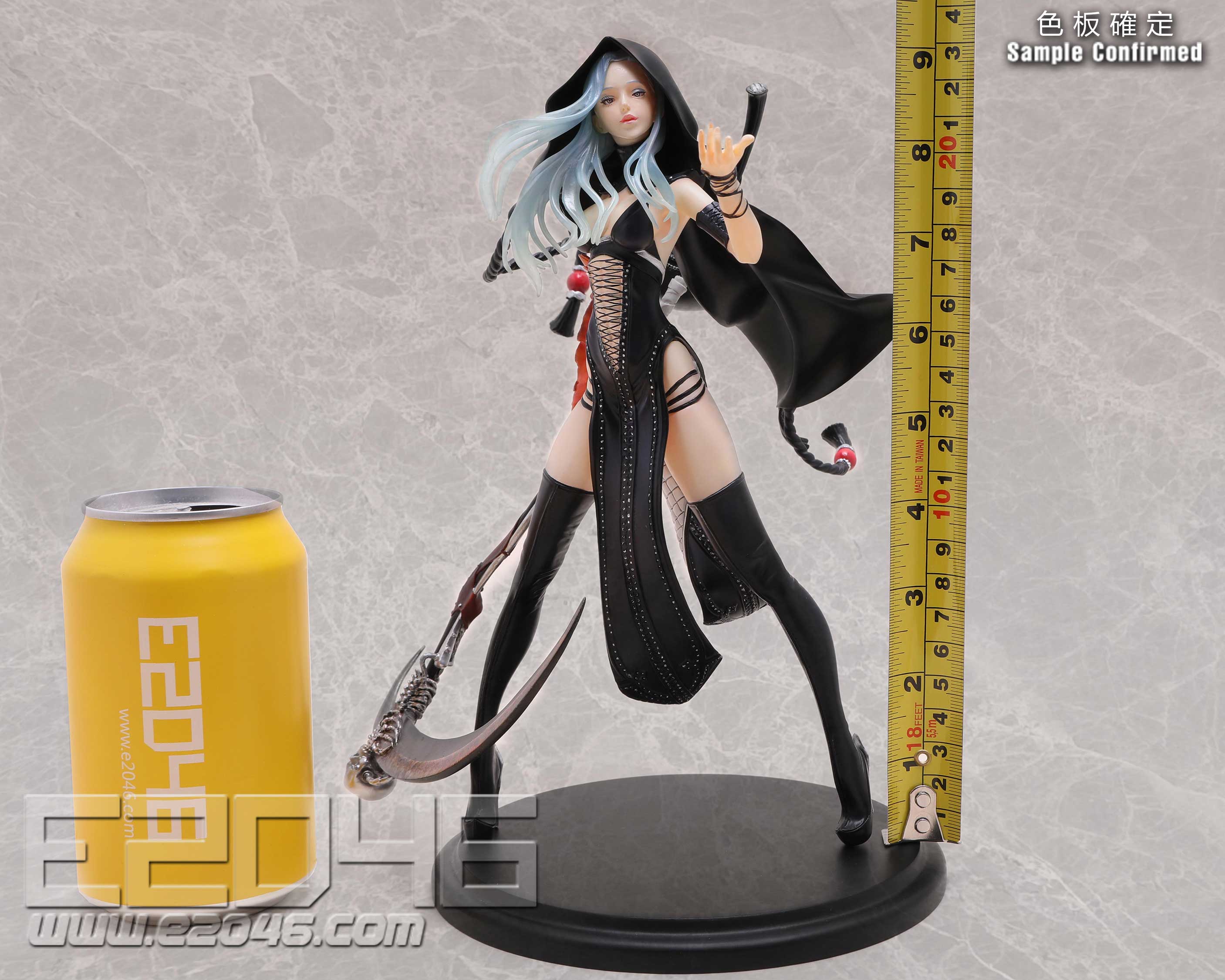 The worst experience from e2046. She has come with broken dress (front part). And her face is terrible. I do not recommend to buy it.

Great detail, fantastic casting , well painted but the hoody was a bit problematic

This is the worst quality prepainted figure I've ordered from e2046. This one was my new order after few years so maybe e2046 quality dropped over the years, dunno. In the past every prepainted gathering figure had own black box with printed image on the cover, had some magnets to better stick parts together and painting was quite good. This time figure came packed only with some universal foam and gray cartoon box. Unfortunately not only box is the problem. On the preorder pictures (not those that you can see now on e2046) figure colours were live, but the figure I've received is pale - black is not real black, it's lighter, more like very dark gray. Same with other colours. Also base on the pictures were quite different than one which came in package. My base was much smaller than one one the original pictures and was stained in some places and got some minor damages. There was also a problem with scyte - it came with broken handle and already glued in WRONG DIRECTION. Also in place where it was broken it was stained with glue and got some paint damage - so it was broken and glued after it was painted! Also some parts had problems to stick together - I had to glue one tassel by the coat. Also the cape all the time falls of the head with even light touch. The cape on the head should be magnetic! There should not to be that big square hole in the head where you have to press the pin of cape. Imagine filled head hole with magnet inside, also magnet in cape, and then cape would be optional to display! The whole figure looks like it was made in big rush. Next time I will think twice (or more) before I will order any prepainted figure from e2046. The pictures of my figure you can check here: https://tufotki.pl/jGB2X

Nicely sculpted body and legs, but the paint job at the side underwear lines was not well painted, looks too wavy and shakey. One of the extension rope lines was broken at the joining area hence it cannot be attached to the cloak. Face is nicely painted. Weapon is nicely painted . Color choice for the weapon welding arm (orange) arm is not the best choice and it seems hastily sculpted/designed to make it thicker to support the weapon weight?

Nice and well cast figure, just the hoody was a bit complicated to get in place. Thanks :)

Figure arrived in great condition (excellent packaging). Paint application on mine is perfect (and really clean for such a small piece - so many well painted thin lines). Two minor issues. The peg/hole attachment for her scythe is too loose, and I will likely glue it into her right arm. The smaller rope piece for her robe looks like they test fit it, and accidentally broke off the peg in the robe when removing it, so I will just have to glue that to the robe.

got to be the worst figure/statue I ever gotten. Does not look like the one I saw in the sample. painting isn't even good. Face painting isn't good.... Can't even put her lower body parts to the upper parts. the dress, front part, broke when I try to do so... This was my first item ordering from this site and I probably would never order again.

Death is absolutely beautiful. A little bit of assembly required and I had to glue one of the minor pieces in place, but I love her and would recommend this figure to anyone that likes quality. It did take about 9 months from initial order, but when it finally got shipped it took 5 days.

The figure arrived in great condition. The pre-painting is okay, I‘m just disappointed with the front part at her dress (very messy lines), also the lines at the side part where the pants are are too thin and I wished the hair would be a little bit darker. 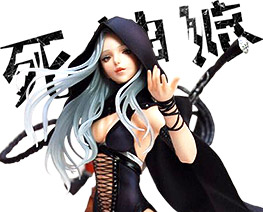 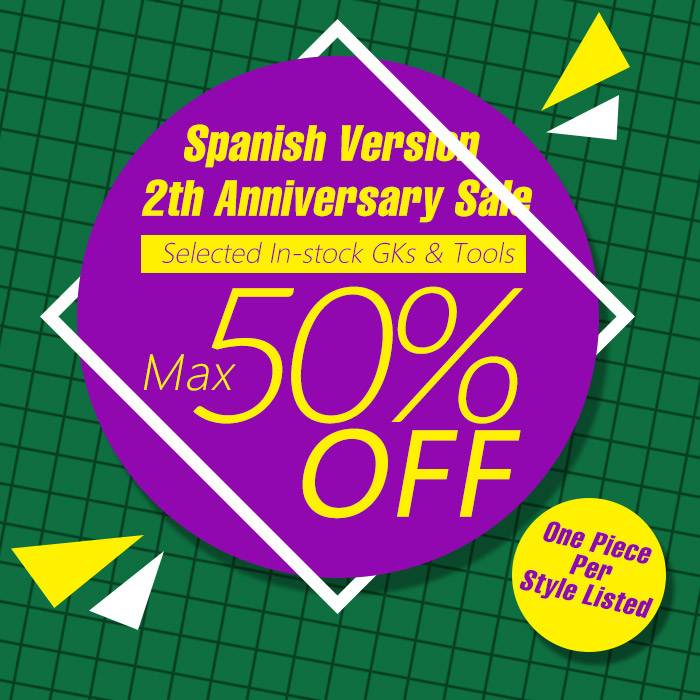