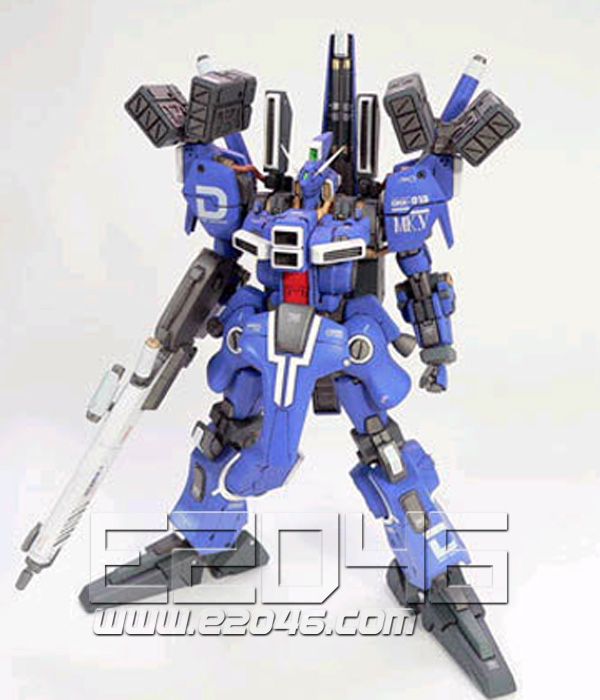 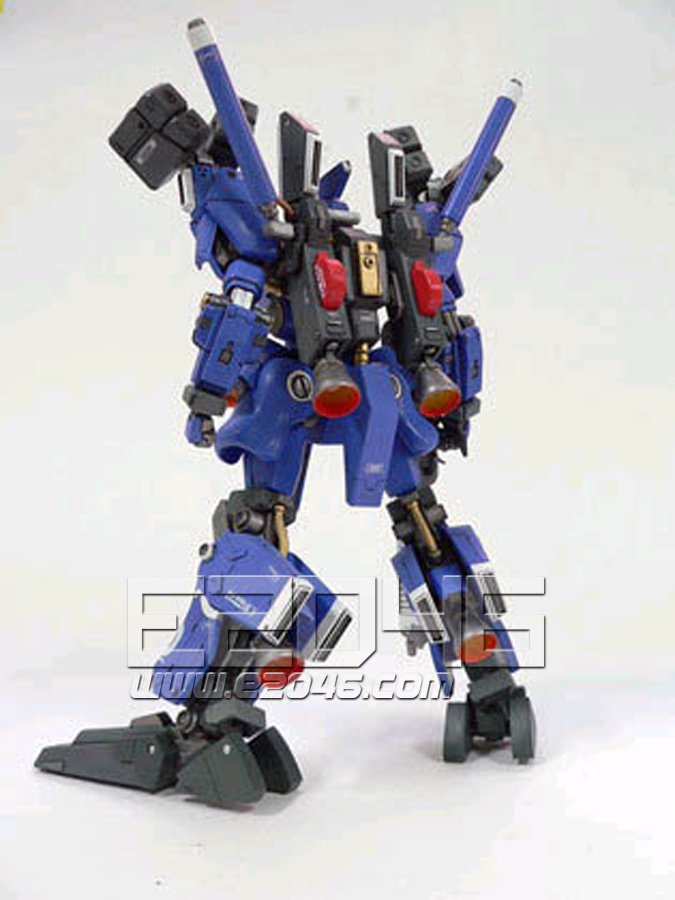 I bought this GK on a sale. e2046 sold & shipped this awesome GK to me in a professional manner. What: The mobile suit was never in any OVA or anime, but only in a graphic novel. To top it off, it was a prototype derived from Mark II & Doven Wolf. Not many have seen it, let alone know it. Good: Perfect packing. Instructions sheet. I laid out the parts like the Parts sheet to look for missing parts. No missing parts. Scale is 1/100, but completed figure is about 24.5 cm which is taller than most MG. As with many gunpla GKs, this GK allows you to choose a pose before gluing. I chose the upright standing pose with both legs tilting outwards & both lower arms tilting upwards & outwards with beam rifle in right hand & shield booster (the triangular thingy on the jetback) in the left. All 4 limps can rotate (peg & hole) before gluing as long as not obstructed. Crouching isn't possible unless you modify the legs. Amazing details for a 2004 (? engraved in a part) casting especially the bust, missle pods & vernier thrusters. Some L & R markings. Full color separation. No masking. 3 fists: 2 for right hands with one for holding rifle. Bad: A bit of warping in tube-shaped parts. Contraction in most boxy parts quite severe. I sanded them as much as possible without removing detail (recessed lines & markings). Putty required. At a distance, you wouldn't notice contraction. Some bad fits. I cut the pegs out, trimmed & sanded the surface. I don't think you can expect much from a 2004 casting. If you're a beginner, get something else. If you're an intermediate builder, build more first. If you're an advanced, nothing will stop you from getting this kit. If you want to build & paint this prototype figure, you don't have any other choice.

A simple component parts. Larger scale than my thoughts. If you buy if the fan Be

Dear All, As usual for E2046, received in perfect condition. No broken parts and in a short delivery time. E2046, thanks again!

Good communication, fast shipping. Very helpful, pleasure to do business with. A big thank you to Christy for helping me out when missing part was found The workshop however was not that good. The kit had several vents and details with silicone mold stuck in them, meaning the next casting done all these details will be gone. In fact mine had some signs of the mold breaking down from previous casting, some bolt details had been covered up