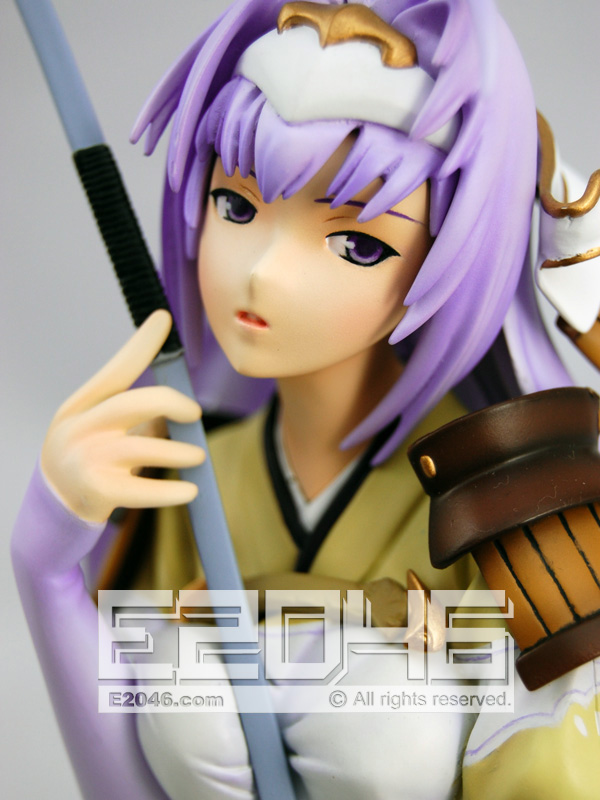 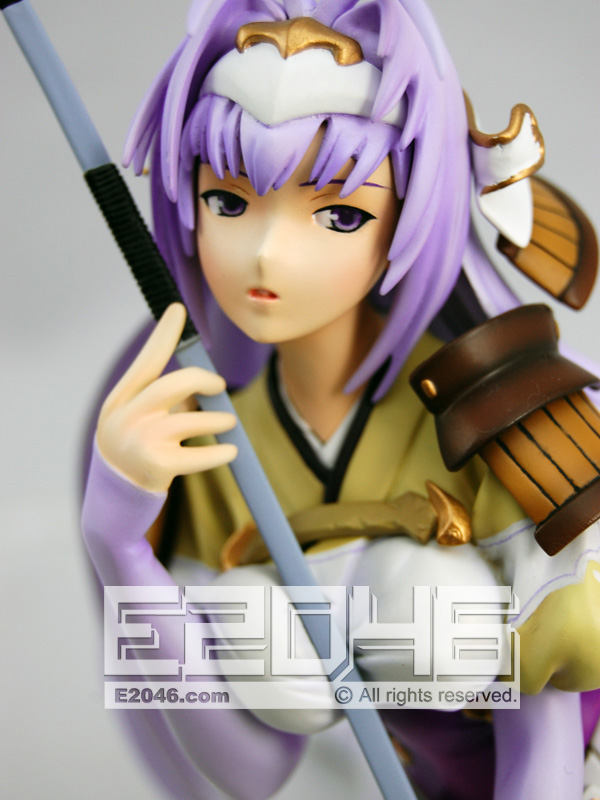 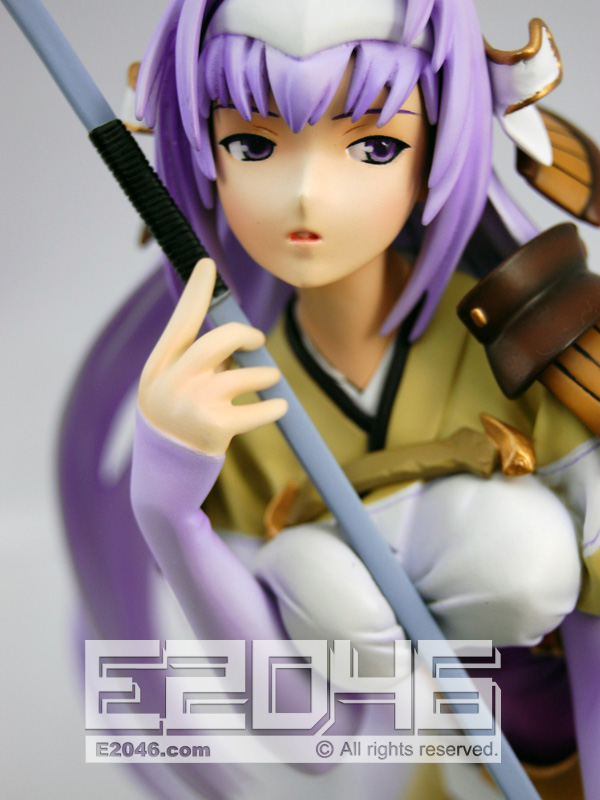 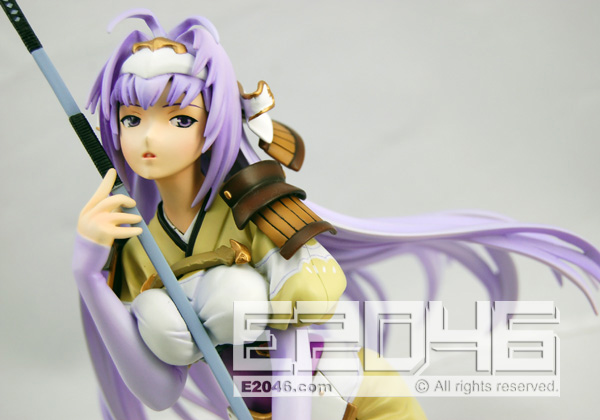 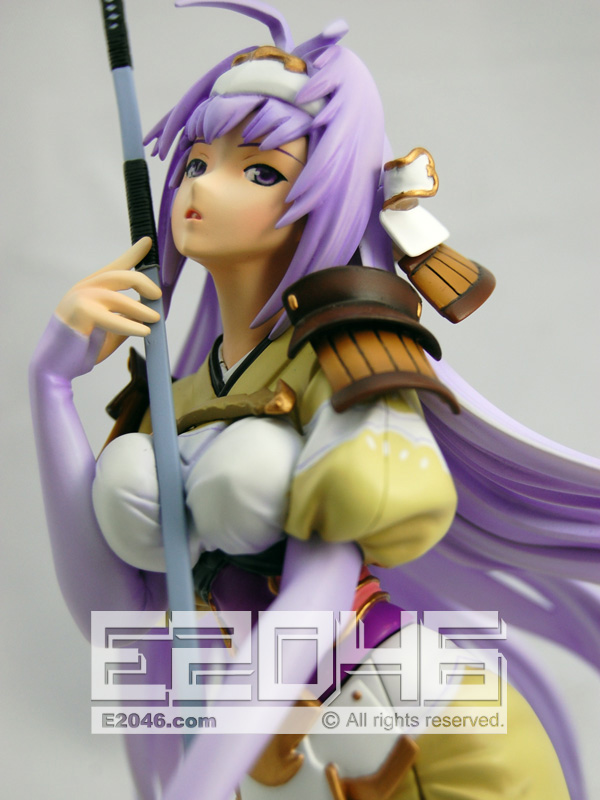 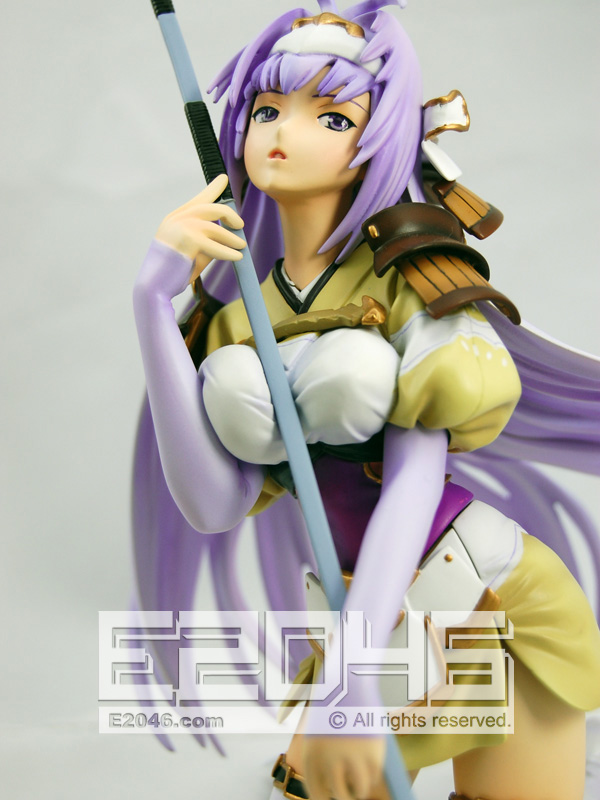 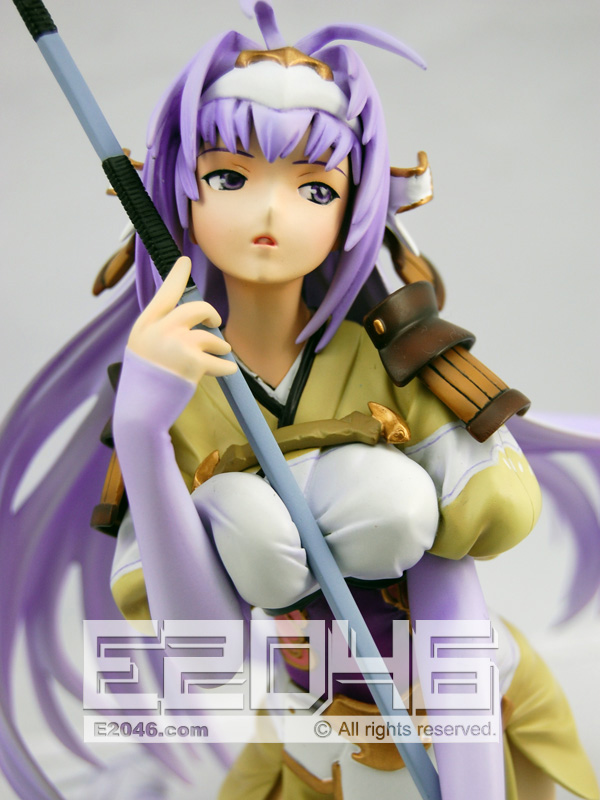 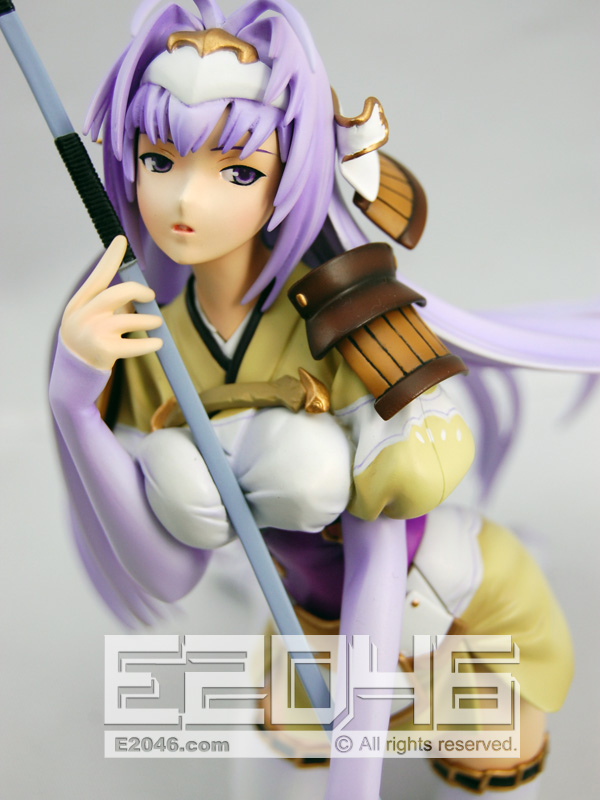 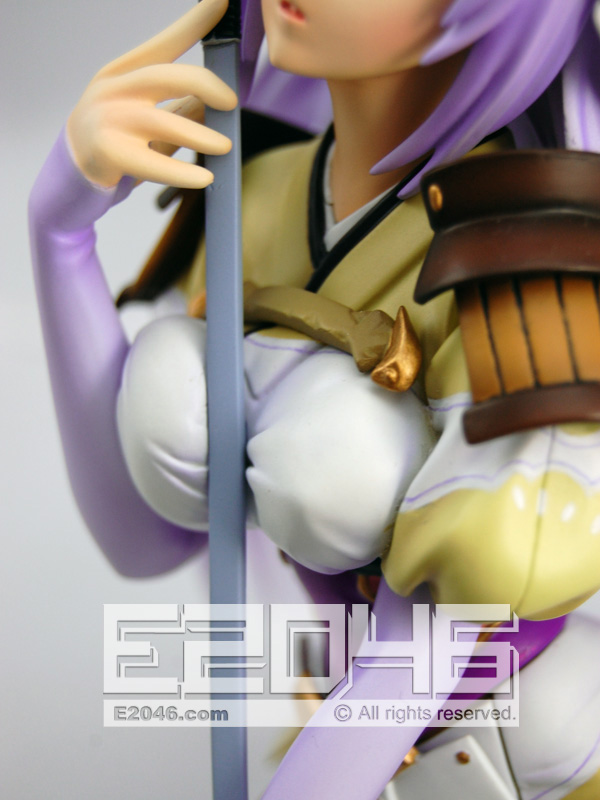 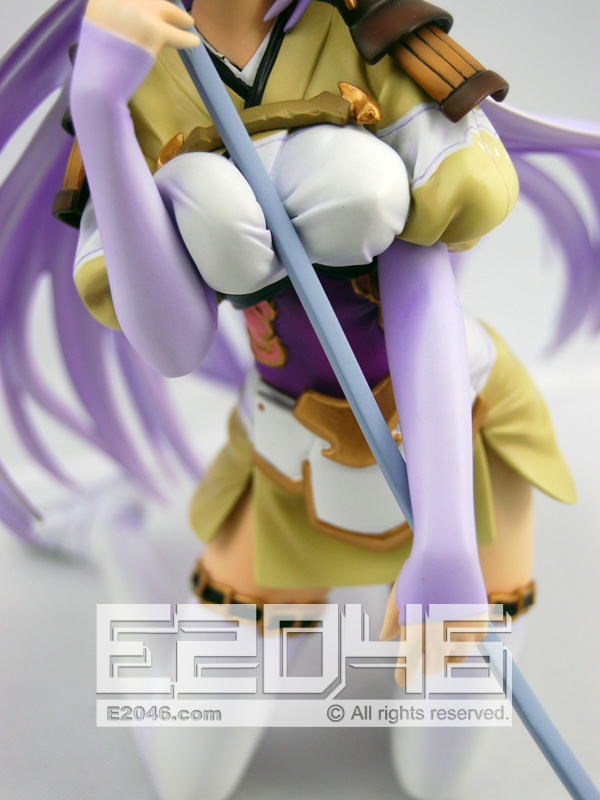 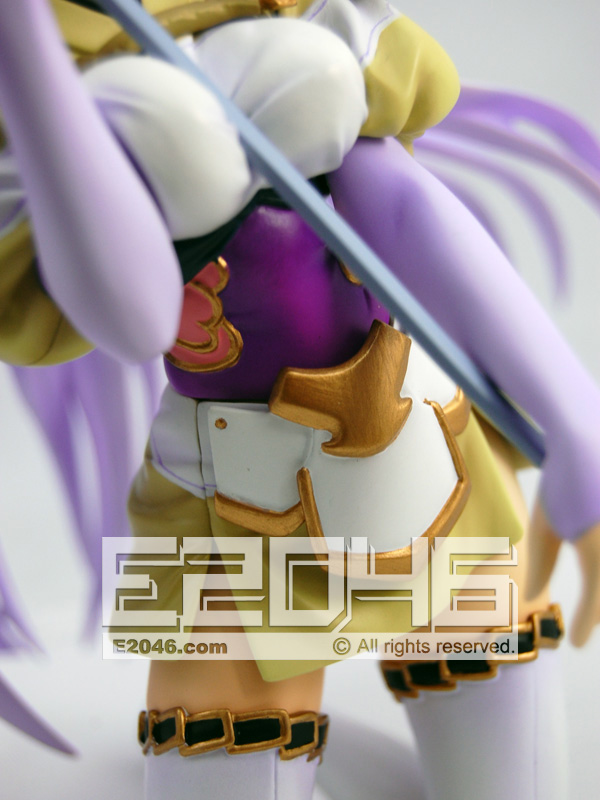 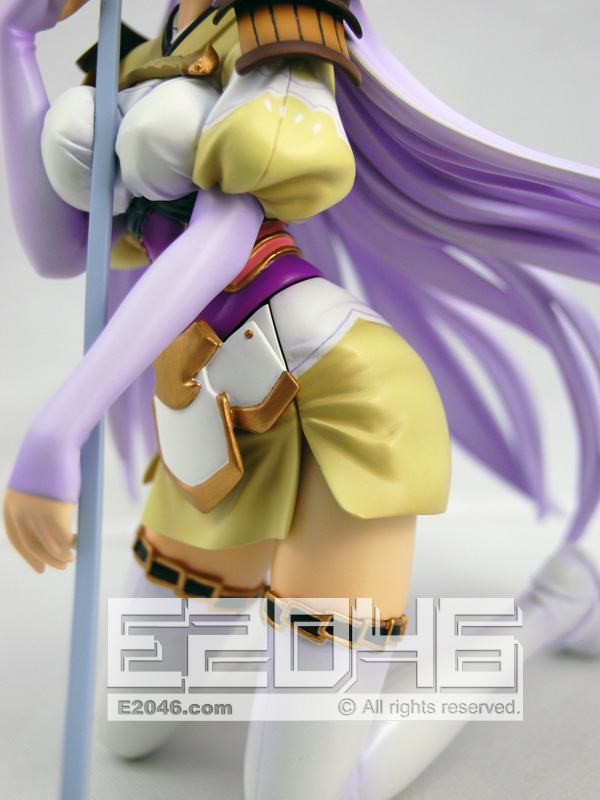 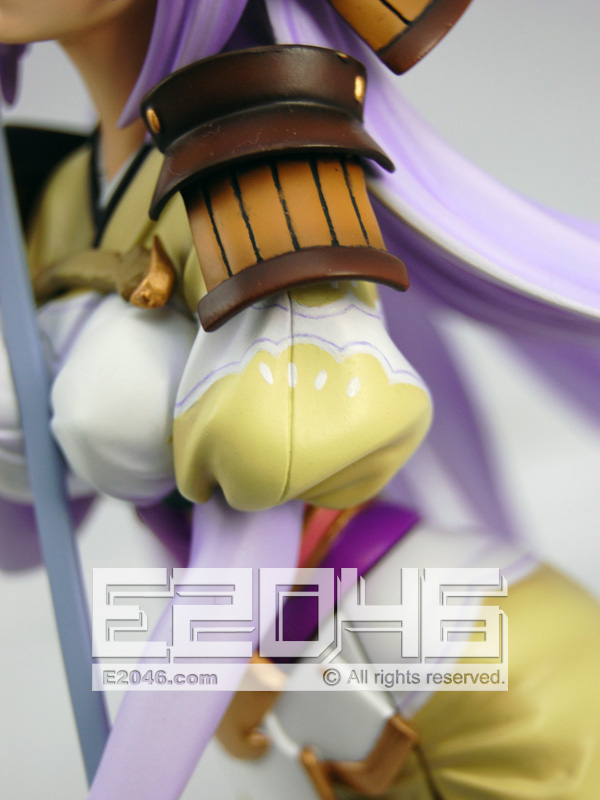 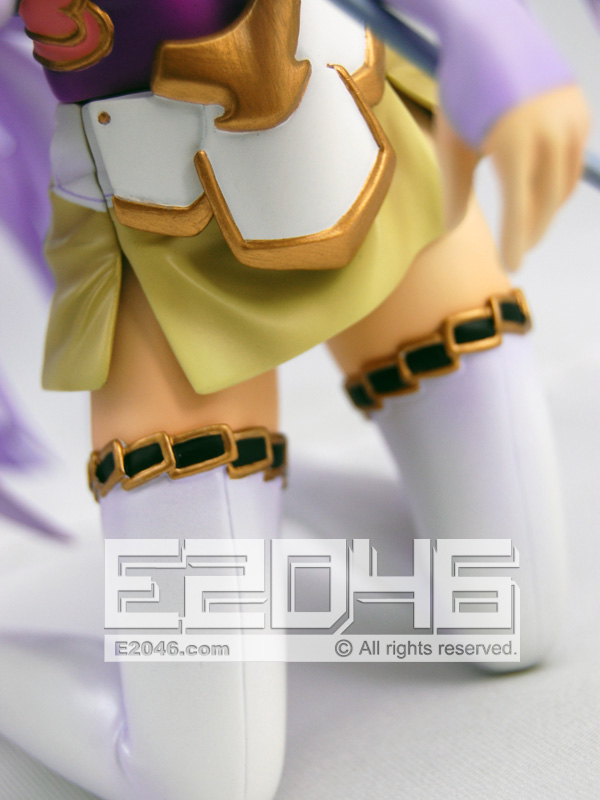 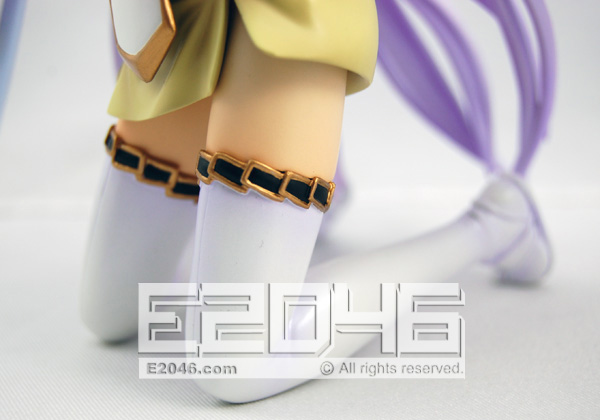 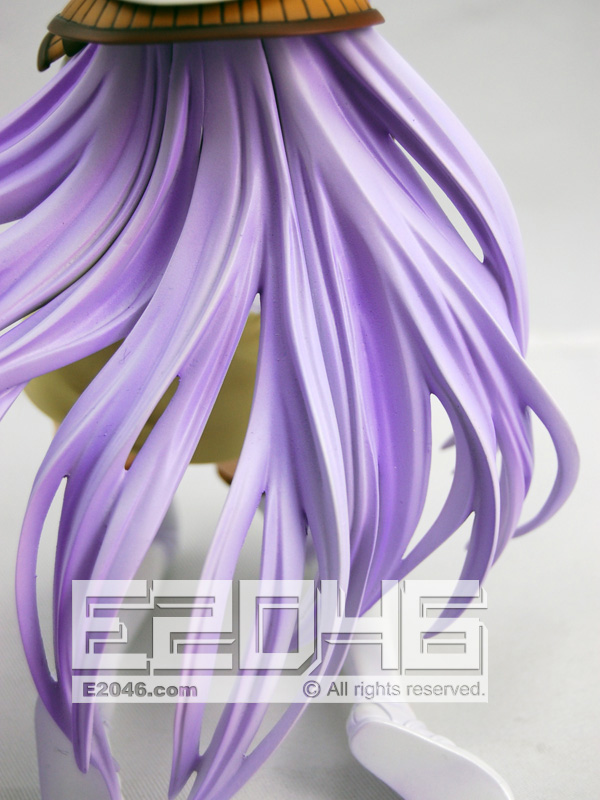 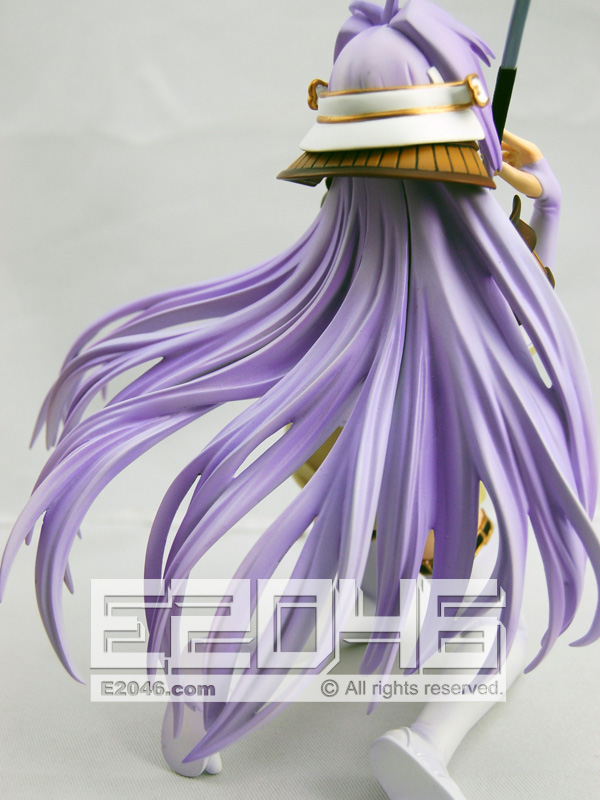 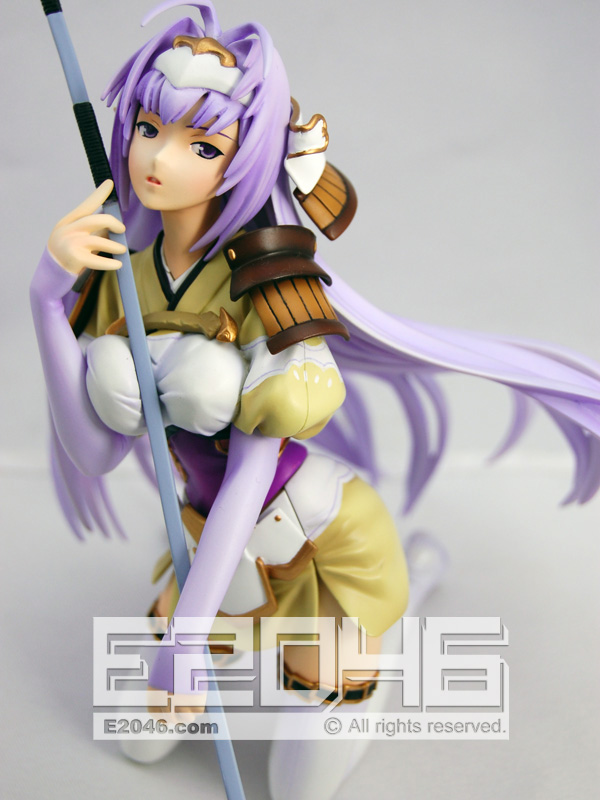 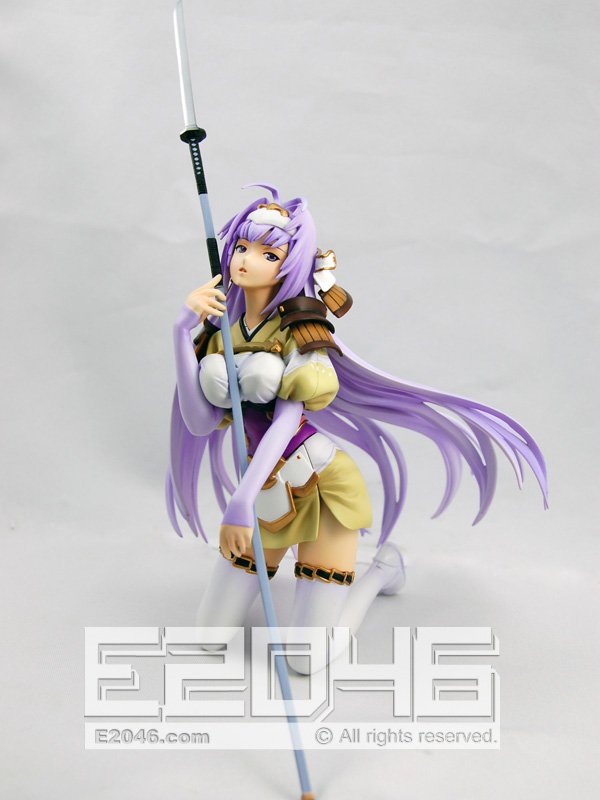 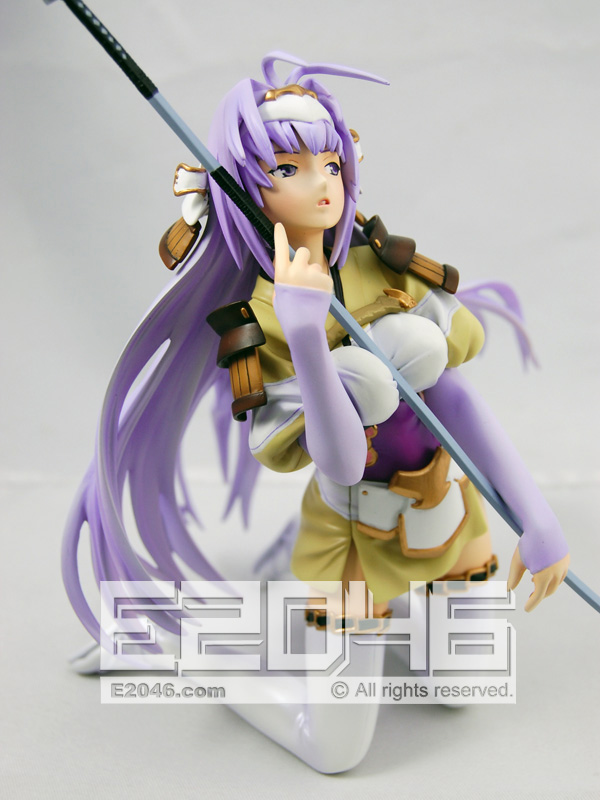 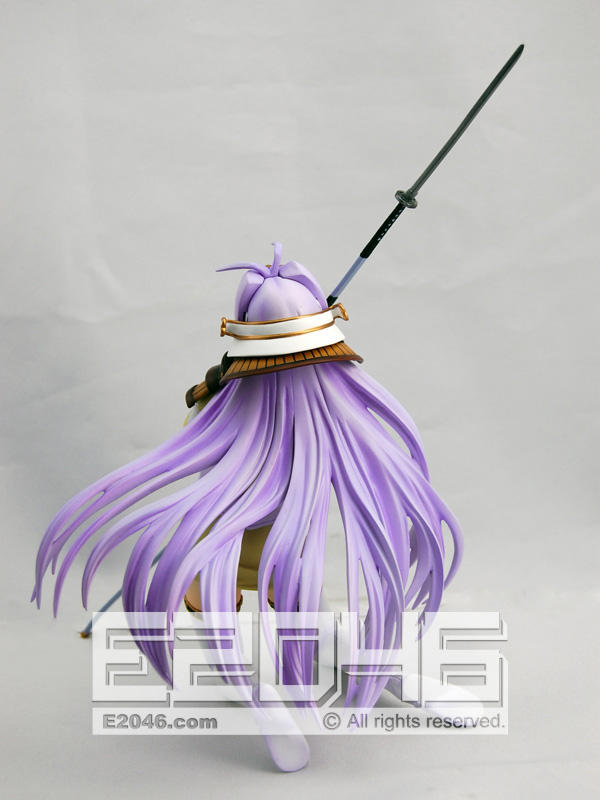 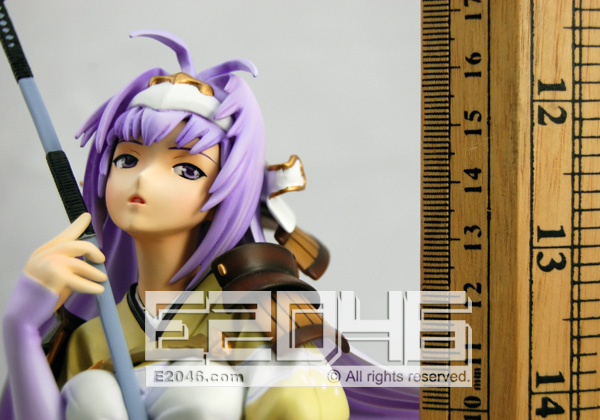 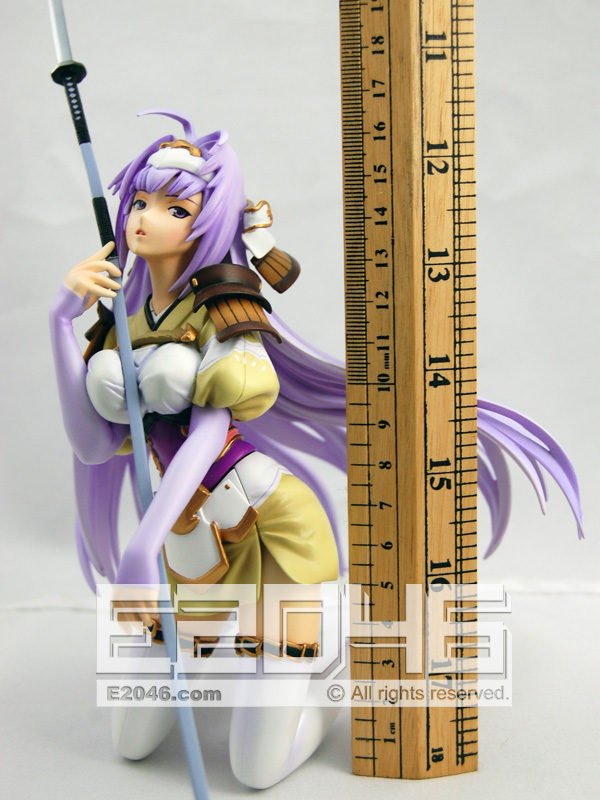 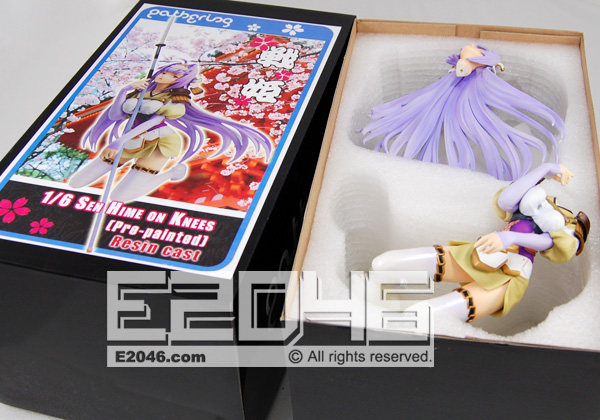 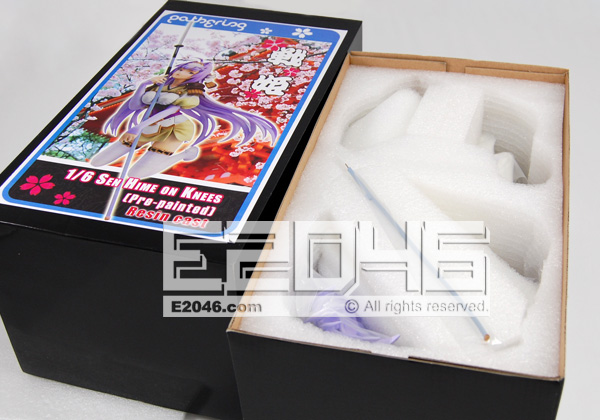 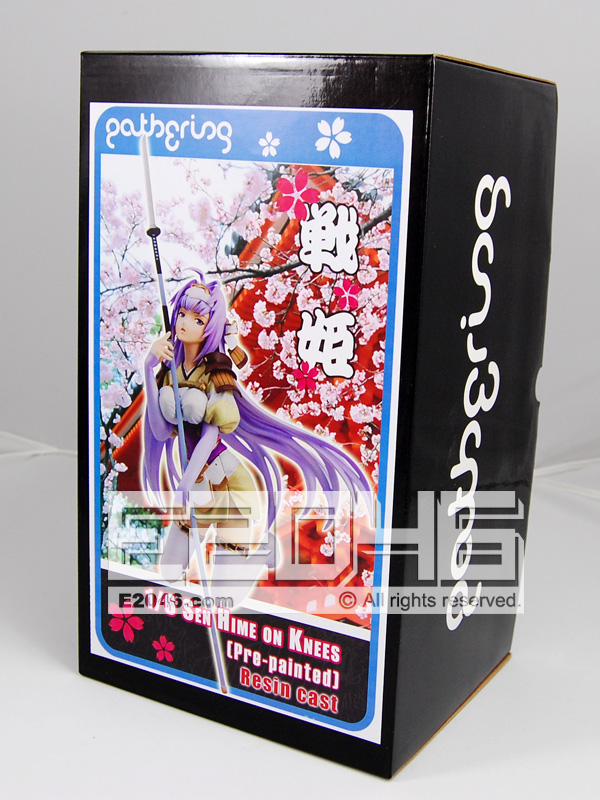 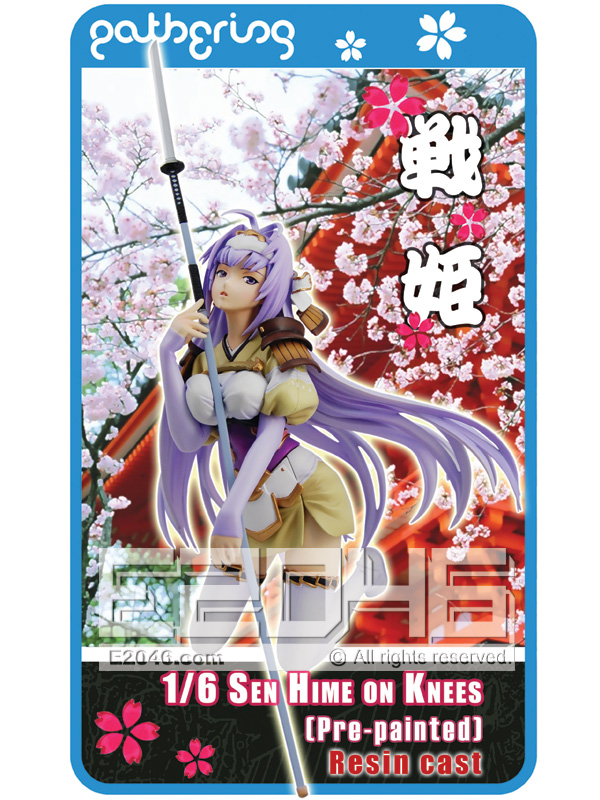 another excellent figure arrived in my house today. quality, colour, action, detail, everthing is better than my expectation, nothting to complain at all. Great job!

Wonderful paint, great design... slightly flawed execution. Let me start by saying that the paintwork on this Sin Hime figure is phenominal. It is some of the best that I have seen by Gathering and I own several Gathering figures at this point. The accuracy of the fine details easily rivals the Alter Sin Hime figure that I have. I also really like several aspects of the design, especially the crisp lines, flowing hair, and facial expression that give the figure a dramatic look. Most of the flaws have to do with the staff on the naginata. The staff arrived warped, and even after straightening with a hair dryer, the design of the figure ensures that the staff stays warped. There are three contact points between the staff in the figure. The top one is drawn in more than the other two, causing the top of the staff to bow out. In addition, the staff is fixed to the figure in the center and is too long unless the figure is positioned on a stand (not included) Without a stand, the bottom of the staff will warp significantly at the bottom. All in all, though, it is a beautiful figure and I am happy with the purchase.

Senhime arrived in good condition and the packaging was very well done and protected the figure inside well. I managed to assemble her without much problems and she is on display. For the full feedback and review of her I have done, do take a look at the following link. http://panther.clanbluepanthers.org/2009/11/30/%e6%88%a6%e5%a7%ab-warrior-princess/ Thanks, E2046, this was a really fine resin figure for the introductory level and the Gathering team did a fine job.

My second Sen Hime kit from Gathering. As sweet and beautiful as I expected her to be. My only complain is that the kit doesn't include a display base. Just because there's no place for a pin to dock her to the base (she's on her knees) doesn't mean that we don't want to display her properly, right? We can always buy it separately, but maybe it would be better if it was properly announced to us customers while placing the order, so that we can order the base along with the kit.

another excellent figure arrived in my house today. quality, colour, action, detail, everthing is better than my expectation, nothting to complain at all. Great job!

The item was in perfect condition and there was nothing broken. E2046 packed the item properly and shipping was very fast.

Nice colors and quality. If only it comes with a display base.

Hi Sen-Hime arrived safety yesterday . The package is well protect and look beautiful . For Sen-Hime I must say perfect , very detail , good color shade . I very please to have her. Thank you.

She arrived today without any breaks. Like others who commented, her staff was a little bent, cast that way I suppose, but it looks just right in her hands. Her hair is what drew me to this piece and it really is the highlight. While not my favorite design, Gathering did a splendid job with her.

I love this figure, it's well painted with excellent shading. The hair is just fantastic, I just love the colour and all the work that has gone into making her armour look great really has paid off. My only gripe in that the lance could have been packed a little better instead of just loose and has resulted in it being slightly bent. A display base (mirrored) would have also gone down a treat. All in all still my favourite gathering figure so far.

I love Sengoku Rance figures is this one I particularly love is fantastically done. Colors are perfect especially on the hair which is so detailed ! Absolutely zero defect. Perhaps the little rod is a bit curved, but I should be able to repair it with some heat. One of my favorite gathering

Hi 2046, Got the item, the packaging had protected the product well and everything was in great condition. The figure was very well done, right down to the colors. Best regards JW

Nice and quality figure, but it would be better if she would have her breast smaller it looks kinda huge, kinda not natural (imho), but still great work.

The package came very fastly and it was very well protected. The figure was very well placed inside and the pieces separated well to avoid frictions. (I was afraid that the hair was coming damaged but when it extracted of the box it did not have any hurt.) The quality of the figure is excellent and the very elegant details. Put it of the figure it is original, nevertheless I begins in a pedestal is absent.

As usual, another great and marvelous product from E2046 She is simply amazing. The paint job and the details is nicely done. 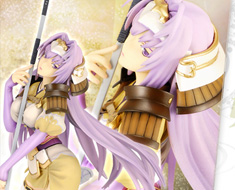